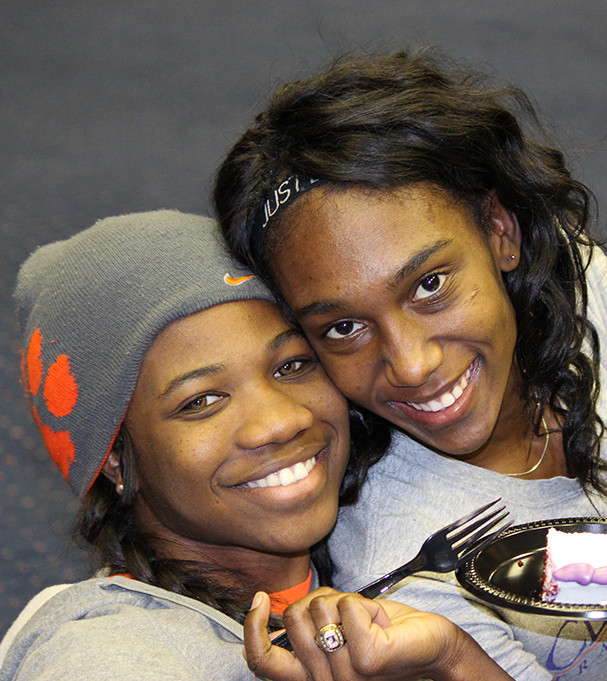 What do you do when you’ve just won the athletic department’s second ACC Championship of the academic year? Why, celebrate of course.

That’s just what the women’s track & field program did Tuesday. First, Mark Elliott gathered his entire staff, as well as the men and women that make up Clemson’s track & field teams, for a short celebration in the McFadden Building.

The team’s highlight video from this past weekend was shown, and then Elliott made a few remarks about his team’s performance before a crowd of athletic staff supporters. An impromptu appearance and motivational talk from football coach Dabo Swinney followed, before cake and refreshments were served to commemorate the program’s achievement.

Then, Elliott and his team appeared during halftime of the men’s basketball game against NC State. Fans graciously applauded the Tigers, who brought home their fifth ACC Indoor Championship in the last six seasons.