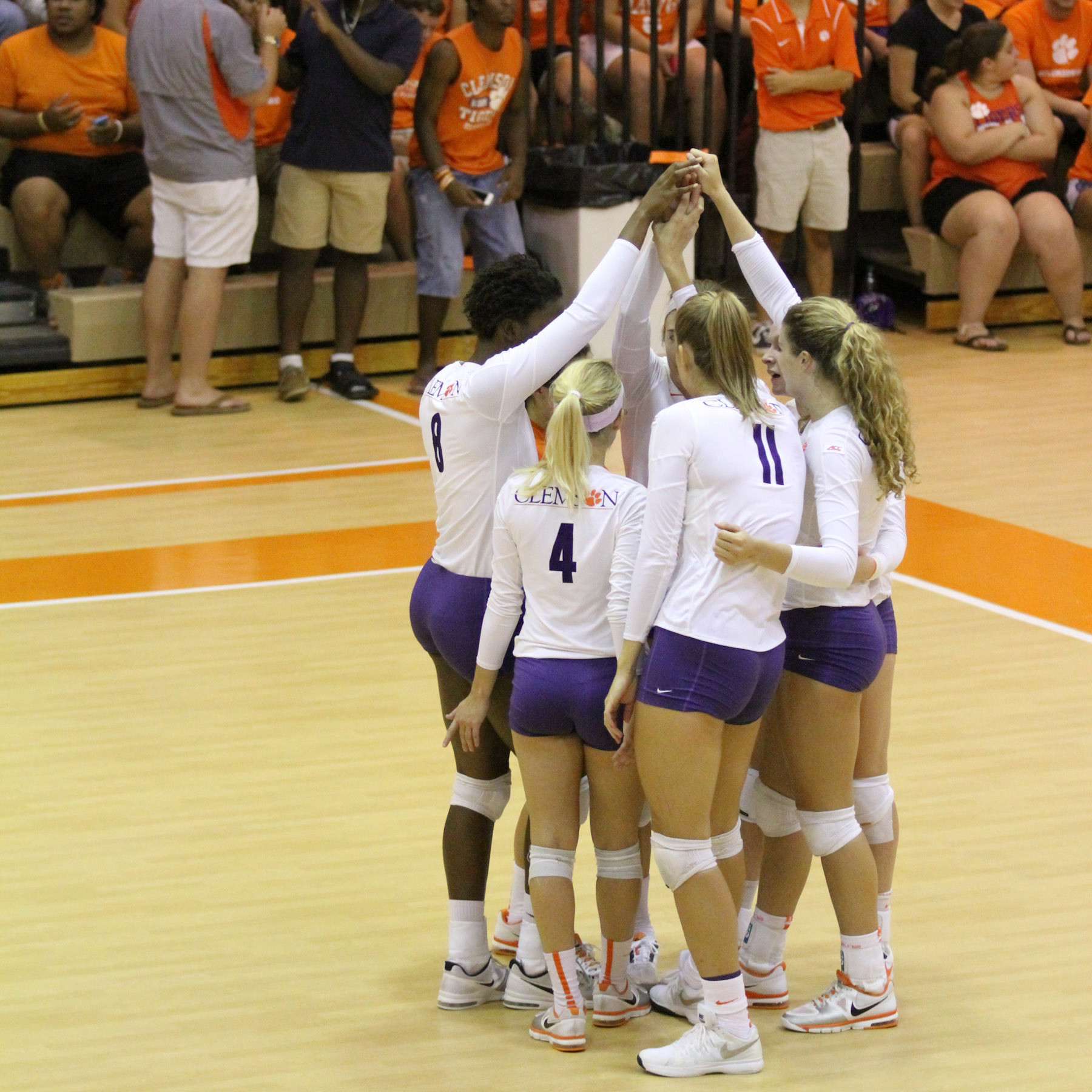 Charlottesville, Va.– The Clemson volleyball team dropped a four-setter against the University of Virginia on Friday, 23-25, 19-25, 25-19, 22-25 at Memorial Gym in Charlottesville, Va. The matchup was the first of conference play and drops Clemson to 11-3 overall on the year. The Cavaliers improve to 8-6, 1-0 ACC, but the Tigers still hold a 40-17 lead in the all-time series.

The Tigers had 14 blocks, including eight from senior Beta Dumancic, and had a balanced offensive effort. Sophomores Leah Perri and Irem Bayramoglu had 12 and 10 kills, respectively, to lead the way. Haleigh Hampton had nine kills and five blocks on the right, while setter Kate Federico had a strong all-around effort, with 38 assists, eight digs and seven kills, while guiding the offense to a .262 mark.

Clemson battled back and forth with the Cavaliers all match. After dropping the first set in a close one, the Tigers struggled to keep up on offensively in the second, hitting only .097, and falling behind, 2-0. However, the Tigers got back into the match in the third set with a 25-19 win, and looked to be in control with a 17-13 lead in the fourth set.

However, a 9-1 Cavalier run late in the fourth set turned the four-point Clemson lead into a 22-18 advantage for the Cavs. Clemson scored the next three, but Virginia closed out the match, scoring three of the final four points.

Virginia’s offense racked up an opponent-season-high 67 kills, including a match-high 21 from Kayla Sears and 15 from Tori Janowski, and hit .288.

The Tigers are off for a week before traveling to Coral Gables, Fla. to take on Miami on Oct. 3. The home ACC opener will come against a top-25 North Carolina squad on Oct. 5 at 1 p.m, Clemson’s first home match in 22 days.