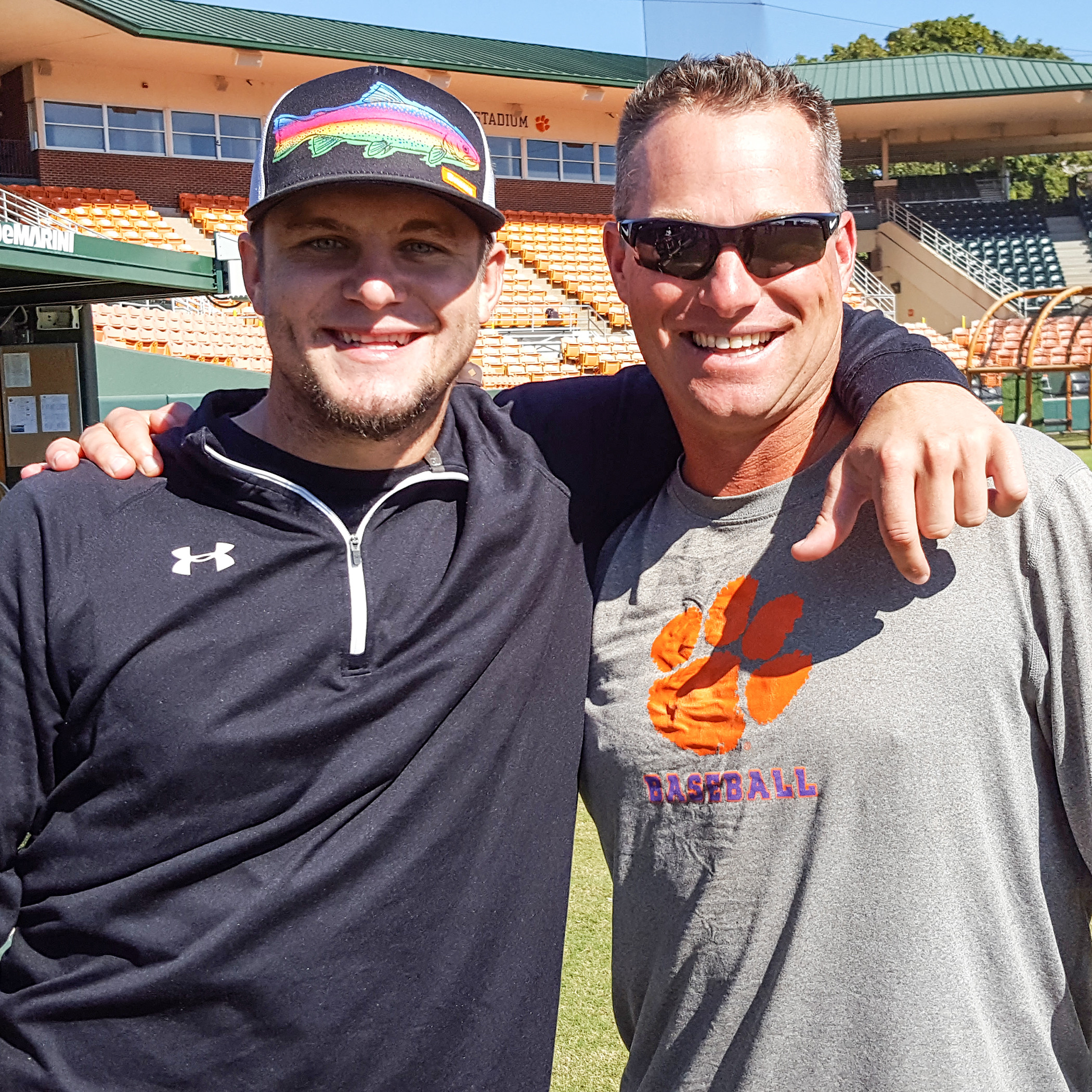 Catching Up With Chris Okey

On May 29, Chris Okey was the catcher of the 2016 ACC champion Tigers. One week later, he played his last game in a Tiger uniform, and the following Thursday, he was selected 43rd overall in the MLB draft by the Cincinnati Reds. On June 17, he played his first professional game with the Billings Mustangs, the Reds’ rookie affiliate in Montana.

And after playing just nine games with Billings, Okey was called up to the Reds’ A team in Dayton, Ohio, where he finally settled into a professional routine as a Dragon for the rest of the season.

“My favorite part is getting to play baseball every day,” said Okey of his transition to professional baseball. “I get to wake up, I get to play baseball and go to bed. That’s definitely the best part.

“But the way things changed was unbelievable. It’s a change because you’re getting paid to do it…it’s my job. It’s not a hobby anymore.

“I still love it and treat it like my hobby, but at the same time, it’s a business. You’re getting paid to go out there and perform, so it’s a lot different in that aspect.

“You’re getting evaluated every single day by different people. It’s really cool to be a part of the Reds organization and keep learning.”

Because of that 20-day whirlwind, the newness of professional baseball did not really hit Okey until he arrived in Dayton. But once he reached Ohio, he began to appreciate that his dream of playing professionally was finally being realized.

“It didn’t really feel like a first pro game…it just felt like I was playing another game,” he remembered. “It didn’t really hit me until I went to Dayton. In my mind, I was still caught up in our season, because it had just ended so recently. Once I got moved up from Billings to Dayton, though, I was like, ‘OK, this is different.’ And once I got through that stretch where I was still playing baseball while all my buddies were moving into Clemson for their senior year, that’s when it hit me.”

Though seeing his former team reunite in Clemson without him was what solidified his professional status in his mind, Okey knows he always has a family in Tigertown to come back to. In fact, he and former teammates Tyler Krieger and Steven Duggar, who are now in the Indians and Giants organizations, respectively, have chosen to all train together this offseason, showing the bonds they formed at Clemson.

“It’s incredible,” said the catcher of being able to come back to a place like Clemson. “The facilities in themselves are second-to-none, but when you get to work out with guys like ‘T.K.’ and Duggar, the guys who I really got to learn from when I first got here, it’s really cool to keep picking their minds.

“It’s amazing how fast the three years went by, and now we’ve all reached our goals of getting drafted and taking it to the next level. But now it’s going to be fun because we get to come back here to this beautiful field, and it’s a special place.”

For Okey, being drafted “ended a very special time at a very special place,” and he is grateful for everything he learned and experienced during his years as a Tiger.

“Clemson prepared me for the next level in many ways I can’t describe,” the 2016 first-team All-American reflected. “Off the field, on the field, the things I learned…I’ve been blessed to play for two of the best coaches in college baseball in Jack Leggett and Monte Lee. I learned so much from those two coaches, including from coach Lee and his hitting philosophy.

“It’s almost indescribable, honestly. You meet so many cool people here and you get to play in front of the best fans in college baseball at the No. 1 stadium in the ACC. You can’t beat that. It was the best time of my life here.

“The best decision I ever made was to come to Clemson, and I’ll stand by that forever.”