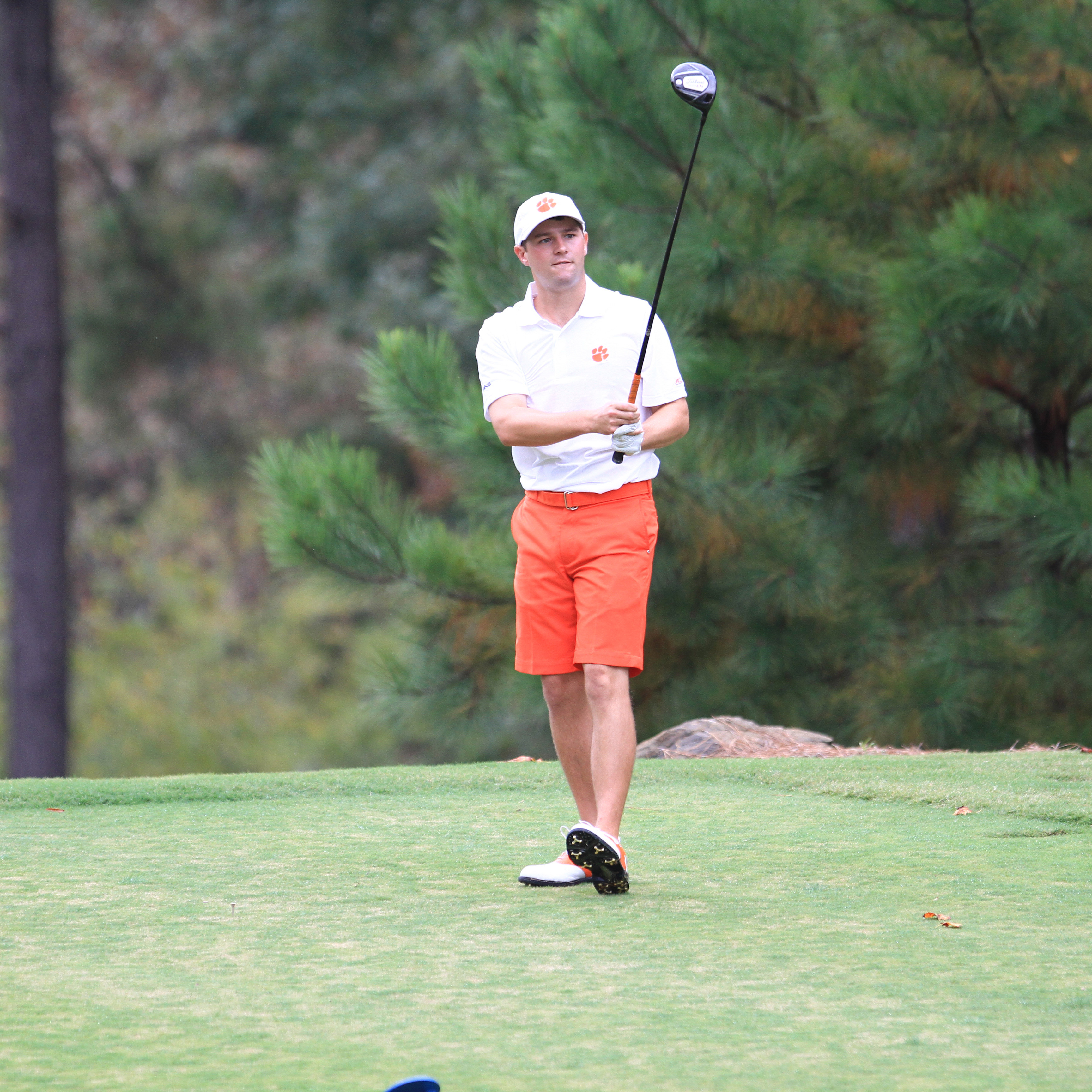 Capps Leads Clemson in Second Round of NCAAs

Bradenton, Fla—Miller Capps had a second round 76 to pace Clemson at the NCAA National Tournament at Concession Golf Club in Bradenton, Fla on Saturday..  Clemson enters the third round with a 615 stroke total, 30th in the field of 30 teams.

Capps led the Tigers with the 76, while sophomore Austin Langdale had a 77.  Senior Billy Kennerly and junior Stephen Behr both had rounds of 78 and Cody Proveaux had an 80.

Capps was three over for his first five holes, then played the last 13 in just one over.  Langdale had three birdies on the day, but finished with bogeys on each of his last three holes to score a 77.  Kennerly, Clemson’s only senior, had a rough day around the greens and never made a birdie.  He missed four birdie putts from 10 feet and in.

The Tigers actually got off to a fairly good start and shot just six-over-par on the front nine, six shots better than their first round score on Friday. Clemson was still just eight shots off the cutline at this point.

But, Clemson had problems with the 608 yard par five 13th hole.  First Cody Proveaux made an 11 on the hole when he hit his drive in the water, then lost a second ball in the woods.   Behr, Clemson’s very next player, had an eight on the hole and later Langdale had a double bogey seven.

Proveaux was Clemson’s non counter with an 80, but he would have been Clemson’s top golfer on Saturday had he made a bogey on the 13th hole.  He was just three over par other than that hole.  After the 11 on 13, he did not hang his head and shot two under par over the last five holes.

Southern California is the leader of the team competition with a 574 score, two under par.  The Trojans are the only team under par after 36 holes and they have a three-shot lead over Illinois.  Bryson Dechambeau is the individual leader with a 137 total.  Clemson’s top golfer with Langdale with a 149 total, tied for 50th in the individual race.

After Sunday’s round the top 15 teams will advance to the fourth round of stroke play.  Clemson is 21 shots off the cutline so Sunday’s round will likely be the final round of the season.  Clemson will begin play at 8:40 a.m. off the 10th hole with Proveaux out as Clemson’s first player.