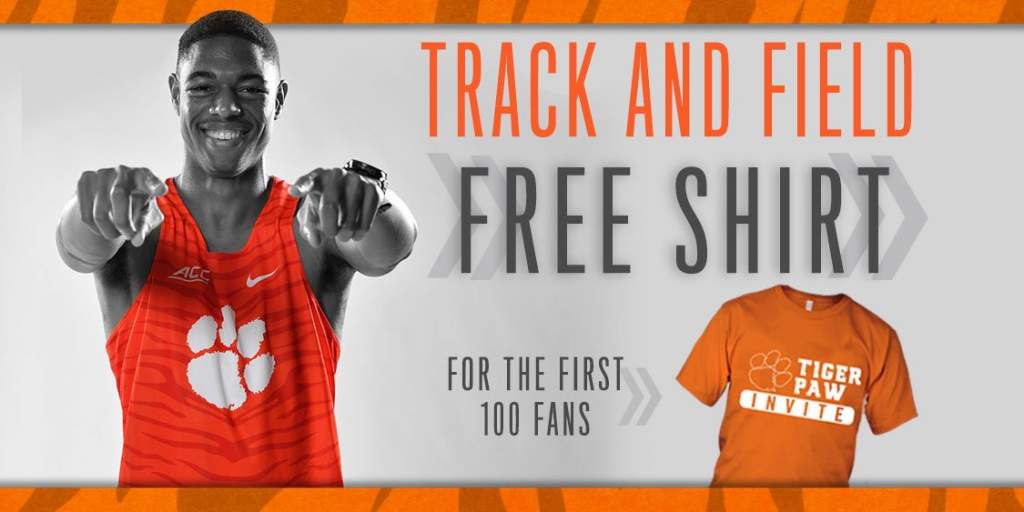 CLEMSON, S.C. – In just his fourth outing as a Clemson Tiger, sophomore LaFranz Campbell placed third in a stacked 60m hurdles final at the Tiger Paw Invite on Friday, which was held at the Clemson Indoor Track & Field Complex. Campbell nudged his way through the preliminary round to set up a huge performance in the finals. The Wiley College transfer, who secured the last spot in Friday’s final, achieved a personal best of 7.82 seconds to place third overall. Campbell surpassed his previous best – also a team season best – of 7.85 seconds. Entering today’s meet, Campbell ranked third in the ACC and No. 23 in the NCAA.

In the sprints department, Rebekah Smith proved why she is one of the most consistent runners in the nation. The junior ran 7.29 for the third time this season in the women’s 60m dash. Smith automatically advanced to Friday’s final after winning heat No. 2 of the preliminary round. Smith’s season-best time of 7.29 seconds is currently good for No. 3 in the ACC and tied for 14th in the nation. Smith will have at least one more chance to improve her nationally-ranked time at the ACC Indoor Championships, which are slated for Feb. 21-2 in Blacksburg, Virginia.

On the men’s side, newcomer Marcus Parker made his Clemson debut in the men’s 60m dash. Parker got off to a good start, advancing through Friday’s qualifying round with a time of 6.80 seconds, which was good for second place in heat No. 3. Parker then registered his second PR of the day in Friday’s preliminary, clocking 6.79. Parker’s time in the 60m is a team best this season and just 0.05 seconds shy of cracking the top-8 in the ACC, which would put points on the board for the Tigers at ACC Indoor Championships.

Sophomore Deonte Tolbert posted his personal best in the invite section of the 400m dash. Tolbert crossed the finish line at the 47.13 mark. Tolbert shaved off three-tenths of a second from his previous best and holds firm at No. 9 all-time in program history. His time is also currently good for No. 3 in the ACC.

Posting his team-leading mark and season best in the men’s long jump was senior Chris McBride. McBride, Clemson’s program record holder in both the indoor and outdoor long jump, flew for a distance of 7.47m (24-6.25) on his fifth attempt of the day and second attempt in the finals round. His mark would be good for second in the ACC entering the weekend. McBride placed fourth overall.

The Tiger Paw Invite resumes tomorrow (Feb. 9), beginning with men’s weight throw and flight No. 1 of the men’s pole vault at 9:30 a.m.