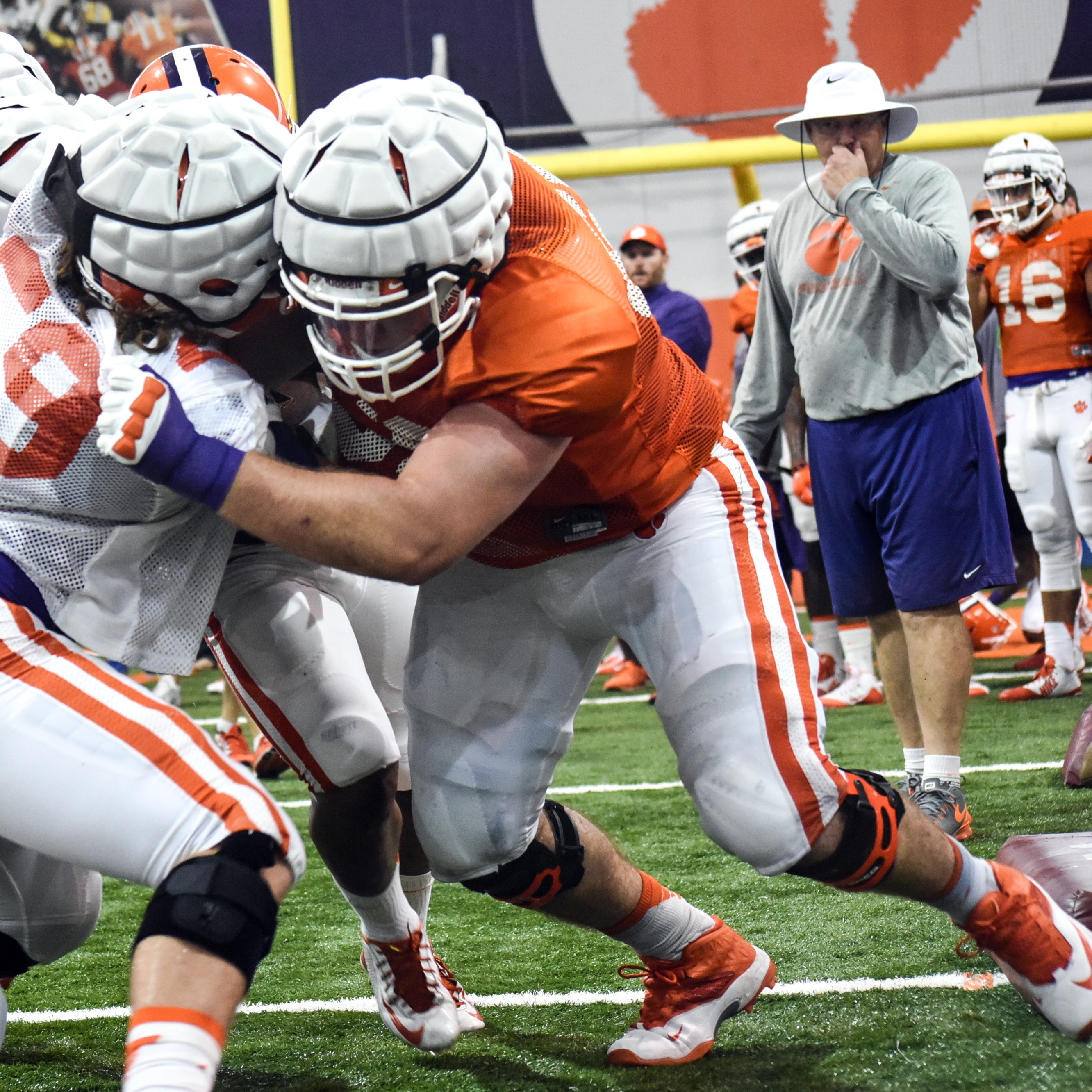 The video above shows Clemson’s offensive line progressing through meetings, workouts and even virtual reality sessions, leading us to where we are today, past the halfway point of August camp.

Clemson’s big bodies up front are always under a microscope, but maybe even more so this season with just one returning starter in addition to the influx of talent the Tigers have acquired in recent years.

Many pundits across the landscape of college football expect big things from a Tiger offense that features an electrifying quarterback in Deshaun Watson, a deep cast at running back and tight end, and a stable of wide receivers led by the dynamic duo of Artavis Scott and Mike Williams.

So, what are the expectations for the guys up front, charged with protecting Watson so he can put the ball in the hands of the weapons around him?

Talk to Dabo Swinney or position coach Robbie Caldwell, and the expectations are as high as ever. Even without departed seniors David Beasley, Kalon Davis and Reid Webster. Even without Isaiah Battle, the departed left tackle taken in the NFL’s supplemental draft last month.

Eric Mac Lain, the leader of the unit and a fifth-year senior, talked openly with reporters that he’s been encouraged by the group’s play — particularly over the past few days.

A head injury to Ryan Norton, who is expected back sooner rather than later, has allowed the coaches to get a long look at both Justin Falcinelli and Jay Guillermo at center. The starting guard spots seem to be locked down for the time being, with Mac Lain on the left side and big Tyrone Crowder on the right.

At tackle, Joe Gore is in a bit of an unfamiliar position as the only scholarship upperclassman on the roster. The other tackles — Jake Fruhmorgen, Noah Green and Mitch Hyatt — are all true freshmen. Granted, they’re all pretty highly regarded guys from a recruiting perspective. Hyatt was pegged the nation’s top tackle prospect for the class of 2015 according to many services. He doesn’t back down from anyone, which is a good thing considering he lines up against Shaq Lawson every day in practice.

The development of the freshmen, including the group that redshirted the 2014 season — players like Falcinelli and Taylor Hearn — will be critical to the team’s success in 2015.