Note: The following appears in the Syracuse gameday football program

Bryson Nimmer has been looking forward to his senior year all summer. It is the final go-around for the four-year starter who is a second-generation Clemson golfer. In fact, he and his father, Tony (1980-83), comprise the only father-son combination in school history to both earn All-ACC honors.

Bryson topped that by being a second-team All-American last year when he had a 70.50 stroke average, the second-best mark in Clemson history and the best mark since D.J. Trahan’s 70.33 stroke average in 2001-02. Nimmer finished in the top 10 in eight of his 11 tournaments and was 36-under-par for his 34 rounds.

Nimmer’s top round of his career was recorded last year on the biggest of stages. He shot an eight-under-par 64 in the first round of the 2018 NCAA National Tournament at Karsten Creek in Stillwater, Okla. That 64 is the lowest in NCAA Tournament play in Clemson history, and it contributed to his seventh-place finish for the 72 holes.

Head coach Larry Penley got an idea of what Nimmer is capable of on Aug. 20, when he came back to campus and played a practice round with teammates William Nottingham and Coleman Self at The Reserve at Lake Keowee, a Jack Nicklaus designed course in nearby Sunset, S.C.
All Nimmer did was shoot a 13-under-par 59 that afternoon on the 7,100-yard course. Granted, it was just a practice round, but he played the round just as he would a regular team tournament round for the Tigers.

How rare is a 59? In competition on the PGA Tour, it has been done only 10 times, most recently by Brandt Snedeker at the Wyndham Championship in Greensboro, N.C., just four days prior to Nimmer’s round.

“I got off to a great start and just kept playing,” said Nimmer. “I was seven-under par for the first six holes and thought it had a chance to be a special day. I was putting everything in and I got more and more confidence.”

Nimmer finished the round with just 19 putts. By comparison, the record for the PGA Tour is 18 putts (by eight players). It has not been done on the PGA Tour in eight years.

He finished his first nine holes in just 28 shots. At that point, his playing partners started to take notice.

“William and Coleman didn’t say anything for the first eight holes. It was like a pitcher with a no-hitter going. Then on the back nine, William first mentioned the chance for a 59.”

There was a bit of irony in Nimmer playing with Nottingham. It was Nottingham who had a Tiger record for a tournament round, set two years ago at the Lonnie Poole Course in Raleigh, N.C.

He made one birdie on his first three holes on the back nine, then made birdies on four of the next five holes (13-17). He only needed a par on the 18th hole for the 59. 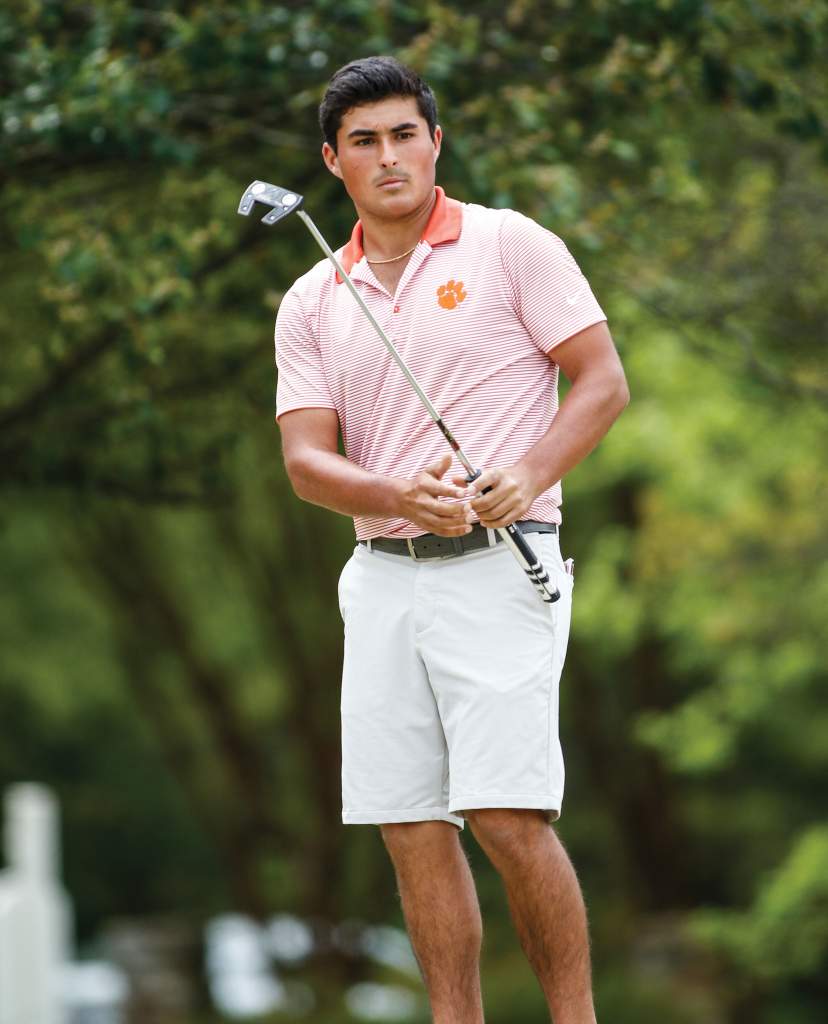 When Penley heard of Nimmer’s incredible round, it brought a smile to his face.

“Nice way to start your senior year,” said Penley.
“Bryson has been a model of consistent excellence. In every area, he has been one of the most stable team members I have ever had. He was a second-team All-American last year, and I see no reason why he can’t be on the first team this year.
“Bryson is among the top-five percent (of players) I have had when it comes to ballstriking. He has shown improvement in his short game and is turning that into an asset.”

That short game was at an all-time best on Aug. 20. Hopefully, it is a foreshadowing of things to come. If it is, Nimmer and Penley’s Tigers will have a special season.

Nimmer proved that his career-best practice round was no fluke in the season’s first tournament, as he won the Carpet Capital Collegiate in Dalton, Ga., on Sept. 9. His career-best 206 score included a final-round 65, allowing him to rally from a six-shot deficit to win the tournament. His 54 holes included a career-high 18 birdies.