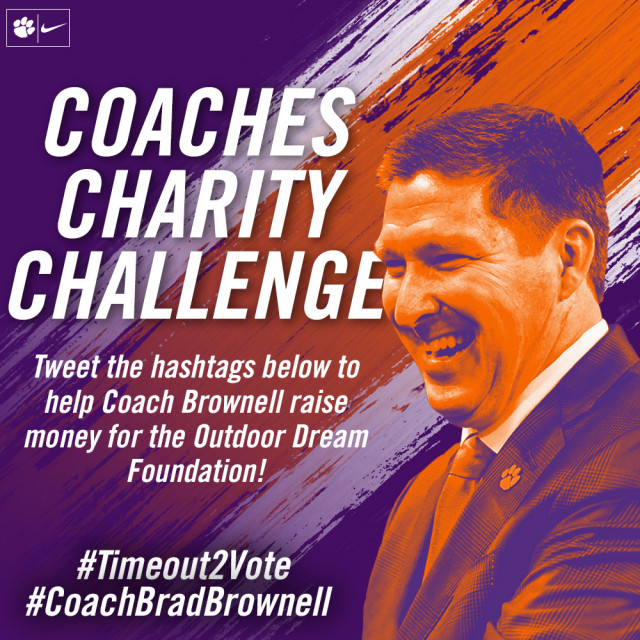 For 10 weeks, the nation’s top coaches will be counting on fans to vote for their favorite charity. Help increase Coach Brownell’s chances by sharing and voting on social media and voting online. The coaches receiving the most votes gain a spot in the finals, with the winning coach receiving at least $100,000 toward his charity.

Each coach is competing to try and earn the most votes to raise money for his favorite charity. Brownell has chosen the Outdoor Dream Foundation, which aims to create outdoor adventures for children who have been diagnosed with terminal or life-threatening illnesses. He has raised $25,000 for Outdoor Dream the past three years through the Coaches Charity Challenge.

You can visit the ESPN micro site www.infinititimeout.com to vote each day for Coach Brownell.

There is also social media voting this year and during the voting period, you can take the following actions to vote for Coach Brownell and the Outdoor Dream Foundation: