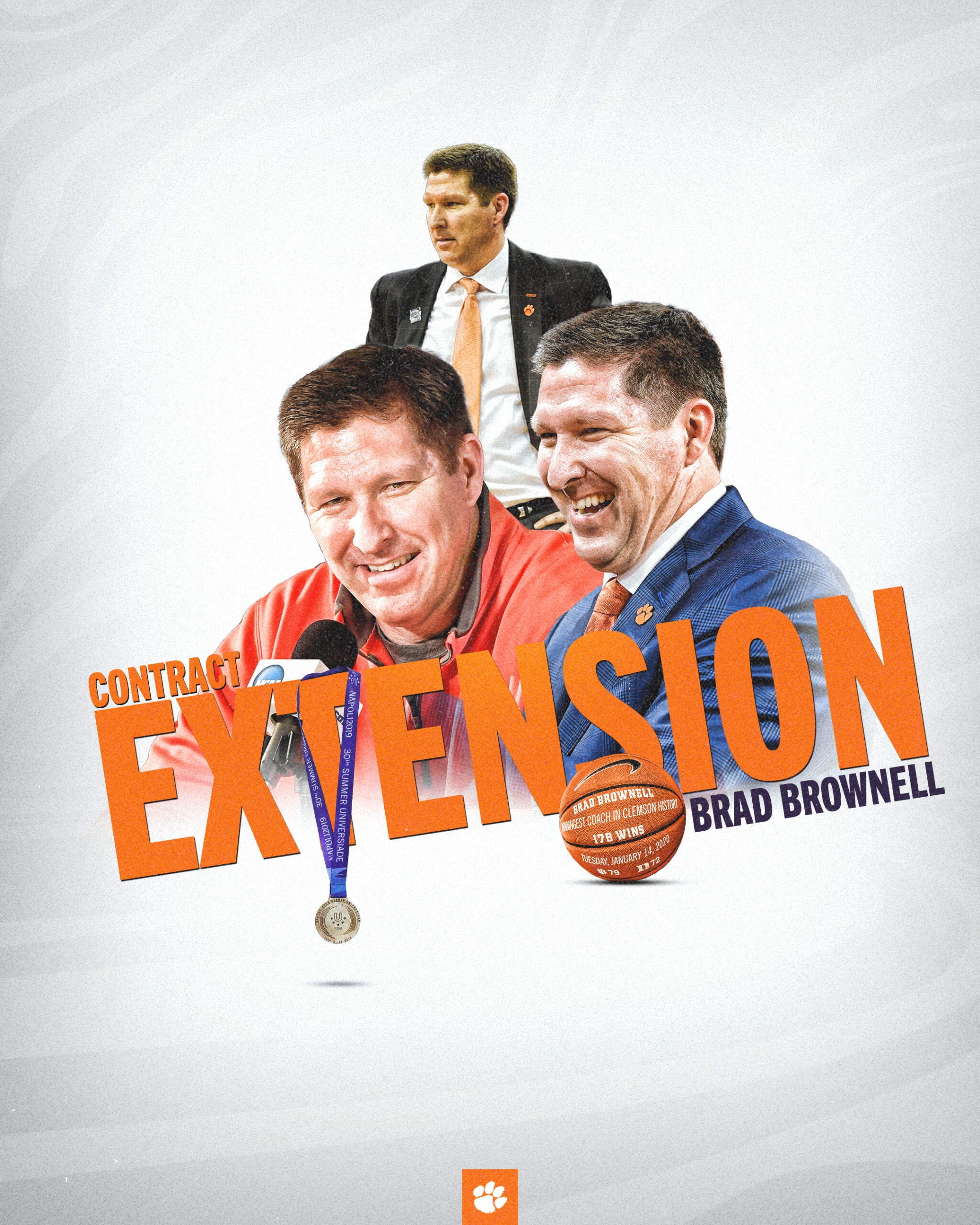 CLEMSON, S.C. — Clemson University and head basketball coach Brad Brownell have agreed to a two-year extension through 2026, the athletic department announced today. The terms of the contract were approved by the Clemson University Board of Trustees Compensation Committee.

“Brad continues to be a great leader and ambassador for our men’s basketball program,” said Director of Athletics Dan Radakovich. “In addition to being our all-time winningest coach and advancing to the NCAA Tournament in one of the most challenging years in recent memory, he continues to maintain a focus on academic performance. Brad has been instrumental to our fundraising success in recent improvements, and his leadership, character and performance are key to our program going forward.”

“I want to thank Dan Radakovich, President Jim Clements and the Board of Trustees for continuing to support my leadership of our Clemson basketball program,” said Brownell. “None of this would be possible without the outstanding young men I’ve coached and dedicated assistant coaches and staff who have worked alongside me the past 11 years. I am blessed to continue to coach at this great University and I am proud of what we have been able to accomplish, both on and off the court, and look forward to continuing our program’s upward trajectory.”

Brownell has compiled a 201-150 record over his 11 seasons in Clemson, earning the 2017-18 Sports Illustrated National College Coach of the Year Award. The Tigers have reached the NCAA Tournament three times and have made postseason appearances on seven occasions.

Clemson most recently reached the 2021 NCAA Tournament and advanced to the Sweet 16 of the NCAA Tournament for the fourth time in program history in 2017-18. That year, the program tied a record for wins in a season with 25 and topped the program’s best mark in Atlantic Coast Conference play with 11 victories on the way to a top-four finish in the league.

During Brownell’s 11 seasons, he has become the winningest coach in Clemson history with 201 career victories and stands at 368 overall in his career. Twice under Brownell the Tigers have posted a top-five home winning percentage in a season, including finishing 11-1 in Littlejohn last season.

Under Brownell’s direction, the basketball program has maintained very good Athletic Progress Rate performances, including a program record multi-year score of 975 (which includes 2015-16 through 2018-19). A score of 944 in 2018-19 was also a program record.

Brownell was also instrumental in the fundraising for the Littlejohn Coliseum renovation project, helping spearhead the $63.5 million renovation to the basketball program’s home arena.