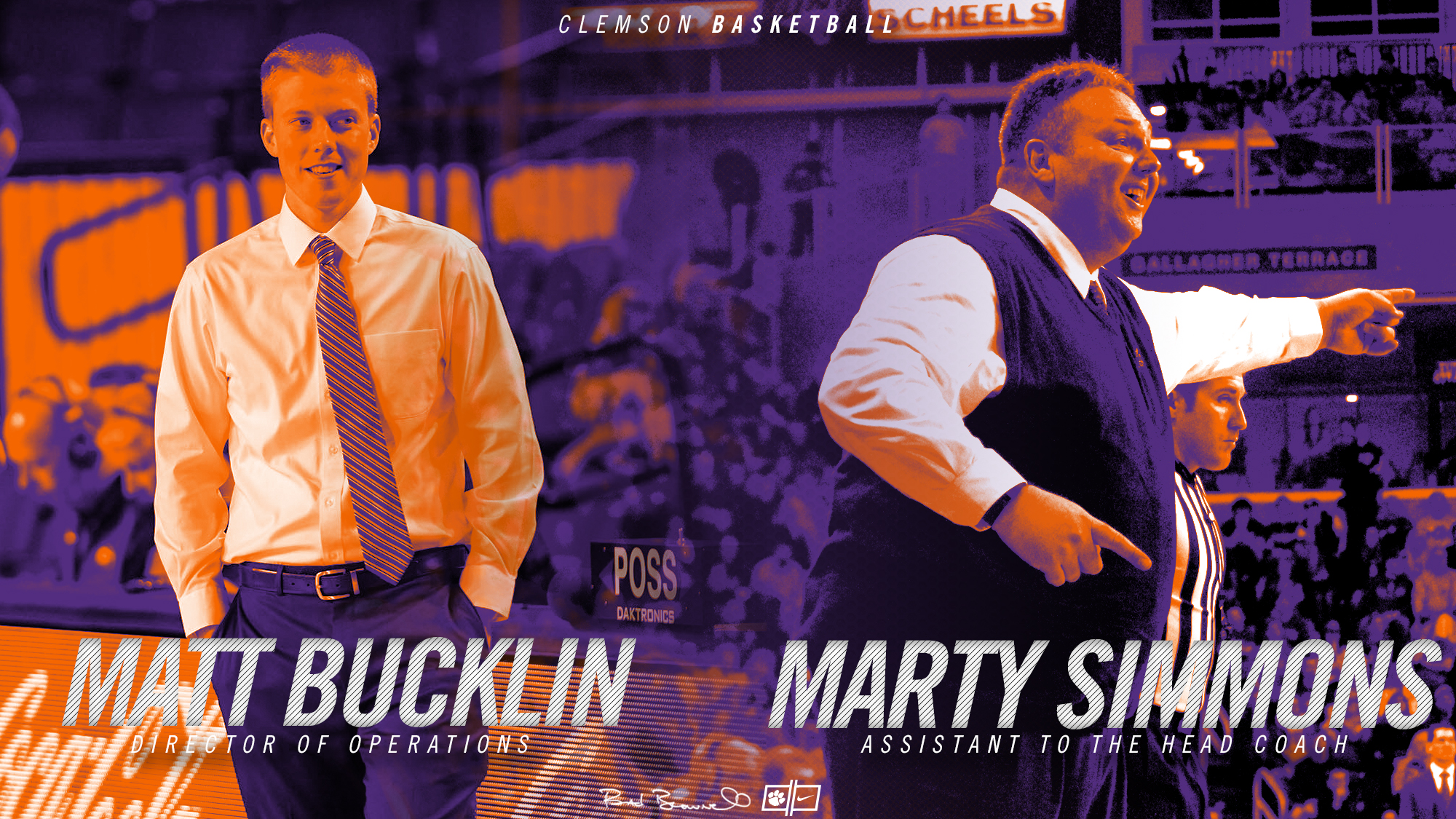 Simmons, the former head men’s basketball coach at the University of Evansville, will join Brownell’s staff. Simmons compiled a record of 184-175 across 11 seasons at his alma mater of Evansville. He led the Aces to the postseason on five occasions and won the 2015 CollegeInsider.com Tournament (CIT).

Simmons will join the basketball program in an assistant to the head coach role.

“I’ve known and been friends with Marty Simmons a long time, dating back to our coaching days at Evansville in 1991-92,” said Brownell. “He was a hall of fame player at Evansville in the 1980’s and did a terrific job as head coach of the Aces the last 11 years. Marty and I have very similar philosophies when it comes to the game and I have no doubt that he will be a great benefit to me and my staff this season.”

Bucklin comes to Clemson by way of the University of Georgia. Bucklin was a four-year player on the basketball team from 2008-12, playing the majority of his career for former head coach Mark Fox.

“Matt is an outstanding young coach with a great deal of experience at this level,” Brownell said. “Having worked the last six years for Mark Fox at Georgia, I know we are getting a hard-working, organized young coach who will help our staff in many ways administratively.”