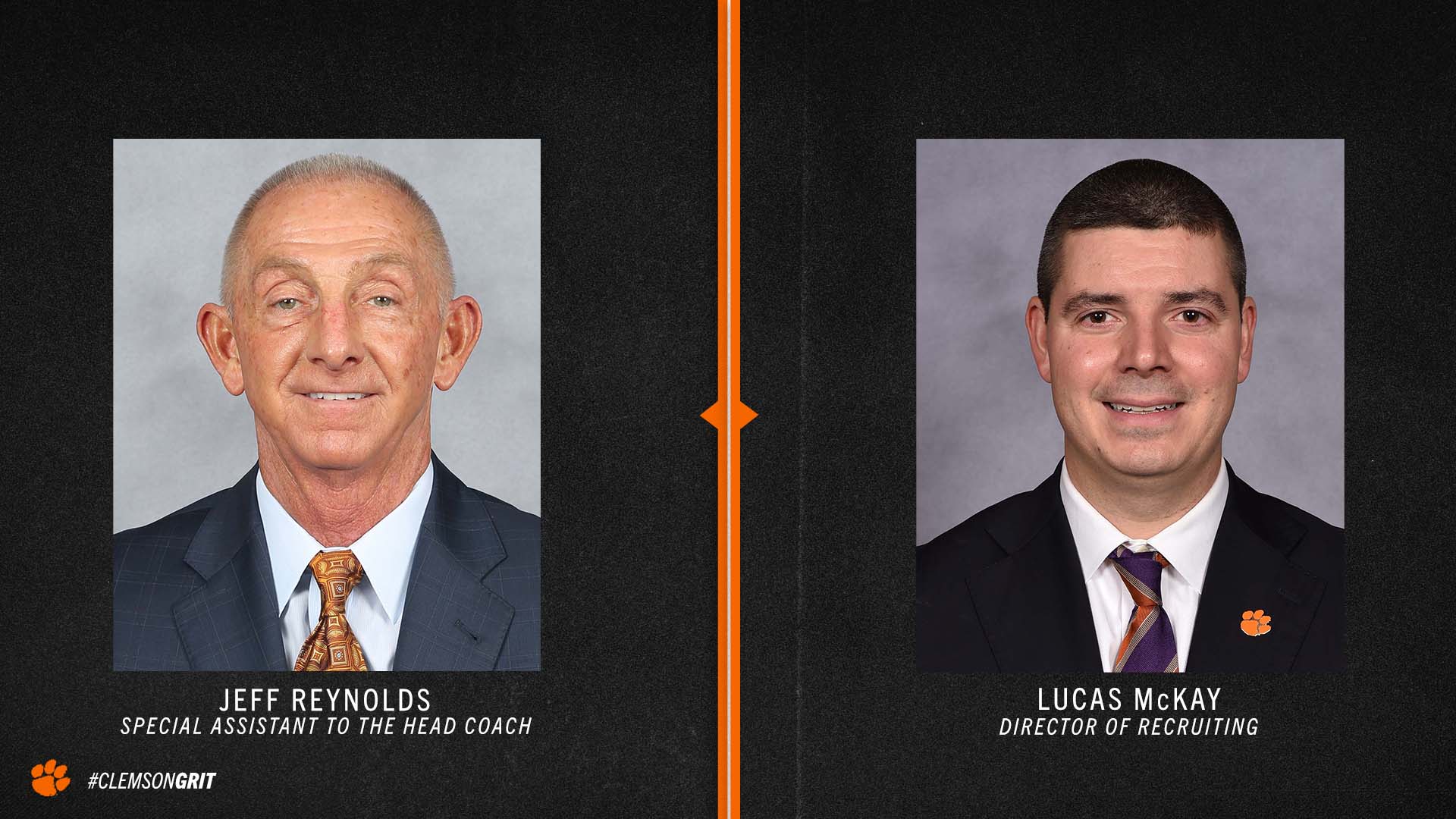 McKay, who left the program following the 2018-19 season to become an assistant coach at UMKC, returns to a familiar role. He served as the director of recruiting for one season after serving eight seasons as both director of operations and video coordinator.

“It’s good to have Lucas back on staff. His two years as an assistant coach recruiting at UMKC under Coach Donlon will serve him well in his role with us,” said Brownell. “Lucas is very familiar with Clemson and myself and I’m excited to have him and his family back in Tigertown.”

This will be the 10th overall season for McKay at Clemson and 16th overall helping on staff with Brownell.

He holds a wealth of experience as an assistant coach, in an administrative role and nine seasons as a collegiate head coach, including five at Air Force and three at Wingate.

In his three seasons at Wingate, Reynolds posted a 61-27 record and advanced to two NCAA Division II tournaments. His last two seasons, Reynolds guided Wingate to a 49-10 mark.

Reynolds has familiarity in the region and in the ACC having served as director of scouting and game management at Virginia Tech.

“I’ve known Jeff a long time and have a great deal of respect for all that he’s accomplished in this profession,” said Brownell. “He’s worked for a lot of different head coaches over the years and coached a lot of different styles of play. There’s no doubt he’ll be a great benefit to our staff this season.”