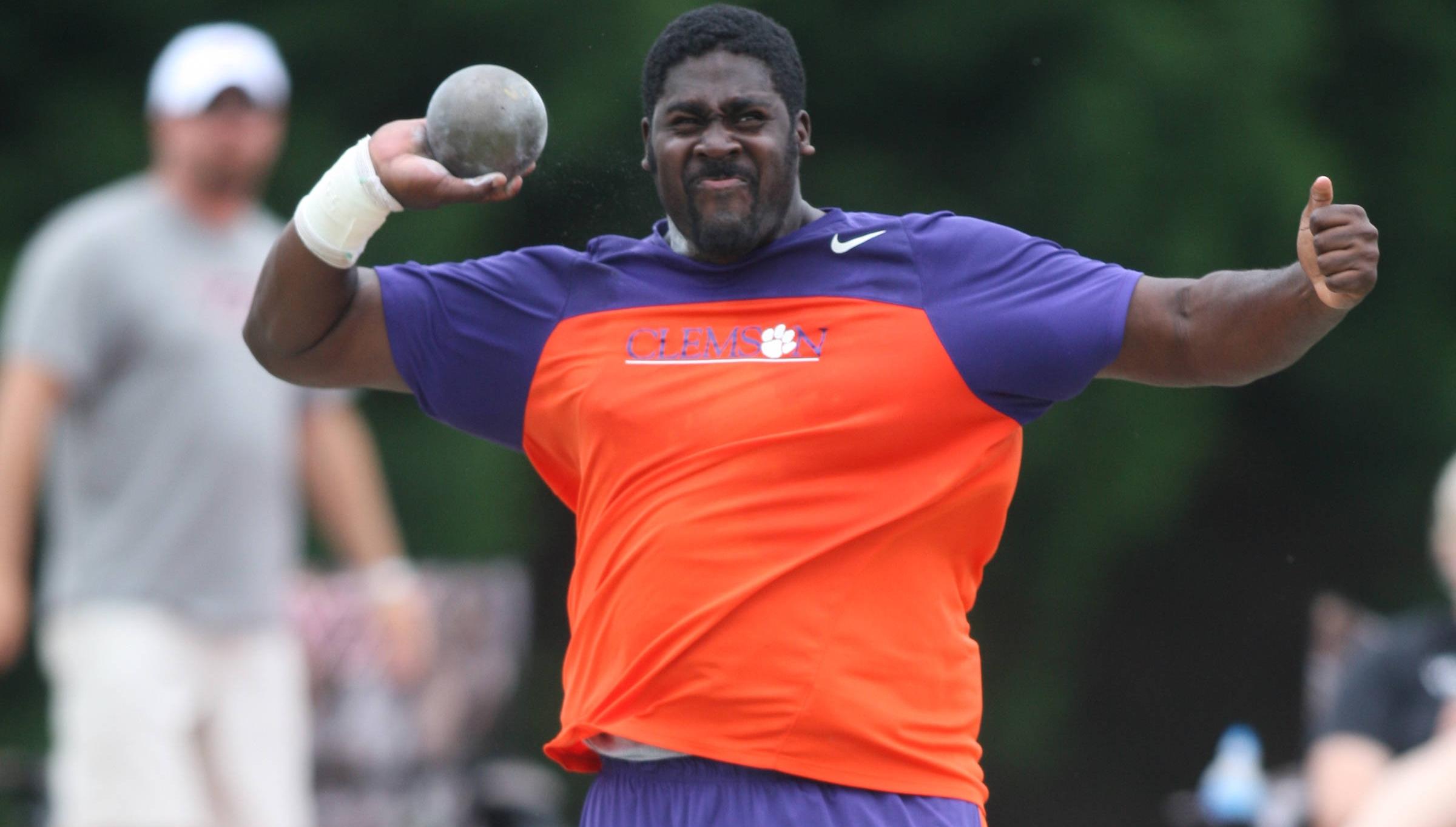 CLEMSON, S.C. – In its final preparations for the upcoming ACC Outdoor Championships in two weeks, Clemson track & field closed with some strong efforts at Percy Beard Track on the final day of the Florida Relays. Marcus Brown won the undercard section of the men’s shot put with another personal best, while the women’s 4×400 relay closed the meet with a season-best.

Brown won the only event of the weekend for the Tigers with an outstanding effort. He hit a mark of 58-11.25 on his third throw, and the No. 4 mark in school history held up against his competitors Saturday for a second straight win. In other men’s team action Saturday, freshman Aaron Owens cleared a personal best 16-2.75 in the pole vault and tied for eighth place.

Three separate relays posted top-10 finishes for the Tiger women’s team, led by the 4×4. The team of Whitney Fountain, Marlena Wesh, Nia Fluker and Olivia James combined to a season-best time of 3:34.35. Clemson won its section over Baylor by half a second, and was fourth overall Saturday.

The ACC Championships are scheduled for Thursday through Saturday, April 17-19, in Chapel Hill, N.C.