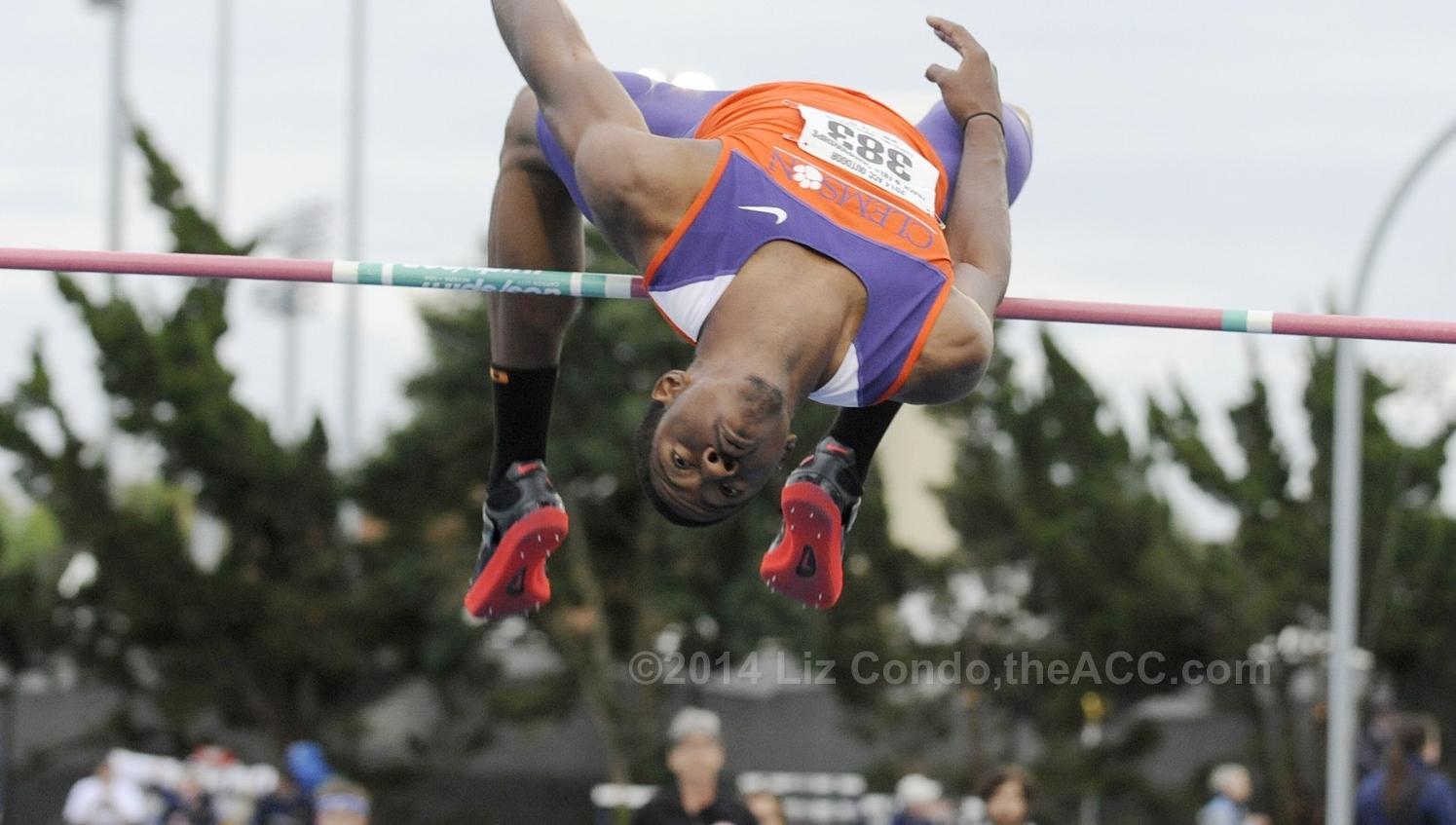 CLEMSON, S.C. – Men’s field athletes Marcus Brown and Torian Ware produced silver medal performances in their respective events Friday to highlight a productive day two for Clemson in Chapel Hill, N.C., at the ACC Outdoor Championships. Brown had a personal best in the shot put to nab his second career all-conference honor, while Ware tied high jumper winner James Harris of Florida State but took silver due to the total number of misses.

The Clemson men are in sixth place with 19 points, while the women are 10th with eight. Florida State leads the competition on both sides.

Brown, competing in his final ACC Championships for the Tigers, had a consistent series Friday culminating with his first-ever throw of 18 meters in the shot put on his final attempt. He unleashed a mark of 59-5.5, third-best in Clemson history, to earn eight points for the Tigers.

Ware was one of two Tigers to score in the men’s high jump, along with Jalen Langston in seventh. Ware missed his first jump of the day, but recovered well and cleared 7-1 on his second attempt. He and Harris passed on the next bar and attempted a height of 7-3.75. Both missed, and due to Ware’s opening miss, Harris won the gold. Ware’s All-ACC grab was the third of his career.

Three athletes qualified for Saturday running finals. Marlena Wesh and Olivia James both advanced in the women’s 400 dash. Wesh won the opening heat in 53.18, second-best time of the prelims. James’ time of 54.31 held on through the final two heats. In the men’s 100, Reggie Lewis advanced to the final a second straight season after running 10.53 in his heat.

The teams return to action Saturday, starting with the men’s javelin at 11 a.m. The first running events are the 4×100 relays, starting at 4 p.m. Live results are available at FlashResults.com and ESPN3 is streaming the action starting at 4.