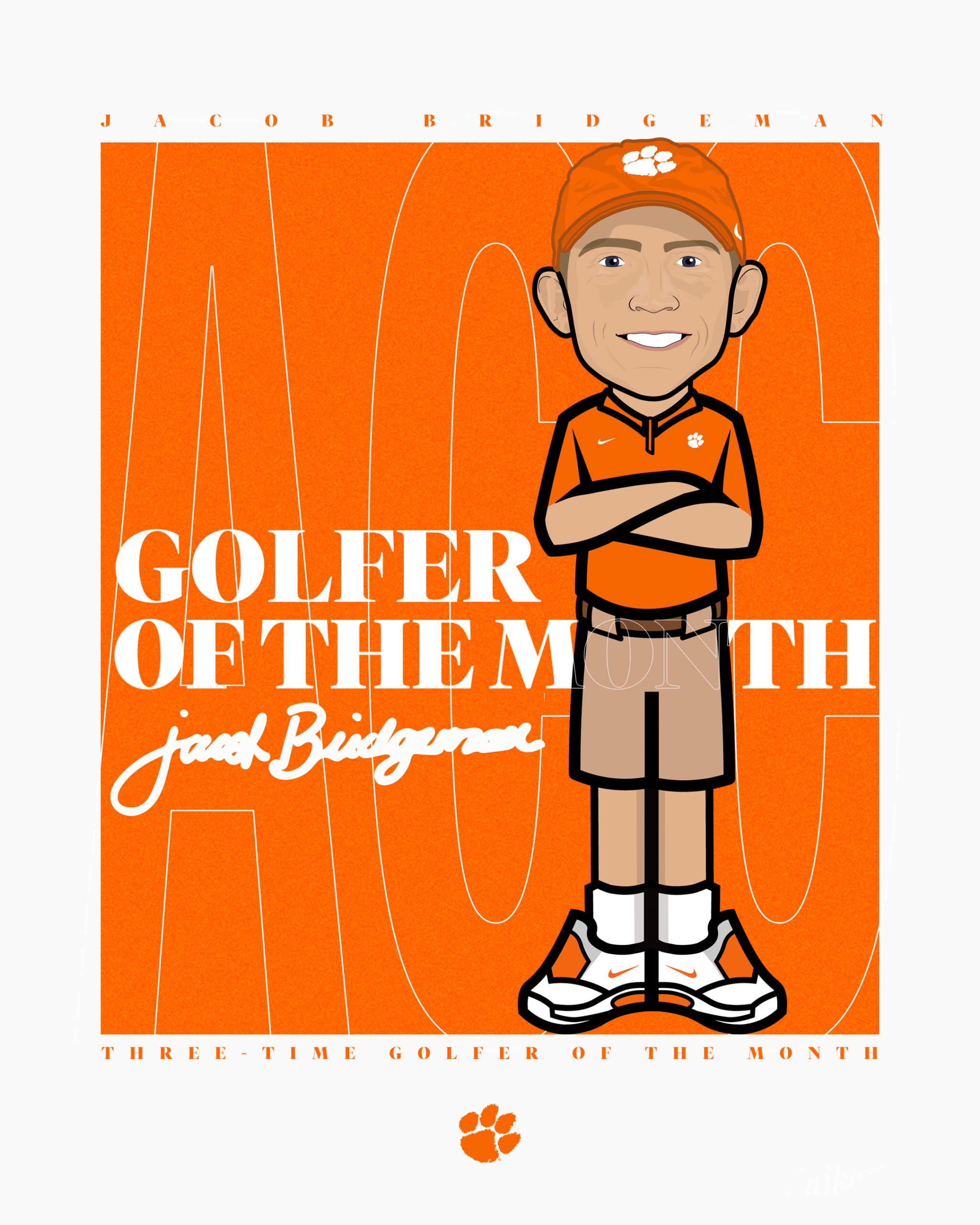 CLEMSON, S.C. — For the second consecutive month, Clemson senior Jacob Bridgeman has been named ACC Golfer of the Month. The announcement was made by the Atlantic Coast Conference on Thursday afternoon.

Bridgeman shared the honor for the month of March with Florida State’s Frederik Kjettrup, but after winning the ACC Championship last month, Bridgeman was the sole recipient for April.

The native of Inman, SC started April by finishing fourth at the Calusa Cup in Naples, Fl., with a two-under-par score of 214. The field included 18 of the top 100 players in the nation.

Bridgeman won the tournament by defeating Peter Fountain of North Carolina on the second playoff hole. It was his second victory this season and a record tying fifth of his career. He has finished in the top four of five consecutive tournaments, the longest streak of its kind since D.J. Trahan had six straight top fours in 2002.

Bridgeman is now ranked second in the PGA University rankings, an improvement of eight places since the season began. He has a 70.37 stroke average for the year with 14 rounds in the 60s and 18 under-par rounds.

This week, Bridgeman is playing in the Wells Fargo Invitational in Potomac, Md. his first career PGA Tournament appearance. May 16-18 he will return to the Clemson team in the NCAA Columbus Regional in Columbus, Ohio.