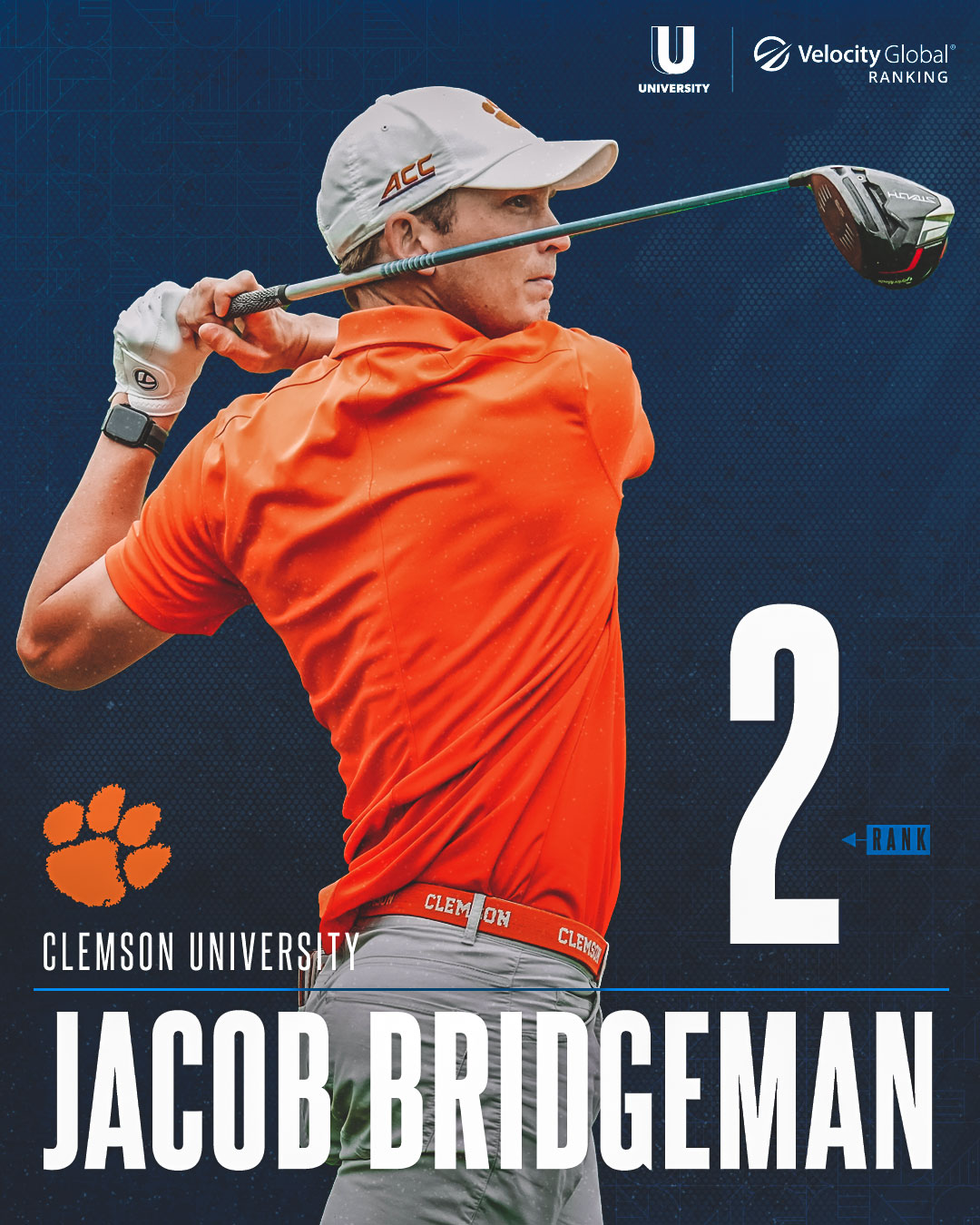 CLEMSON, S.C. — Clemson golfer Jacob Bridgeman finished second on the Velocity Global Rankings and will be exempt into all open field Korn Ferry Tour Events this summer. Final rankings were released late Monday night after the conclusion of the NCAA Stroke Play Championship in Arizona.

In addition to his exemptions into Korn Ferry tournaments this summer, Bridgeman is also exempt into the Final Stage of the current season’s Korn Ferry Tour Qualifying Tournament.

Bridgeman spent Monday, his first day as a professional, qualifying for this week’s Rex Hospital Classic in Raleigh by shooting  an eight-under-par 63 at Bryan Park Golf Course in Greensboro. So that will be his first career tournament as a professional.

Clemson fans in the upstate will be able to follow Bridgeman the following week, June 9-12, at the BMW Charity Pro-Am presented by TD SYNNEX in Greenville, S.C. Former Tigers Jonathan Byrd (2001) and Charles Warren (2002) are past winners of that tournament.

Pierceson Coody of Texas, the 2021  Big 12 Player of the Year, finished first in the PGA University rankings. Bridgeman finished second and Logan McAllister of Oklahoma was third. R.J. Manke of Washington was fourth and Cole Hammer of Texas was fifth.

Bridgeman finished the season with a 70.43 stroke average with 15 rounds in the 60s and 19 under-par rounds. He won the Linger Longer Invitational in March with a 16-under-par score, then won the ACC Tournament in April with a 13-under par score. He had five consecutive top four finishes at one point the longest streak of its kind since 2002 when D.J. Trahan had six in a row.

Bridgeman, who was named the 2022 ACC Player of the Year, finished his career with a 70.74 stroke average, second best in Clemson history behind Doc Redman’s 70.70. He set a school record for rounds in the 60’s with 50. He was also in the top five in Clemson history in career rounds under par (64) and birdies (463).

The Velocity Global Ranking is designed to identify the best college golfers based on winning, competitiveness and season-long performance. It is developed in partnership with the World Amateur Golf Ranking®, which ranks the top amateur golfers on the basis of their average performance in counting events, and it includes the final two years of competition in NCAA Division-I men’s golf tournaments (stroke play), official PGA TOUR tournaments and select DP World Tour events.