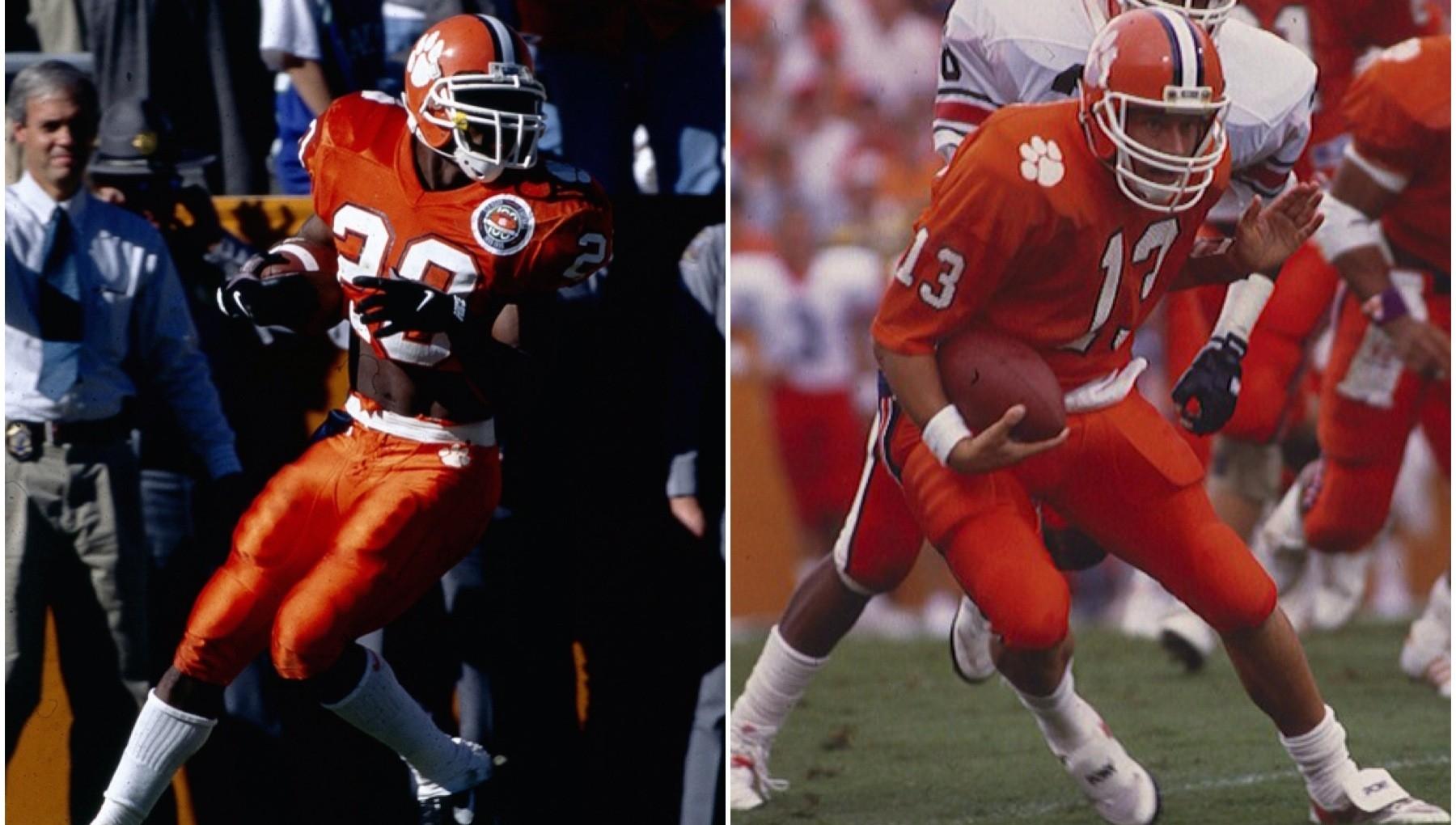 COLUMBIA, SC – Former Clemson football greats Brian Dawkins and Rodney Williams highlight the South Carolina Athletic Hall of Fame’s Class of 2014. The Class of 2014 also consists of SC State football standout Edwin Bailey, South Carolina basketball star Zam Frederick, South Carolina pitcher Randy Martz, Olympian Monique Hennagan, state golf legend Happ Lathrop and Newberry basketball standout Carl Short. The eight individuals will be enshrined with the state’s highest athletic honor on May 12 at the Columbia Metropolitan Convention Center. Tickets (table of eight for $500) and program sponsorships may be purchased by calling the SCAHOF office at 803/779-0905. The affair, which includes a reception and dinner, begins at 5:30 p.m. In addition to the inductees donning of the symbolic blue jackets, the Bobby Richardson Sportsmanship Award recipient will also be recognized. The event, which includes a host of returning past inductees, is the largest annual celebration of Palmetto State sports stars under one roof. Legendary South Carolina State coach and 2008 SCAHOF President Willie Jeffries, known for his witticism, will again preside over the banquet as master of ceremonies along with Executive Director Ephraim Ulmer and this year’s president, Kay Fortune of Columbia.  BRIAN DAWKINS: Brian Dawkins played in the NFL for 16 seasons after a successful career at Clemson where he was a three-year starter at free safety in (1993-95). He finished Clemson with 247 tackles and 11 interceptions, and in 1995 was a second-team All-American by the Associated Press and Sporting News. He was first team All-ACC in ‘95 and second team in ‘93 and ‘94. Dawkins finished eighth in the nation in interceptions during his second season, having set a Clemson record for most interceptions in a quarter against Duke with three in ‘95 and was named Sports Illustrated’s national defensive player of the week for that performance. Dawkins finished his career third in Tigers history in tackles by a defensive back.  He was a second round draft pick of the Philadelphia Eagles in 1996, a NFL All-Rookie selection in ‘96, and chosen All-Pro six times. He was also a nine-time All-Pro Bowl selection. Dawkins was named to Clemson’s Centennial Team in 1996 and was inducted into the Clemson Hall of Fame in 2009. He had his No. 20 jersey retired by the Philadelphia Eagles in 2012. Having been named to the Philadelphia Eagles 75th Anniversary Team, he had 1,131 career tackles and 37 career interceptions in the NFL.  RODNEY WILLIAMS: Rodney Williams completed his Clemson career (1985-88) as the winningest starting quarterback in ACC history with a 32-10-2 overall record. He established Clemson career records for passing yards (4,647), pass completions (333) and pass attempts (717) while setting career record for most starts regardless of position (44). Williams finished his Clemson career in second place in total offense with 5,510 career yards and was a standout in bowl games as he was 41-of-79 for 564 yards in four bowl games. Williams was named most valuable player of the 1986 Gator Bowl and the 1988 Citrus Bowl, and became the first player in Clemson history to be MVP of two bowl games.  He was the Clemson signal caller for 3,028 plays in his career and led the Tigers to four consecutive Bowl Games and three consecutive victories: 1986 Gator Bowl vs. Stanford, the1988 Citrus Bowl vs. Penn State and 1989 Citrus Bowl vs Oklahoma. He was enshrined in the Clemson Athletic Hall of Fame.