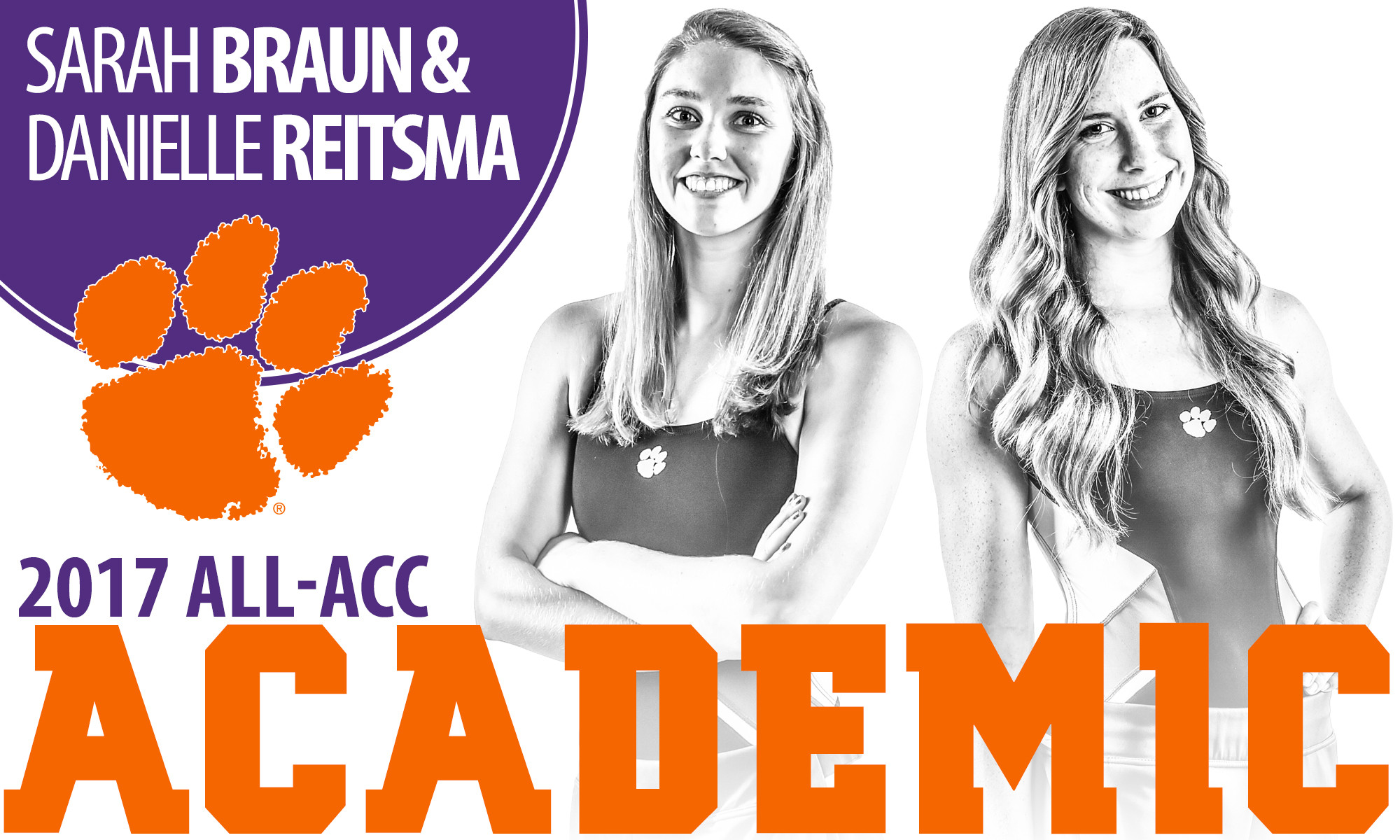 CLEMSON, S.C. – Two seniors on the Clemson diving team, Sarah Braun and Danielle Reitsma, were named to the 2017 All-ACC Academic Women’s Swimming & Diving Team, as announced by the conference office on Wednesday morning. Tiger divers have earned the league’s academic honor six times in the past four seasons.

This was the third-career All-ACC Academic recognition for Braun, and the native of Beaverton, Ore. and Elementary Education major is one of just 10 women’s swimming and diving student-athletes from the ACC to earn the accolade three or more times. Reitsma, a Health Science major from Calgary, Alberta, earned the All-ACC Academic award for the first time in 2017.