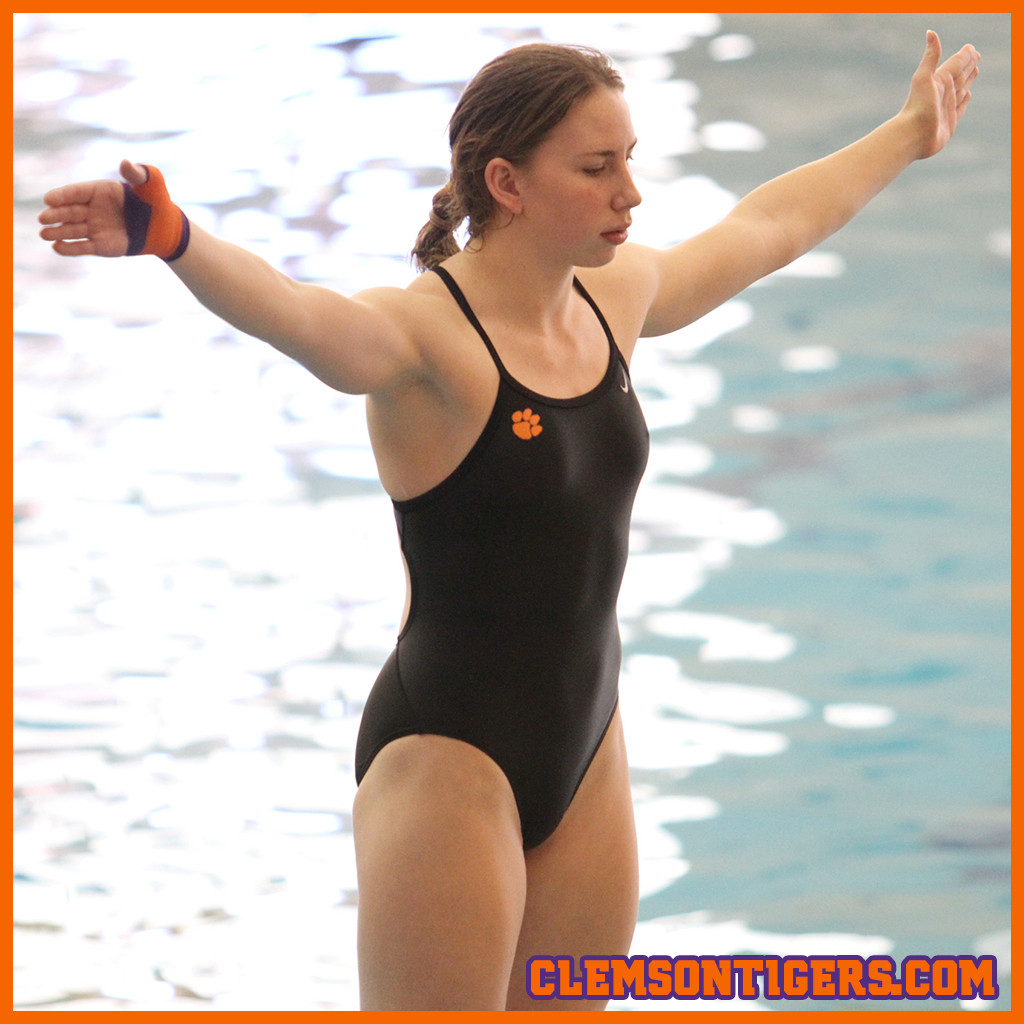 KNOXVILLE, Tenn. – The Clemson diving team concluded competition at the Tennessee Diving Invitational in Knoxville with the platform event on Monday afternoon. Sophomore Danielle Reitsma led the Tigers in both the platform and three-meter, while sophomore Sarah Braun was the team’s top performer in the one-meter, advancing to the finals of the event on Sunday.

Reitsma posted the team’s highest finish of the three-day meet in the platform competition, taking 10th place with 214.90 points. Braun finished in 12th place and junior Megan Helwagen was 13th in the event, while junior Jessica Doolittle also recorded a top-20 finish, coming in at 17th.

Braun recorded 255.40 points in the preliminary round of the one-meter to advance to the event finals on Sunday, where she ultimately finished 12th overall. Reitsma and Helwagen also finished in the top 20 of the one-meter, claiming 16th and 18th place, respectively.

The Tigers return to action on Friday, Jan. 23 when they travel to Columbia to face South Carolina. The following day, the team heads to Charleston to take on College of Charleston in its second dual meet in two days.