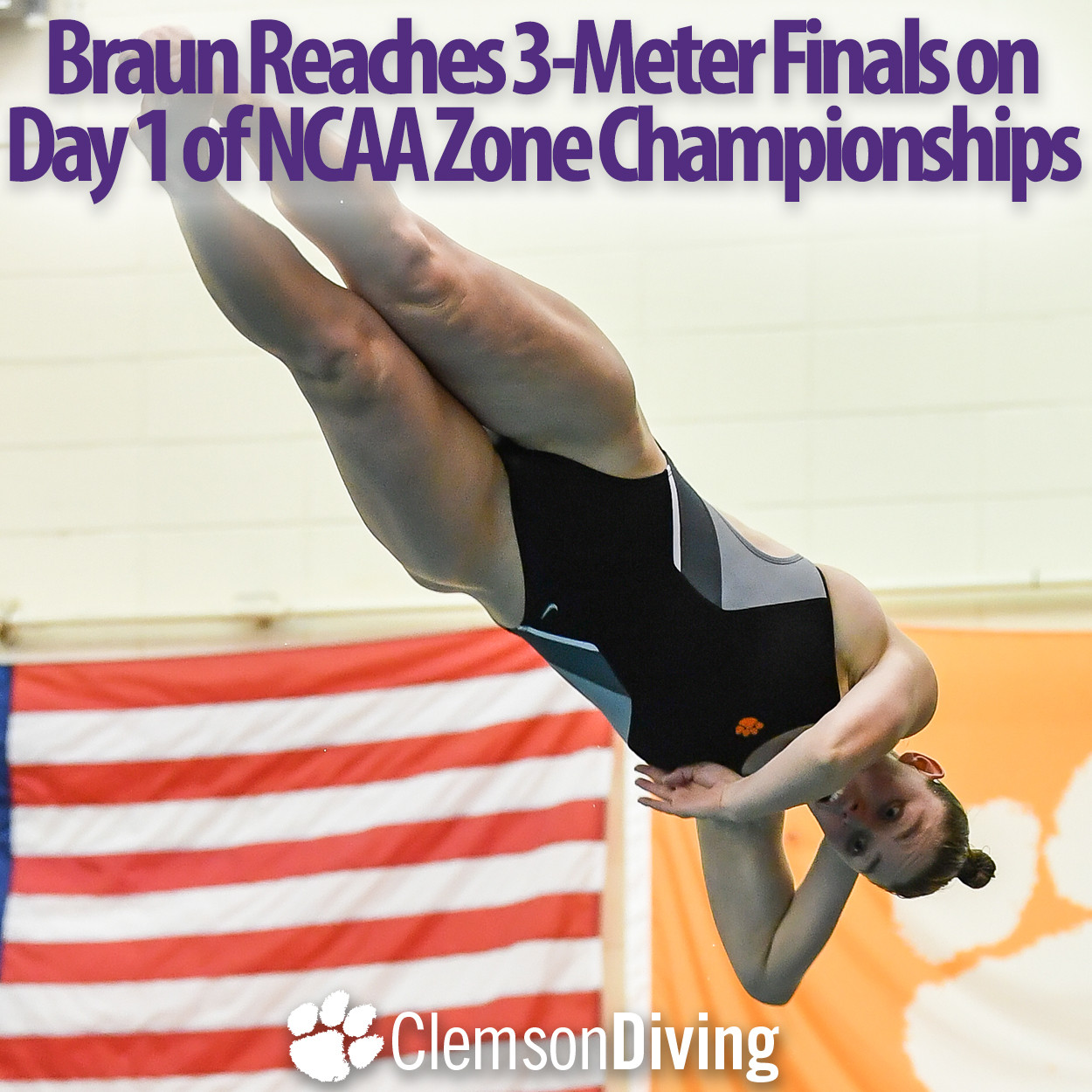 CLEMSON, S.C. – Senior Sarah Braun, competing in her final NCAA Zone B Championship meet this week, advanced to the finals of the three-meter event to lead the Clemson diving team on Monday at the James E. Martin Aquatic Center in Auburn, Ala. This was the first time in her career that the Beaverton, Ore. native reached the finals of the three-meter at NCAA Zones, although she has previously qualified for finals in both the one-meter and platform.

Braun placed 17th in the preliminary round with a six-dive total of 275.75 points, and went on to finish 17th in finals with a 12-dive total of 535.55. The 17th-place finish is the best of Braun’s career for the three-meter at the Zone meet; her previous best was 21st place her freshman season in 2014.

The NCAA Zone B Championships include the top collegiate divers from six states in the Southeast, Alabama, Florida, Georgia, North Carolina, South Carolina and Tennessee. The three-meter preliminary round field included a total of 39 divers, the top 18 of which advanced to finals, where the top nine qualified for the NCAA Championships in Indianapolis, Ind. on March 16-18.

NCAA Zones continue for the Tigers on Tuesday, March 7 with the women’s one-meter competition, followed by the platform on Wednesday, March 8.