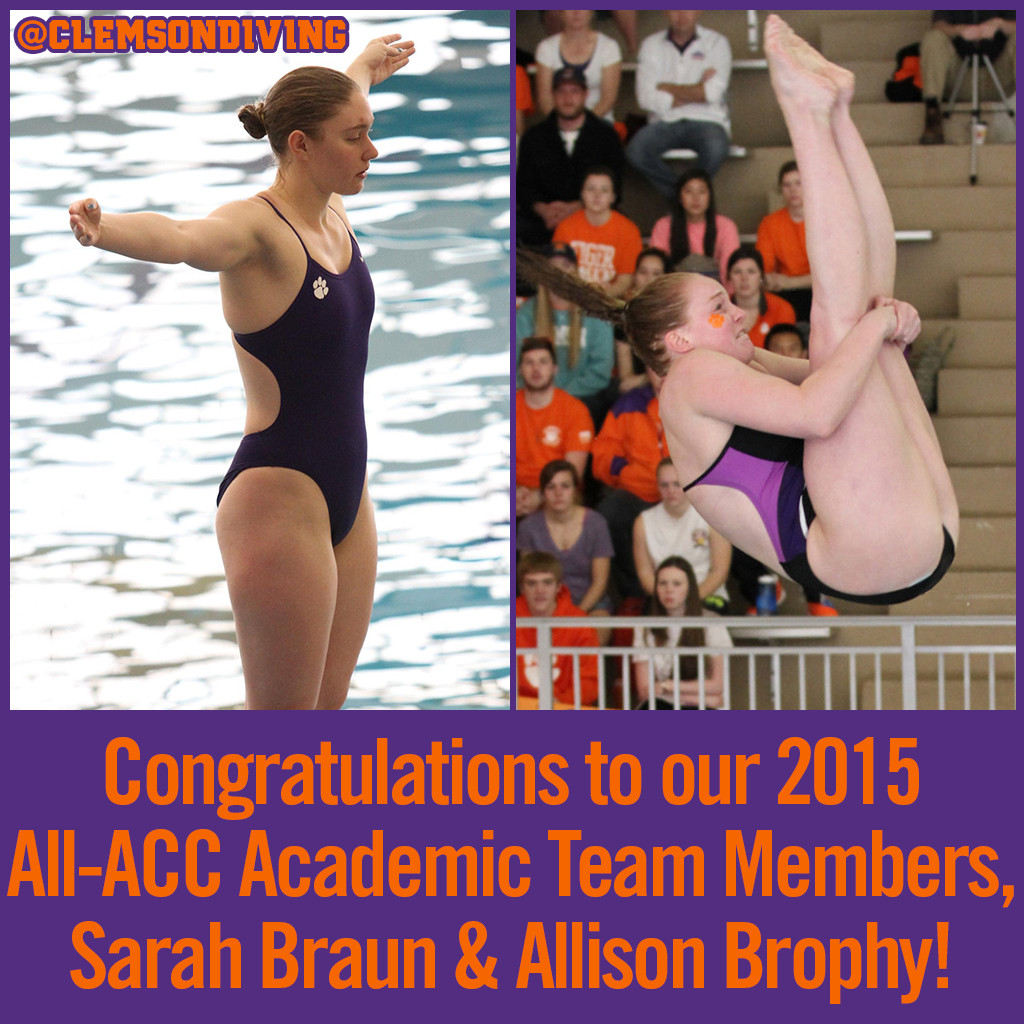 CLEMSON, S.C. – Sophomore Sarah Braun and freshman Allison Brophy were named to the 2015 All-ACC Academic Women’s Swimming and Diving Team, as announced by the conference office on Tuesday afternoon.

Braun, a native of Beaverton, Ore., led the Tigers with 156 points combined in the one-meter, three-meter and platform in 2014-15. The Elementary Education major led the team at the NCAA Zone B Championships, advancing to the finals in two of the three events, and placing 14th in the platform finals and 18th in the one-meter. She was also Clemson’s top diver in the one-meter and platform at the 2015 ACC Championships, and was one of three Tigers to score 12 points toward the team total at the conference meet. Braun was named the Coleman Most Valuable Diver at the team’s postseason awards dinner earlier this month.

Brophy, a General Engineering major, was one of three Clemson divers to compete in all three events at the 2015 NCAA Zone B Championships. She scored 82 points across all three events in 2014-15, the most points scored by a freshman for the season. The Cincinnati, Ohio native placed third in the one-meter at James Madison, posting a career-best and NCAA Zone qualifying score of 266.45 points.

To be eligible for consideration for the All-ACC Academic Team, a student-athlete must have earned a 3.00 grade point average for the previous semester and maintained a 3.00 cumulative average during her academic career.