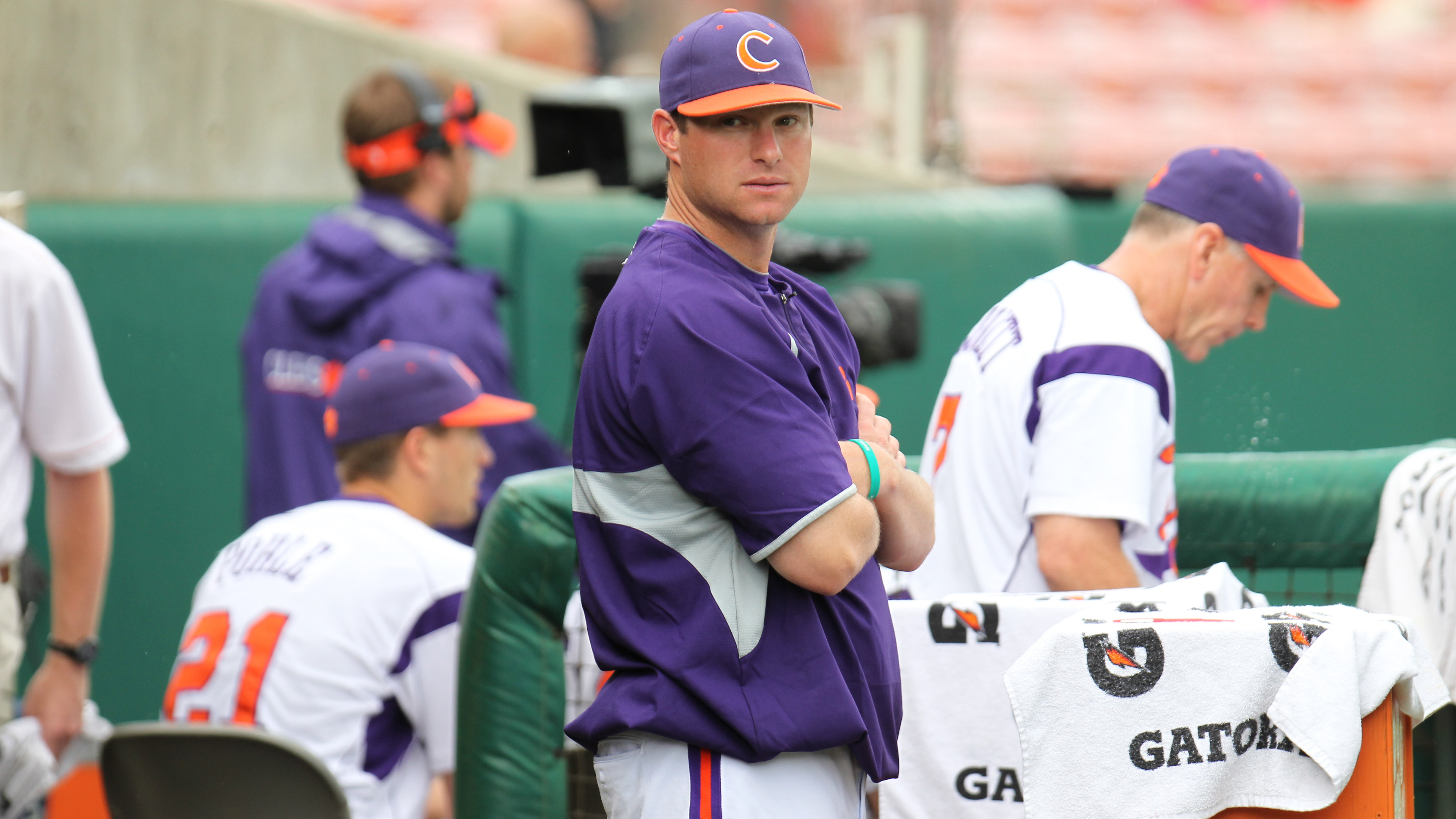 Assistant Head Coach and Recruiting Coordinator Bradley LeCroy was named one of the top-10 assistant coaches in the nation by Baseball America on Thursday. LeCroy (pronounced luh-CROY), who will enter his third season as a full-time assistant coach at Clemson in 2013, was listed #9 according to Baseball America’s.

“He’s an outstanding recruiter – outstanding,” said one National League Scouting Crosschecker. “He’s got a lot of that Chad Holbrook in him. He’s a tireless recruiter, and he’s good at it, he’s good at what he does. LeCroy is a recruiter phenomenon, which is going to get him to that next level.”

Late in 2012, Clemson’s recruiting class (2013 newcomers) was rated as high as #5 in the nation by Collegiate Baseball, thanks in large part to the recruiting efforts of LeCroy.

LeCroy’s first full-time assistant Division I job came in 2006 at Western Carolina, where he spent two seasons. He then served as an assistant coach at Tennessee from 2008-10. LeCroy also served as Clemson’s volunteer assistant coach from 2003-05.

LeCroy earned four letters at Clemson from 1997-00. He was a valuable utility player who hit .266 in 173 career games and 395 at-bats. He was the everyday starting shortstop on the 1999 team that came one inning from advancing to the College World Series. He was the starting shortstop alongside future National Player-of-the-Year Khalil Greene, who was the starting third-baseman on that 1999 squad. LeCroy was also a member of Clemson’s 2000 College World Series team and a member of four NCAA Tournament teams as a Tiger.