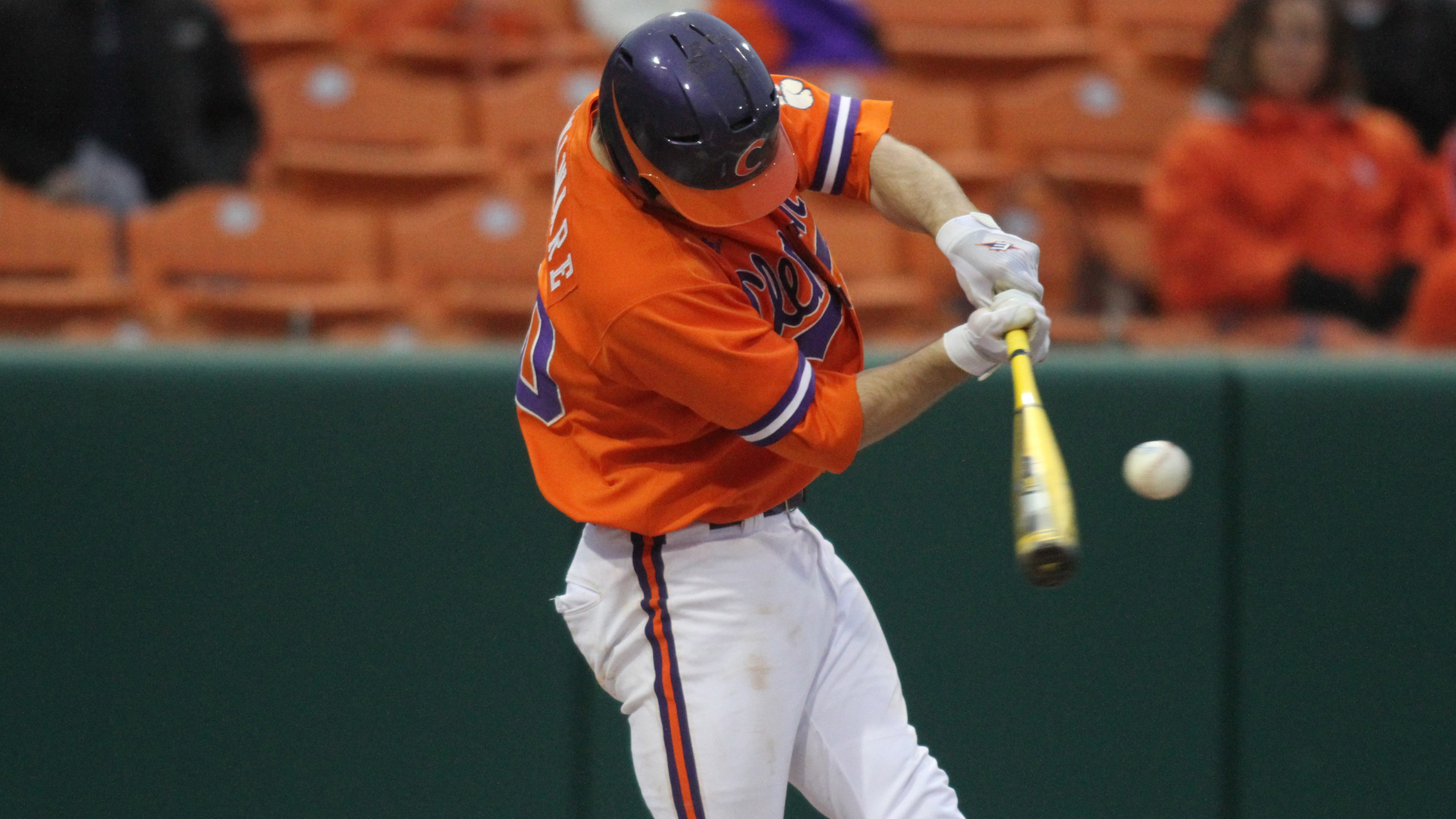 The Wolfpack jumped out to a 4-0 lead and had All-America lefthander Carlos Rodon on the mound, but the Tigers scratched three runs in the fourth inning and five runs in the fifth inning off Rodon to take the lead for good.  Boulware’s three-run homer in the fifth inning gave Clemson a 7-4 lead.  He added another long home run in the ninth inning, as they were the first two home runs of his career.  Boulware also set career highs for hits, RBIs, and runs.

Tiger starter Daniel Gossett (2-1) pitched 6.2 strong innings to earn the win.  He gave up five hits, four runs (two earned), and four walks with nine strikeouts.  Kyle Schnell allowed just one hit and one run with three strikeouts in the final 2.1 innings pitched to close out the victory.

The Wolfpack scored the game’s first runs in the second inning when Will Nance blasted a two-run homer to left-center, his first career long ball.  Tarran Senay, who reached on an error, also scored on the play.

Trea Turner hit the first pitch of the bottom of the third inning deep over the fence in left field for a home run, his fifth long ball of the season.  Brett Williams reached on a fielding error by shortstop Tyler Krieger, moved to second on an error on a failed pickoff attempt, and advanced to third on a passed ball.  Senay then hit a high pop-up in front of home plate and the ball fell in between four Tigers for a single.  Nance struck out looking and Senay was caught stealing for a double play, but Senay stayed in a rundown long enough to allow Williams to score.

Clemson answered with three runs in the fourth inning.  Shane Kennedy walked and Steven Duggar was hit-by-pitch.  After both runners advanced on an error on a failed pickoff attempt, Boulware flared a single to center to score Kennedy.  Jon McGibbon followed with a single through the right side to score Duggar, then Krieger blooped a single down the right-field line to load the bases.  Maleeke Gibson reached on a fielder’s choice as Krieger was retired at second and Boulware scored.

In the fifth inning, Jay Baum led off with a single up the middle and stole second.  Two batters later, Kennedy walked, then Duggar lined an 0-2 pitch to left-center for a single to score Baum.  Boulware then belted a three-run homer to left field.  McGibbon followed with a single to right field and advanced to second on Krieger’s groundout.  Gibson came through with a two-out double down the right-field line to score McGibbon and give Clemson an 8-4 lead.

Gibson reached on a wild pitch after a strikeout to lead off the top of the eighth inning and moved to second on Thomas Brittle‘s sacrifice bunt.  Baum reached on an error by second-baseman Sam Morgan that allowed Gibson to score.

Brett Austin led off the bottom of the eighth inning with a walk and scored on Senay’s double to left field.

Boulware gave Clemson its five-run lead back in the ninth inning when he crushed a solo homer to left field, his second long ball of the game.

Along with Boulware’s exploits, McGibbon went 3-for-5 with an RBI in Clemson’s 11-hit attack.  Kennedy and Duggar scored two runs apiece as well.

Senay went 2-for-4 with a double and RBI to pace N.C. State, who totaled six hits in the contest.

Clemson and N.C. State will play game-two of the three-game series on Saturday at 4:00 PM.