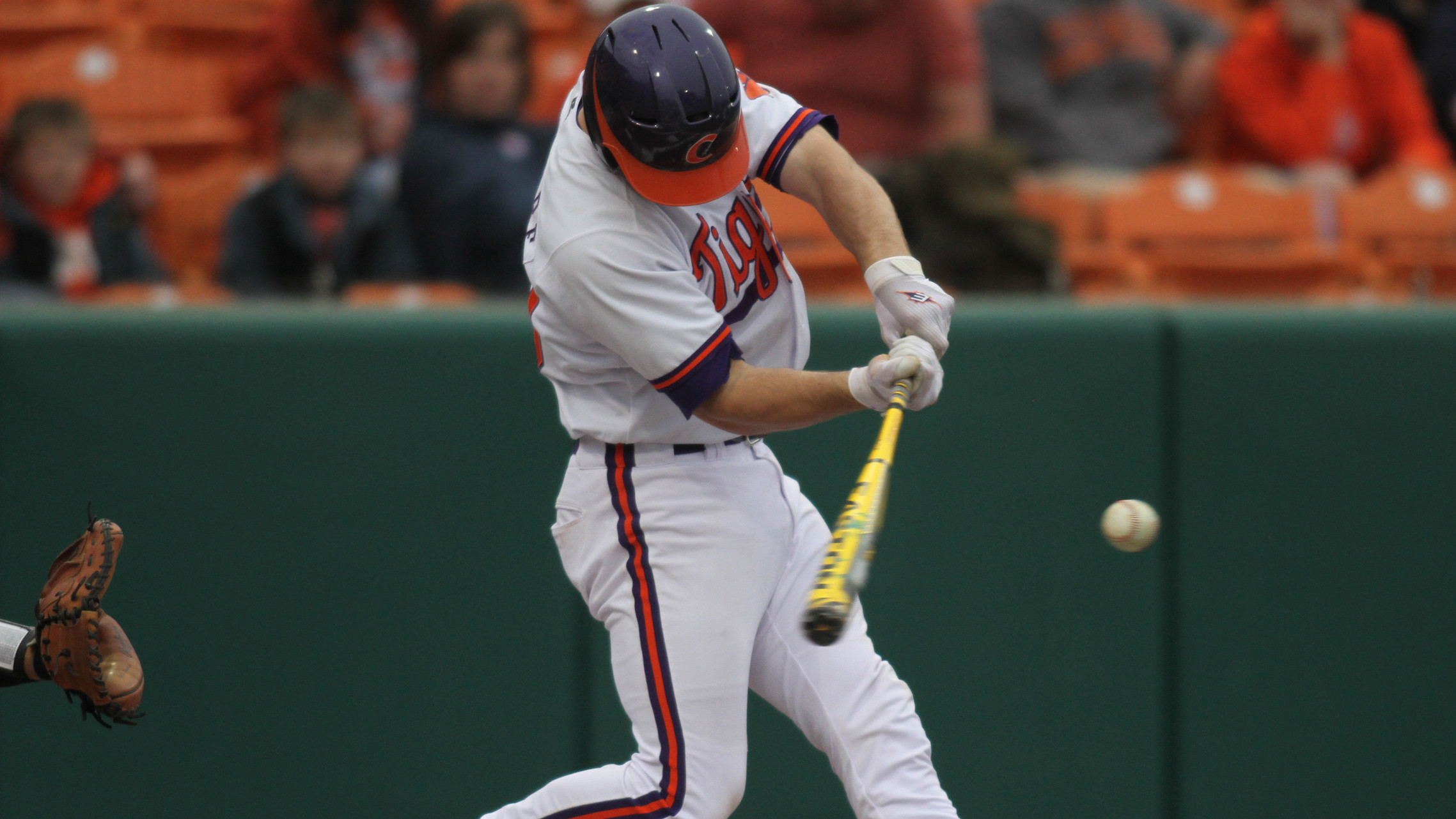 Clemson rising junior Garrett Boulware (Anderson, SC) will participate in the 2013 TD Ameritrade College Home Run Derby. The fourth-annual event will feature college baseball’s top sluggers competing under the lights of TD Ameritrade Park in Omaha at 8:30 PM on July 3 and will air nationally on ESPN at 8:00 PM on July 4. This year’s roster includes power hitters selected from a pool of eligible players who have ranked among the nation’s home run leaders during the 2013 college baseball season.

Boulware had a breakout year in 2013. The catcher clobbered eight home runs with 45 RBIs on his way to winning the Mitchell Award, given annually to the Tigers’ most valuable player. Boulware also earned national attention by being named a Gregg Olson Award semi-finalist and to the Johnny Bench Award Watch List. Boulware will be the second Tiger to participate in the home run derby, joining Richie Shaffer (2011).

The TD Ameritrade College Home Run Derby includes three rounds of play – Round 1, featuring all contestants, Round 2, featuring the top four after Round 1, and Round 3, featuring the top two after Round 2. In each round, contestants will be challenged to hit as many home runs as they can before logging 10 “outs,” or hits that do not result in a home run. Balls reaching the warning track will not count as an “out,” giving players another opportunity at bat. Additionally, following the 10th and final out of each “at-bat,” contestants will have an opportunity to hit a home run with the “Bonus Ball.” If successful, the special ball will tack two additional home runs onto the contestant’s total score.

Tickets are $8 for children, $12 for adults, or $35 for a ‘Family Four-Pack’ and may be purchased in-person from the CenturyLink Center arena box offices, by calling Ticketmaster at 800-745-3000, or online at CollegeHomeRunDerby.com. Handling fees will apply to those tickets purchased over the phone or online.