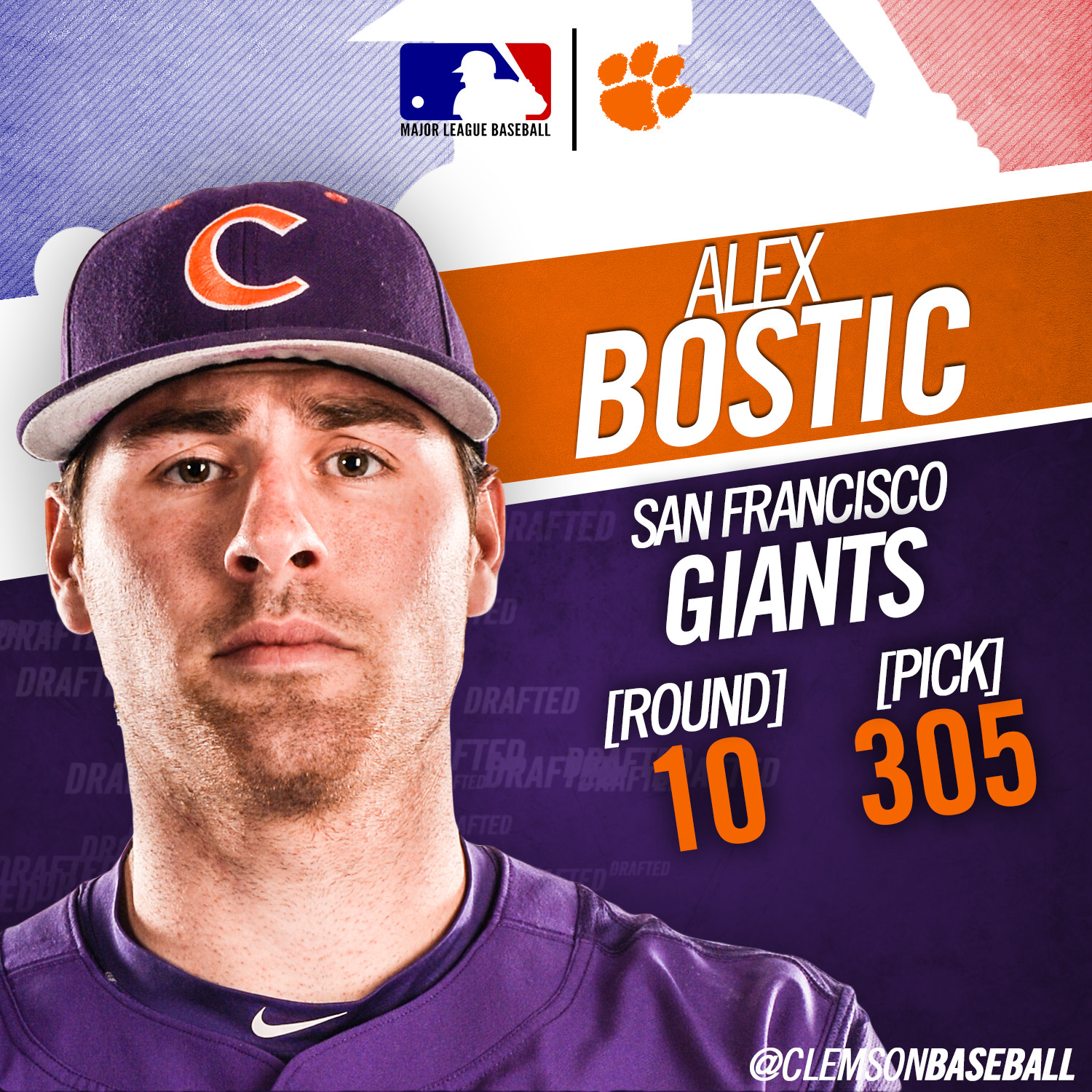 Bostic Drafted in 10th Round

CLEMSON, S.C. – Junior lefthander Alex Bostic (Matthews, N.C.) was selected in the 10th round (No. 305 overall pick) of the MLB draft by the San Francisco Giants on Friday. It marked the third year in a row the Giants drafted a Tiger, as they picked lefthander Matthew Crownover (21st round) in 2014 and outfielder Steven Duggar (sixth round) in 2015.

He earned the win in the ACC Championship Game against Florida State by tossing 4.0 scoreless innings of one-hit ball with eight strikeouts on May 29.

In his three-year career, he is 4-5 with two saves and a .253 opponents’ batting average in 49.2 innings pitched over 49 appearances (two starts).

Bostic was the second current Tiger chosen in the 2016 MLB draft, joining Chris Okey, who was selected in the second round by the Reds.