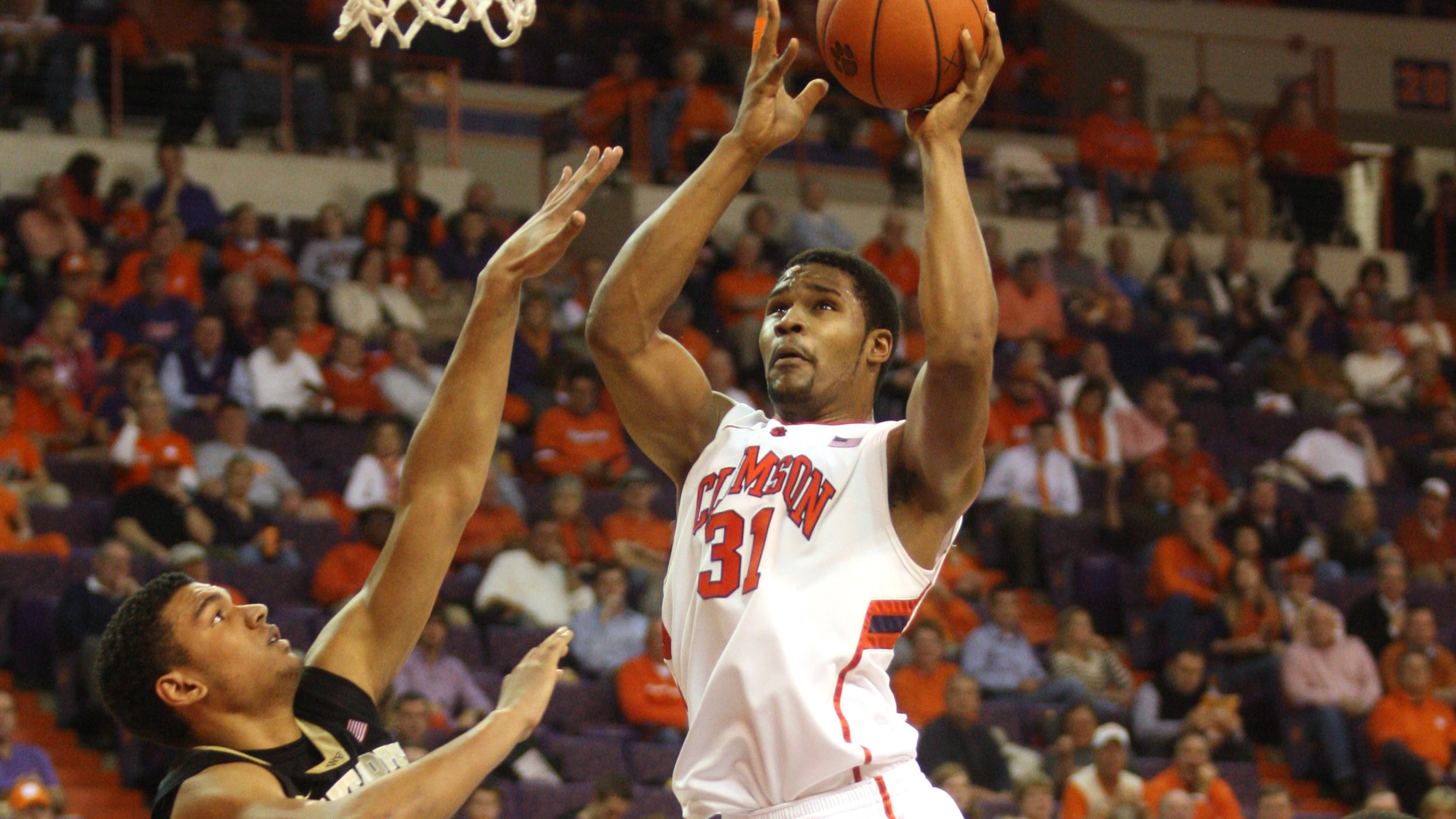 CLEMSON, SC – Clemson senior Devin Booker will play in the 61st annual Portsmouth Invitational Tournament this week in Portsmouth, VA. The event is a four-day, 12-game tournament featuring 64 of the top college seniors in the country. The event will be held April 10-13 at Churchland High School.Booker was a third-team All-ACC selection as a senior after leading the Tigers with 13.1 points and 7.5 rebounds per game. He was fifth in the ACC in field goal percentage with a .545 clip and among the top 10 in the conference in both total rebounds and offensive rebounds per game. He finished his career with 1,154 points – tied for 28th in school history. He grabbed 728 career rebounds, 10th-most by a Tiger.The Whitmire, SC native will be one of eight players on a team sponsored by Cherry Bekaert accounting firm. One of his teammates will be reigning ACC Defensive Player of the Year Durand Scott. He will also team with fellow Palmetto State native Murphy Holloway, an All-SEC selection at Ole Miss this past season. Other teammates include Indiana shooting guard Jordan Hulls, Texas A&M scorer Elston Turner, and Oregon’s E.J. Singler, brother of former Duke standout Kyle Singler.