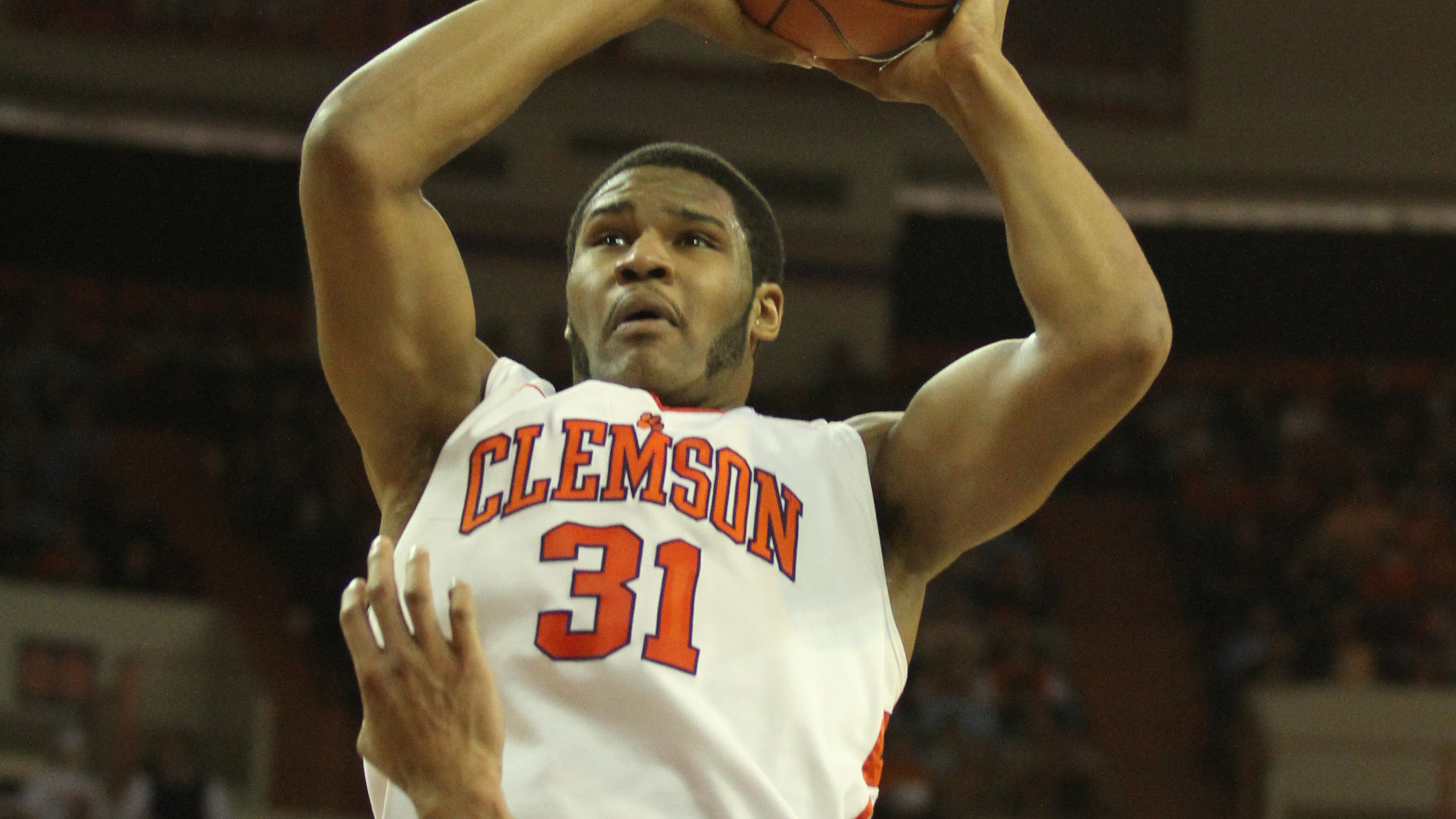 CLEMSON, SC – Clemson senior Devin Booker was named third-team All-ACC as announced Monday by the Atlantic Coast Sports Media Association (ACSMA). With Booker’s selection, it gave the Tiger program at least one All-ACC player for the fifth season over the last six seasons.Booker led the Tigers in scoring during the regular season at 13.2 points per game. He led Clemson and was fourth in the ACC in overall field goal percentage (.546). In conference games, Booker was second among all players in offensive rebounds per game (3.3), sixth in rebounds per game (7.8), eighth in blocked shots per game (1.3) and 12th in points per game (14.4).The 6-foot-8 native of Whitmire, SC enters this week’s ACC Tournament with career totals of 1,143 points and 725 rebounds. He is one of only 12 players in school history with at least 1,100 points and 700 rebounds. He ranks 10th in Clemson history in career rebounds and is 29th in scoring.With Monday’s selection, Booker joins his older brother, Trevor, as an All-ACC performer. Trevor Booker earned second-team honors in 2009 and first-team status in 2010. The two are the first set of brothers in the conference to both be named All-ACC since Jeff and Jason Capel earned the honors for Duke and North Carolina in 1996 and 2001, respectively.