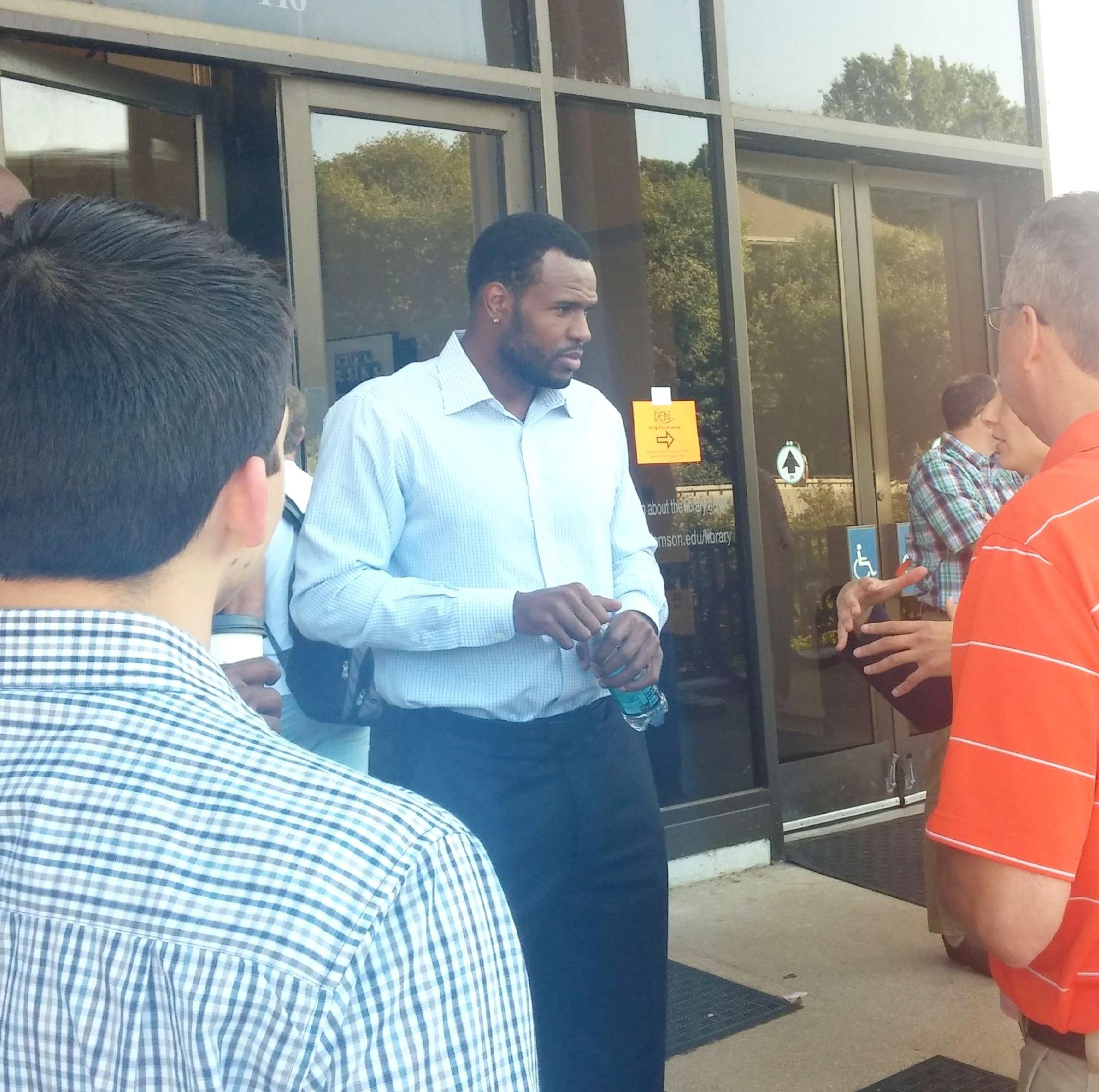 Booker Drops in at DEN

Former First-Team All-ACC power forward and current Utah Jazz forward Trevor Booker was on campus today, as he stopped by to hear presentations from the Design & Entrepreneurship Network (DEN) program. Booker was glad to be back on Clemson’s campus again, as he visited the students of the DEN program.

“Being back here brings back a lot of memories,” Booker said. “Best four years of my life, and just being here and walking around campus to see that much hasn’t changed brings back memories.”

Booker was on hand as DEN members and other young professionals pitched their business ideas to different clients and shared ideas with each other. Booker said attending the program was a great opportunity to hear everyone’s ideas, and learn to pitch and voice his own. Booker spent the evening collaborating and networking with young business professionals.

“I was looking for something to get into for the last few years, and I saw an article about the DEN program, and my guy Chris Brown reached out to the program, telling them what I’m trying to do, and that’s how I got involved in it,” Booker said. “I think it’s a great opportunity.”

A member of the Jazz, Booker has just completed his fifth season in the NBA and his first with Utah after being selected 21st overall in the 2010 NBA Draft. At Clemson, Booker led the Tigers to three consecutive NCAA appearances and finished his career ranked among the program’s top five in points and rebounds.