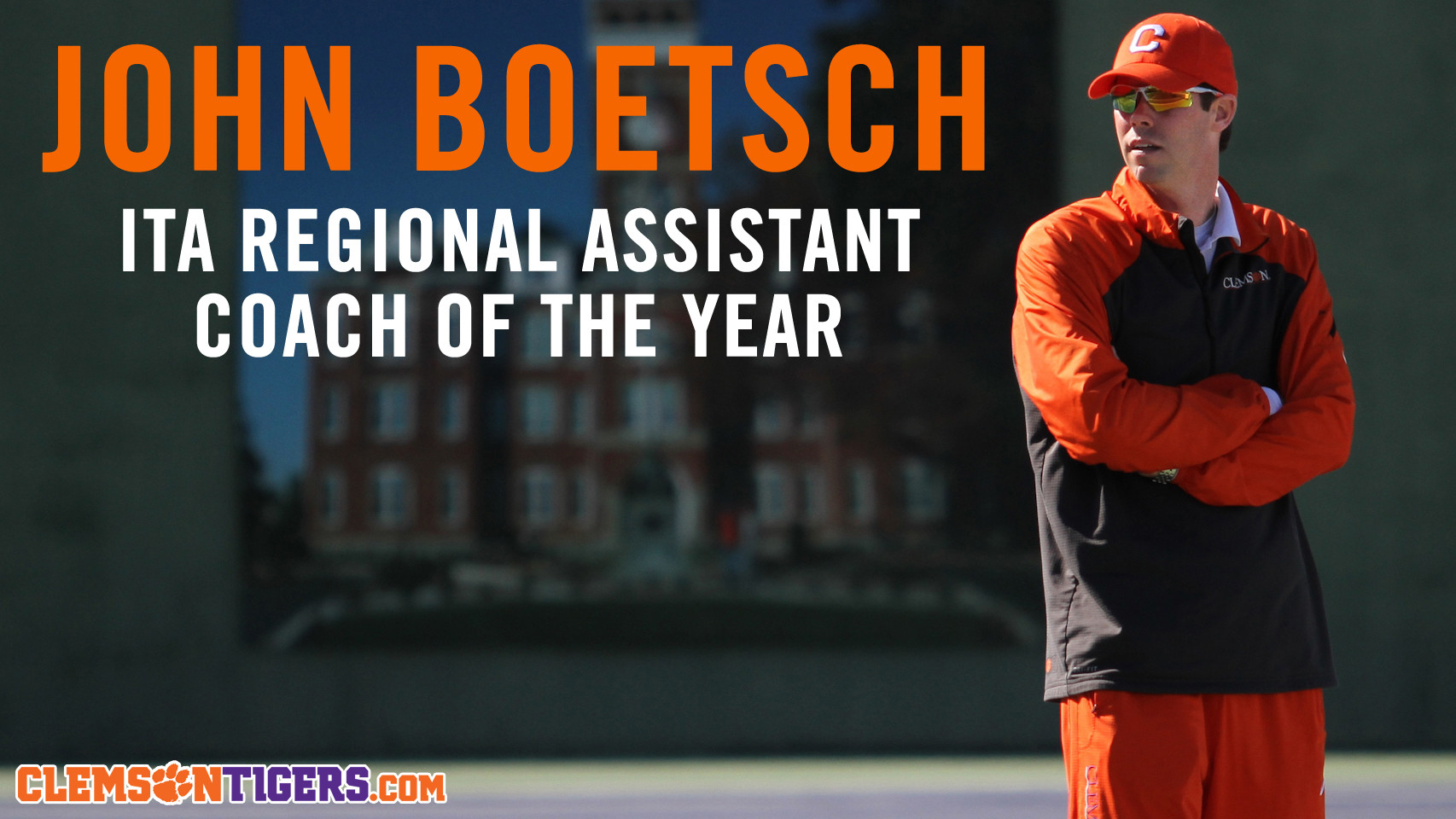 CLEMSON, S.C. – Clemson men’s tennis Associate Head Coach John Boetsch was named ITA Carolina Region Assistant Coach of the Year, as announced by the organization Tuesday. In 2014, Boetsch helped lead the Tigers to the NCAA Championships for the second straight year, and a 21-9 record, the program’s first 20-win season since 2007.

The Clemson men’s tennis program has experienced significant improvements over the six years of Boetsch’s tenure, advancing to the second round of the NCAA Championships in 2013 and 2014, after previously not receiving a tournament bid since 2007. The Tigers have also gone from being unranked by the ITA to a perennial top-25 team over the past two years, and from the bottom of the ACC standings to fourth- and fifth-place finishes the last two seasons, respectively.

Boetsch coached doubles All-Americans Yannick and Dominique Maden in 2013 and has had four players earn All-ACC honors the past two seasons. Two Tigers will play in the 2014 NCAA Singles (Hunter Harrington) and Doubles (Harrington and Maden) Championships in Athens, Ga. later this month.

The ITA Regional Assistant Coach of the Year Award recognizes assistant coaches based on sportsmanship of the coach and his players, team performance for the current season and over his coaching career and contribution of the coach to the game of tennis. Boetsch is now a candidate for the ITA National Assistant Coach of the Year Award, to be announced May 20 in Athens, Ga.