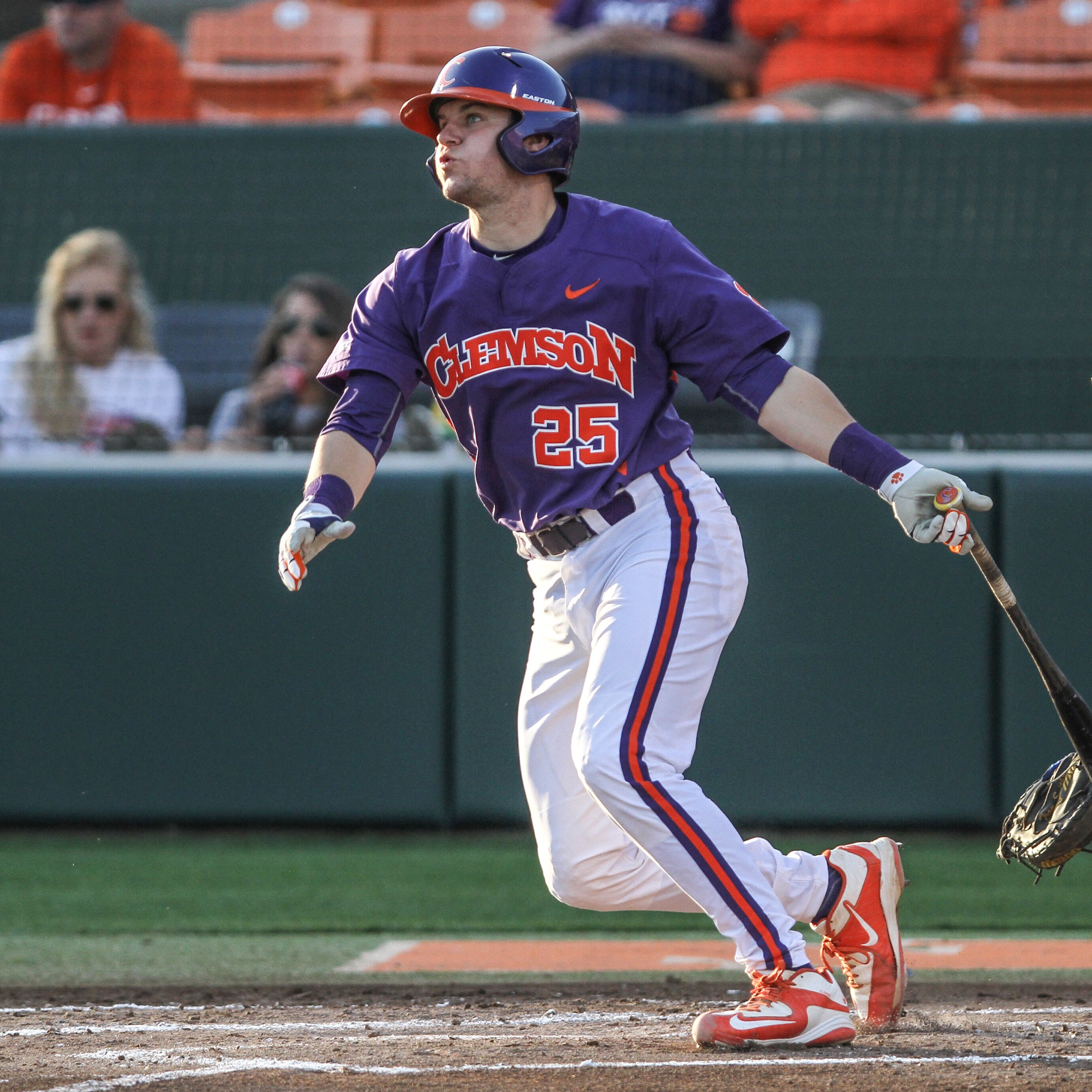 CLEMSON, S.C. – Glen Casaceli’s two-out single in the ninth inning scored Brandon Martin and Guy Casaceli to break a 3-3 tie in Presbyterian College’s 5-4 win over Clemson at Doug Kingsmore Stadium on Wednesday night. The Blue Hose improved to 17-12, while the Tigers dropped to 14-14.

The Blue Hose scored two runs in the top of the first inning on Cam McRae’s opposite-field home run, then Chris Okey belted a two-out, two-run double in the bottom of the first inning to tie the score. Both teams scored single runs in the fifth inning. With two outs and no runners on base in the ninth inning, Martin doubled and Guy Casaceli walked to set up Glen Casaceli’s game-winning single. The Tigers scored a run in the ninth, but it was not enough.

“Presbyterian College is playing good and they did what they had to do,” said head coach Jack Leggett. “They had a big hit at the last minute that they had to and gave them the two-run lead that they needed. We both played pretty good defense all day long, but they just got one more than we did. We have to play Friday against a really good North Carolina team.”

Hayden Deal (2-0) earned the win in 1.1 hitless innings pitched, while Brian Kehner pitched the final 1.0 innings to record his third save of the season. Paul Campbell (0-2) suffered the loss.

Clemson hosts North Carolina for a three-game series starting Friday at 6:30 p.m. Friday is Sports Jersey Night, as fans age 12 and under receive free admission by wearing a Clemson sports jersey. Then, join us for an exciting 10-minute postgame fireworks show.