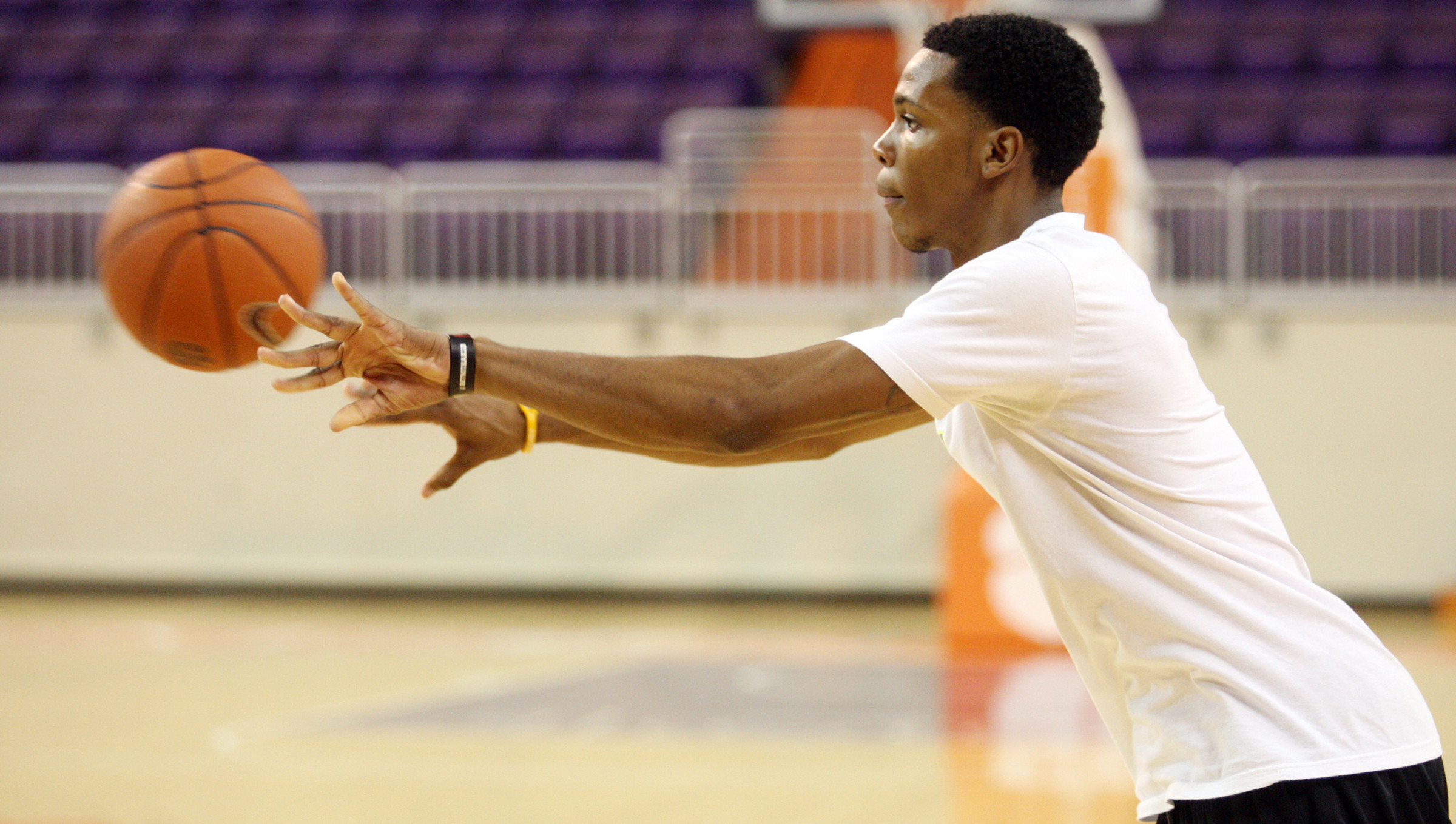 CLEMSON, SC – Clemson Head Coach Brad Brownell announced Thursday that freshman forward Jaron Blossomgame would use a medical red-shirt and sit out the 2012-13 season. The 6-foot-7 native of Alpharetta, GA has been recovering from a broken leg suffered during a workout in April when he was still enrolled as a senior at Chattahoochee High School.”He made a good jump in progress in late September, so we had held out hope he’d be ready ahead of schedule,” Brownell said. “He’s still improving consistently, but there has not been a significant enough jump within the last two weeks to let me know that he would be ready. He is enjoying his time at Clemson and is improving physically and mentally as a player. We will certainly miss him this season; he’s a terrific athlete who could help our depth in the frontcourt. But, he’ll be better at 22 than he will at 18.”Adding Jaron to our signees from yesterday – Austin Ajukwa and Patrick Rooks – will be a boost to our team next season.”Blossomgame is the most decorated of Clemson’s five-man freshman class, earning four-star status from ESPNU, who rated him the nation’s No. 94 prospect in the class of 2012. Blossomgame, a first-team AAAA all-state selection last season, averaged 25.8 points per game and was a standout on the 17 and under Georgia Stars AAU squad last summer.”This will benefit me in the long run,” Blossomgame said. “I can gain experience by watching K.J. McDaniels at our small forward position, and see what Coach Brownell wants out of me. Our doctors said I could be 100 percent in January, but I don’t want to come back in the thick of the ACC schedule and have a tough time adjusting to college ball. If I tried to play right now, I couldn’t produce the way I want to, and that would hold me back from being the best player I could possibly be.”