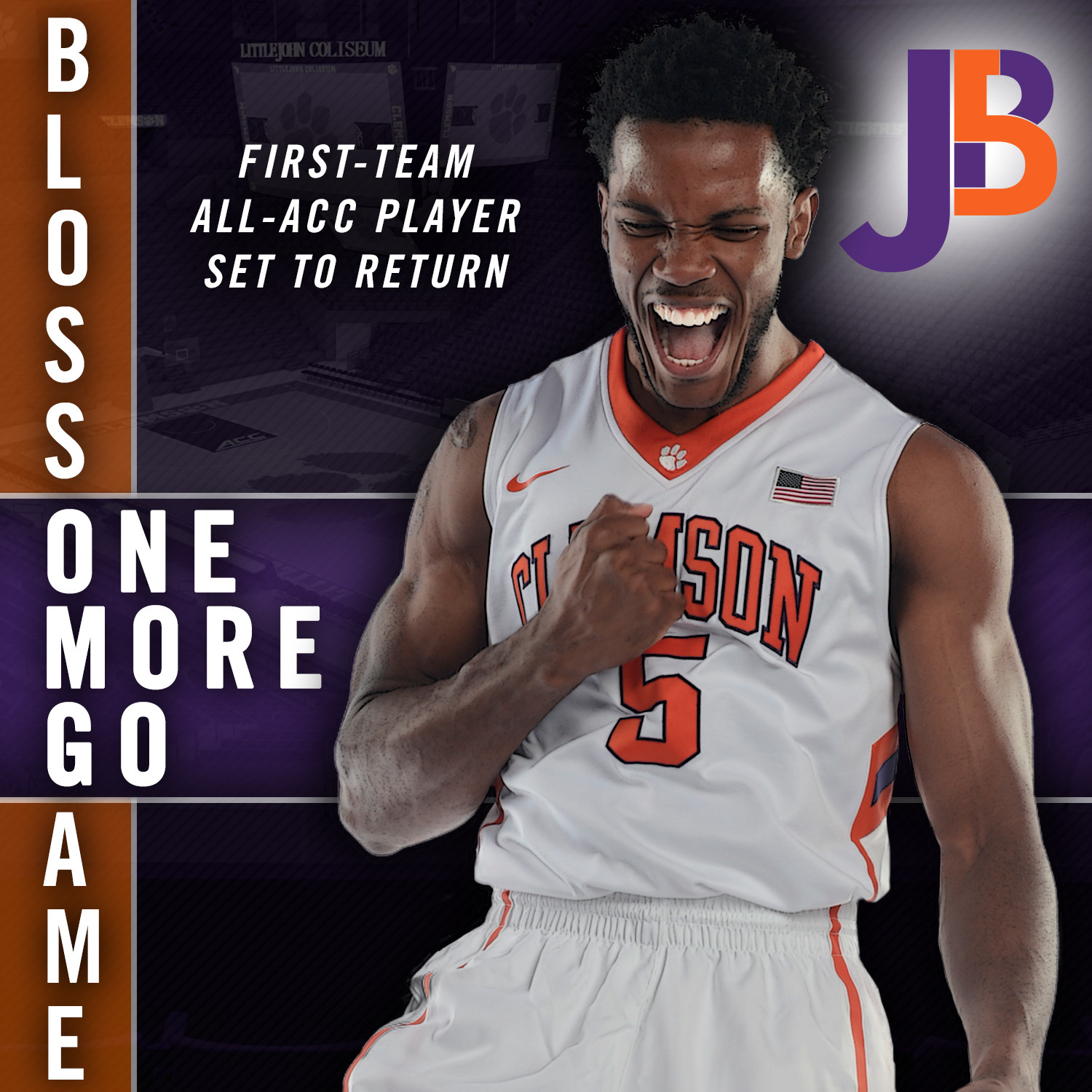 CLEMSON, S.C. — Junior forward Jaron Blossomgame announced at a press conference Wednesday that he will withdraw his name from NBA Draft consideration.

“I appreciate everything Coach (Brad) Brownell and staff have done for me throughout this process, and I feel that the best decision for me at this time is to come back for my senior year at Clemson,” Blossomgame said. “We’ve got a strong team coming back, and I’m excited to open a new Littlejohn Coliseum. This was a very difficult decision, but I’m at peace with it.”

Blossomgame worked out for seven teams and took part in the NBA Draft Combine over the past three weeks. He worked out (in order) for the Utah Jazz, Boston Celtics, Cleveland Cavaliers, Los Angeles Clippers, Philadelphia 76ers, San Antonio Spurs and Phoenix Suns.

“Jaron wants to be a first-round draft pick, and in some ways that’s why he’s coming back,” Brownell said. “But at the same time he loves it here, he knows the type of team we can have next season, and feels there are bright things in our program for our team and for himself. We supported Jaron with whatever he decided to do, but obviously we’re excited he’s coming back for his senior year.”

Blossomgame was named to the All-ACC First Team and was voted the ACC’s Most Improved Player in 2015-16 after averaging 18.7 points and 6.7 rebounds per game. His scoring average was the highest average by a Tiger since 2000-01. Blossomgame produced 16 games with at least 20 points, including three with at least 30. He notched a career-high 33 in a game at NC State.

The Alpharetta, Ga., native excelled offensively in an efficient manner. He became the first Clemson player in history to shoot at least 50 percent overall, 40 percent from three and 75 percent from the free throw line over the course of a season.