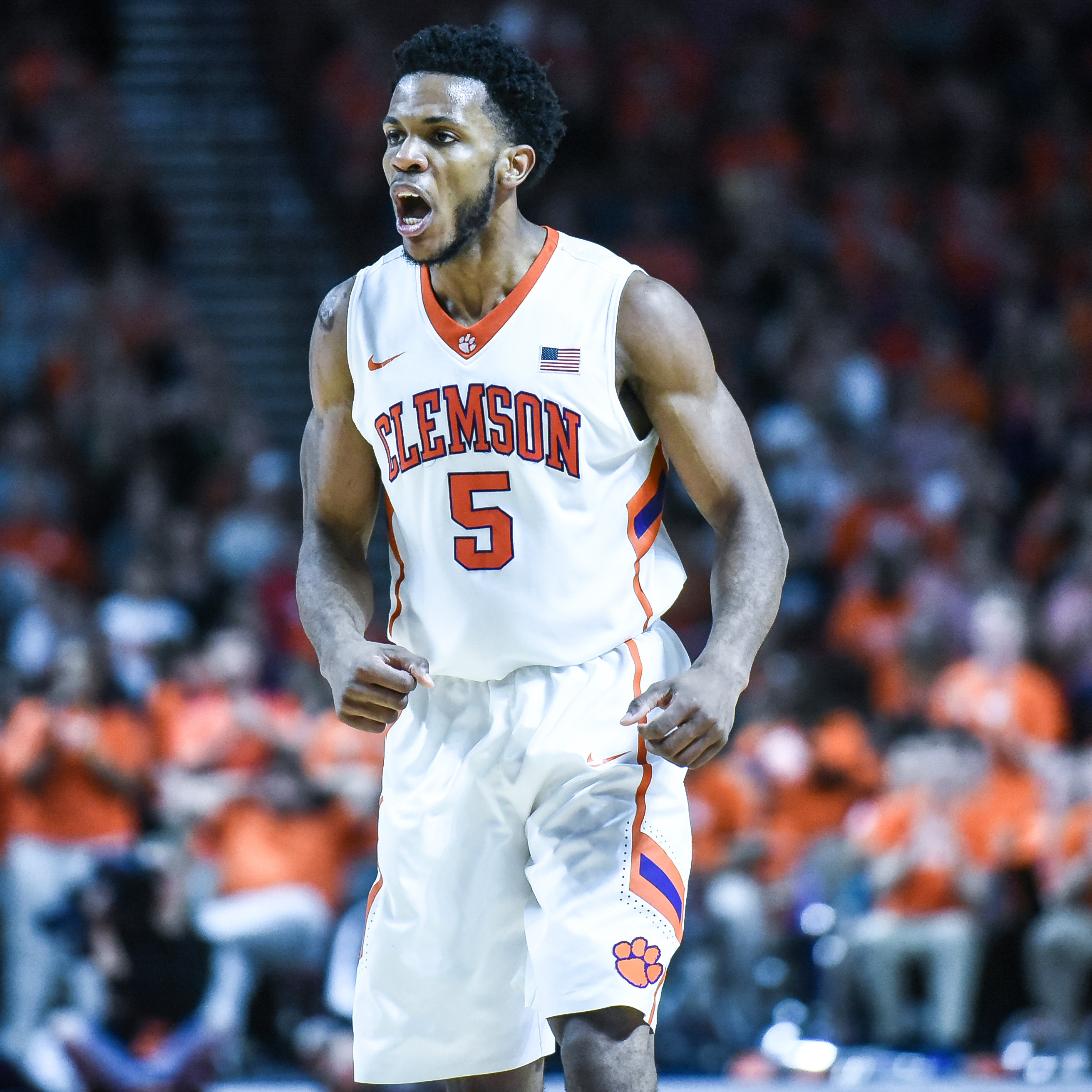 Coming off five straight ACC games with at least 20 points, redshirt junior Jaron Blossomgame is having a season to remember.

After a successful sophomore campaign, Blossomgame turned his sights toward becoming even better in 2015-16. Blossomgame attributes this climb to success to the people who have doubted him along the way.

“The thing that really fuels my work ethic is the people who tell me I can’t do something,” he said.

Those voices have been quieter than ever this season.

Blossomgame’s junior year statistics are eerily similar to former teammate, K.J. McDaniels, who was first-team All-ACC in 2013-14. Blossomgame has put up career highs of 17.2 points and 7.2 rebounds per game, and is shooting the ball at a higher success rate across the board.

“Statistically, I have been shooting a lot better than last year,” he noted. “I was at 29 percent three-point shooting last year; I am up to 42 percent this year. Those are extra points that add on to my average.

“From the free throw line, I am shooting 77 percent which is a good increase from last year. I am controlling the ball and being a more consistent shooter.”

However, even with his success, Blossomgame knows he still has improvements to make.

“I want to be able to see the floor better, find my guys to make assists and be able to read the defensive rotation and hit the right guys when they are open.”

He said he plans to make this happen by working harder than anyone else, and by keeping his motivation at an all-time high.

“I am working hard, getting constant reps in the gym, putting in extra hours and just believing in myself,” he said. “This year, the game has slowed down and I have gained that confidence in myself. All the work I did in the preseason has really carried over to the season.”

The Tiger basketball team is currently tied for third in the ACC standings heading into a Saturday tilt at Virgina Tech. However, the road to get to this point hasn’t been an easy one.

Blossomgame says the team’s mindset was not in the right place at the beginning of the season. Winter break helped the players regroup and come back stronger for the second half of the season.

“Obviously, winning games does something for the mindset of the team,” he admitted. “However, after the loss at Georgia (on December 22), we had a players-only meeting, but our problems were deeper than that, deeper than just missing shots. It seemed like we didn’t believe in each other. Thankfully, we went home and turned it around and refocused.”

Surprisingly, one thing that helped Blossomgame and his teammates refocus was a loss to ACC front-runner North Carolina.

“The game up at Chapel Hill, where we lost by around 11, showed us that we could play with anybody in the country,” he said. “Then, we came out the next game and beat Florida State, Syracuse, and the streak against the three ranked teams.

“We’ve been through a lot of battles the past couple of weeks. That confidence just kept building and it keeps us rolling now, and guys are producing at a high level.”