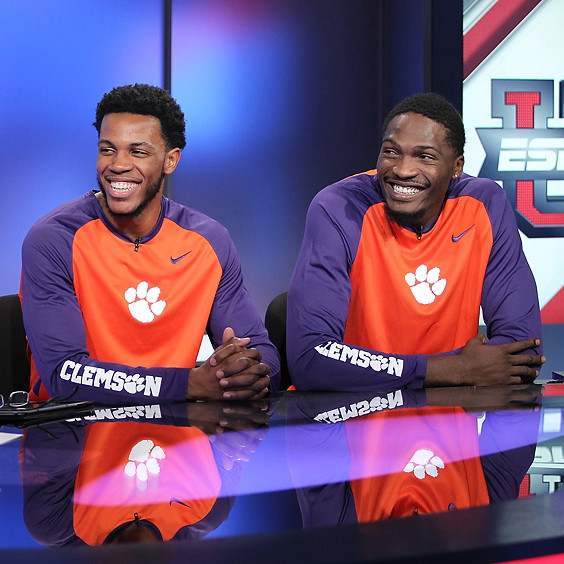 Blossomgame put together one of the best individual seasons in Clemson history in 2015-16. Blossomgame is third in the ACC in overall (18.6 ppg) and ACC-game (20.7) scoring. He also finished the regular season sixth in the ACC in field goal accuracy (51.6 percent), while shooting a career-best 44.9 percent from three-point distance. Blossomgame scored 373 points in the ACC regular season, third-most in program history.

Blossomgame ranked among the league leaders with 15 games with at least 20 points, and three games of 30 or more. His top scoring effort was at NC State, where he poured in a career-high 33. He also posted 31 against No. 4 Virginia and 30 against Notre Dame. He also averaged over 20 points per game against top-25 teams, helping the Tigers to four such wins in the month of January.

Nnoko led the ACC in blocks per game (2.4) during the regular season, accumulating a career-high 71 over 30 games. He is the primary factor the Tigers lead the ACC as a team in blocks per game. Nnoko posted a career-best eight blocks at Virginia Tech, most by any ACC player in a game this season. Heading into the ACC Tournament, Nnoko is fifth in Clemson history with 212 blocks over his career.