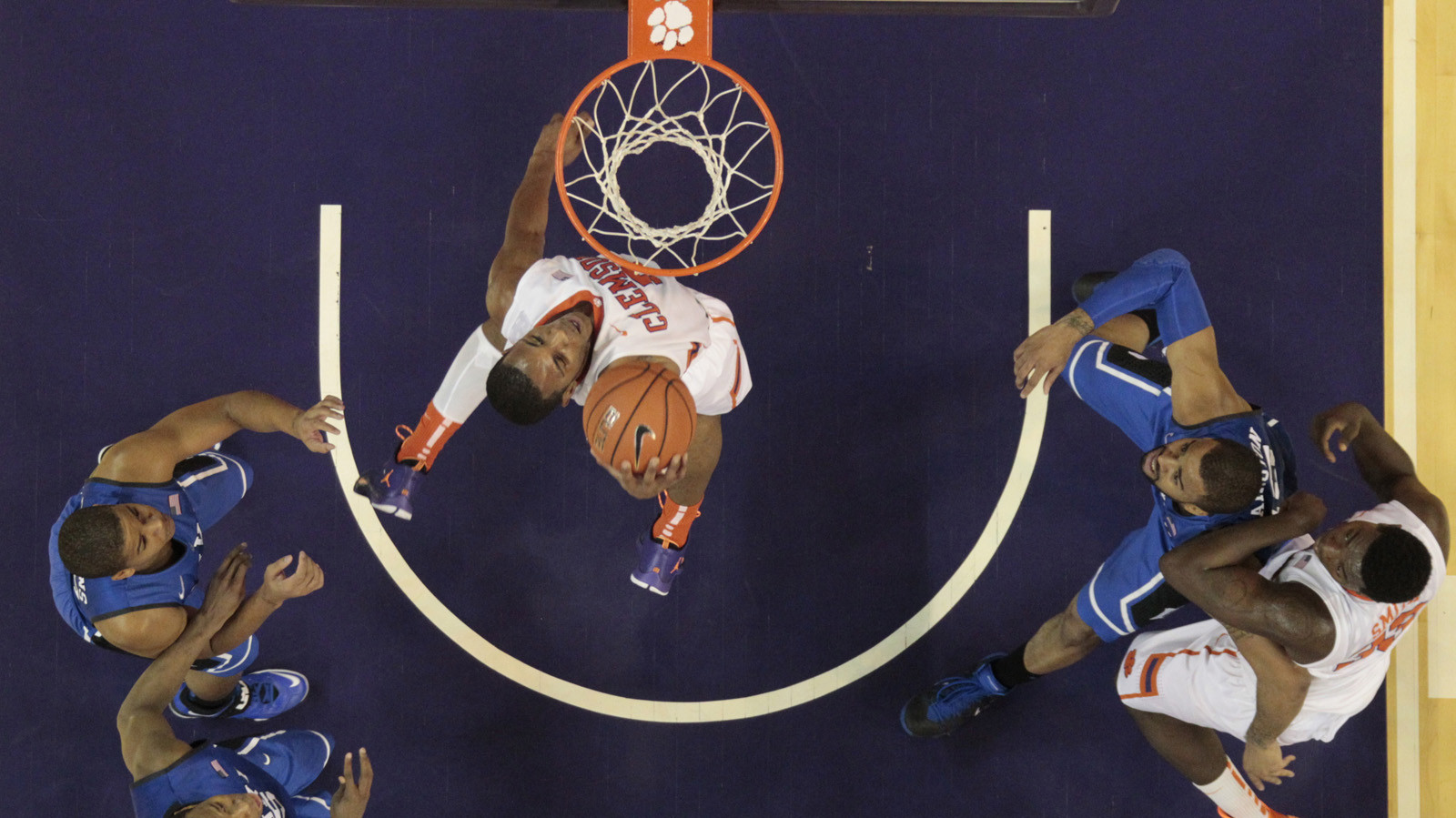 CLEMSON, SC – Red-shirt freshman Jaron Blossomgame has been named ACC Rookie of the Week, the conference office announced Monday afternoon. Pittsburgh forward Lamar Patterson was ACC Player of the Week recipient.In earning the honor, Blossomgame is the first Tiger freshman to be named ACC Rookie of the Week since Terrence Oglesby in the 2007-08 season. He posted his first career double-double in Clemson’s win over No. 16/13 Duke. He produced career highs in points (14), rebounds (14), field goals (5), three-point goals (2) and minutes (35). His 14 rebounds were a high in 2013-14 by any ACC freshman. The 14 boards were also the most by a Tiger freshman since Chris Hobbs pulled down 15 against The Citadel in 2000. In addition, he did not have a turnover in his 35 minutes of play against the Blue Devils.Blossomgame was one of three Tigers with a double-double Saturday, joining K.J. McDaniels (24 points, 10 rebounds) and Landry Nnoko (10 points, 13 rebounds). It was the first time since 1985 against Wake Forest that three Clemson players had double-doubles in the same game.