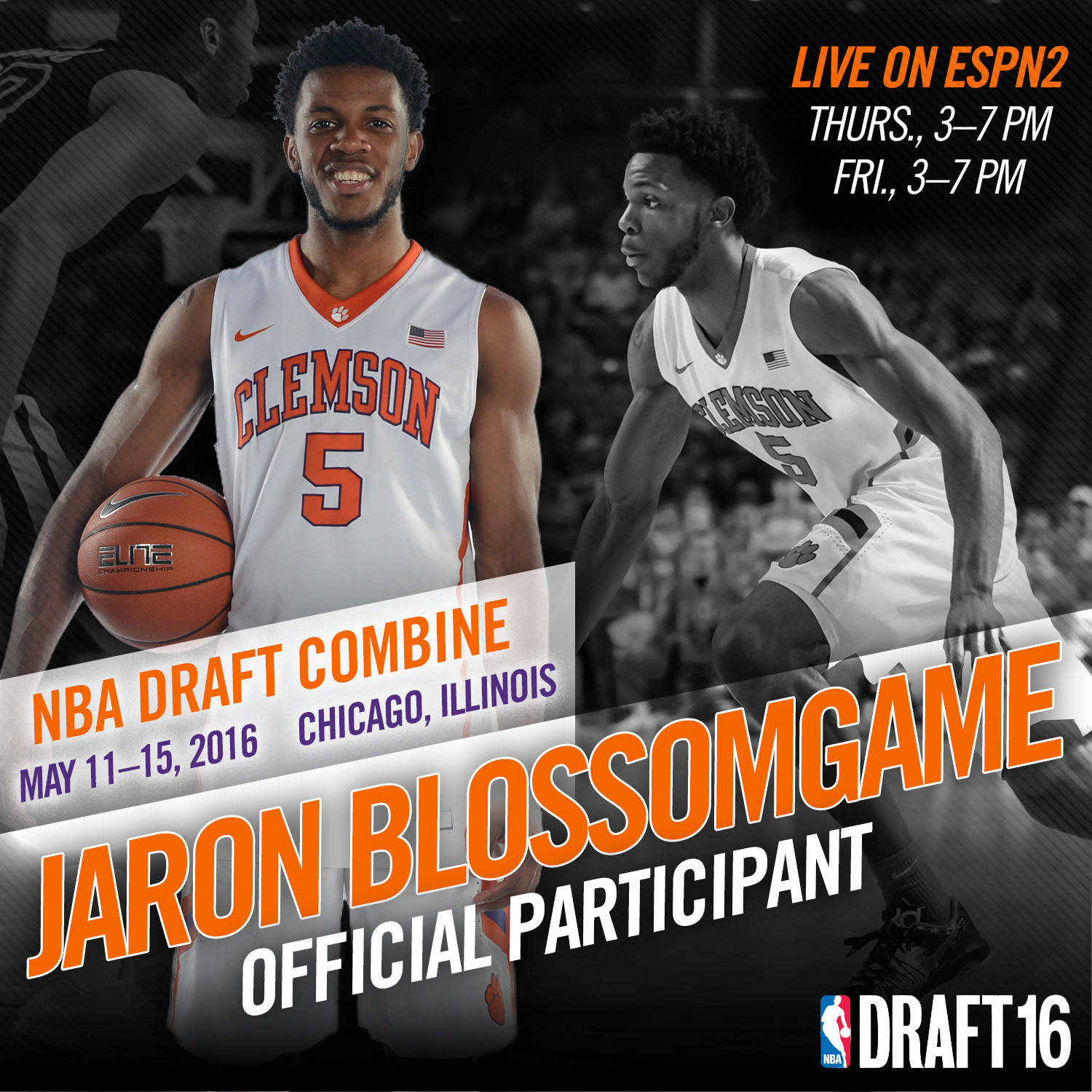 CLEMSON, S.C. — Junior forward Jaron Blossomgame is headed to Chicago for the NBA Draft Combine, held Wednesday through Sunday. The event will be televised live by ESPN2 on Thursday and Friday from 3-7 p.m.

Blossomgame has not signed with an agent in order to retain his final season of eligibility. He and other early entries will have 10 days following the combine (May 25) to make a final decision regarding the draft.

“The first two days, the focus is on interviewing with different teams and talking to the media,” Blossomgame said. “Then we get into the testing, shooting drills and 5-on-5. I’m expecting things to go well. The main thing I want teams to see is how hard I compete and my versatility on the court. I look forward to showcasing more perimeter skills than I did this past season.”

Blossomgame completed three workouts over the past week leading up to the combine. He worked out for the Utah Jazz on May 5, the Boston Celtics on May 7 and the Cleveland Cavaliers on May 9. He has more workouts scheduled for the week immediately following the combine.

One of Clemson’s all-time greats, current Jazz forward Trevor Booker, was on site during Blossomgame’s May 5 workout along with teammate Gordon Hayward. Blossomgame has previously worked out in the offseason with Hayward’s trainers.

“The on-court workouts have pretty much been the same,” he said. “You put up a bunch of shots — coming off ball screens, sliding to the corner, raising up off a pick-and-roll. Some workouts have focused on stationary shooting. You play 1-on-1 and 3-on-3 with the group they bring in.

“I feel really prepared for the workouts. Utah did a lot of testing — lane agility, vertical, wingspan. Each team has a different way of testing players, so it’s been interesting.”

Blossomgame was named to the All-ACC First Team and was voted the ACC’s Most Improved Player in 2015-16 after averaging 18.7 points and 6.7 rebounds per game.