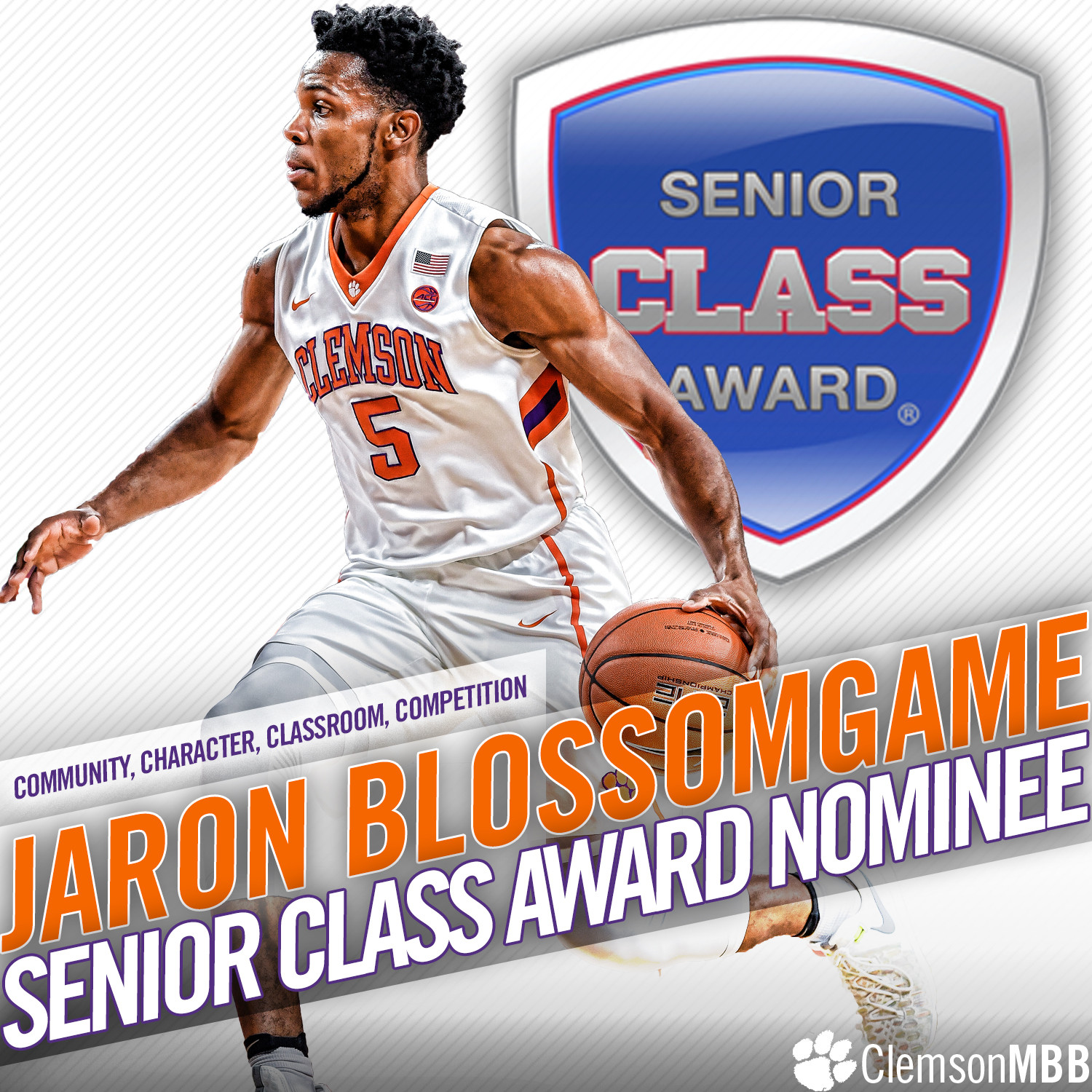 CLEMSON, S.C. — Jaron Blossomgame has been named one of 10 finalists for the 2017 Senior CLASS Award, announced Wednesday. The honor has been presented annually since 2002 to the senior men’s basketball player who best exhibits attributes as a student-athlete in four areas: community, classroom, character and competition. The winner is determined based on a vote of NCAA Division I head coaches and national media. A fan vote, available at SeniorCLASSaward.com through March 20, also factors into the selection of the winner.

The 6-foot-7 senior and August 2016 graduate leads the Tigers and is 10th in the ACC in scoring at 17.3 points per game. He ranks seventh among ACC players in field goal percentage overall (.505) and in league play (.524). Blossomgame is third among active ACC players with 1,582 career points and fourth with 770 rebounds. He ranks ninth in school history in both categories.

Prior to the season, Blossomgame was instrumental in organizing a team community service initiative involving ClemsonLIFE. He and his teammates led an hour-long instructional basketball clinic that included multiple stations for nearly 40 members of the program aimed to provide a college experience for students with intellectual disabilities.