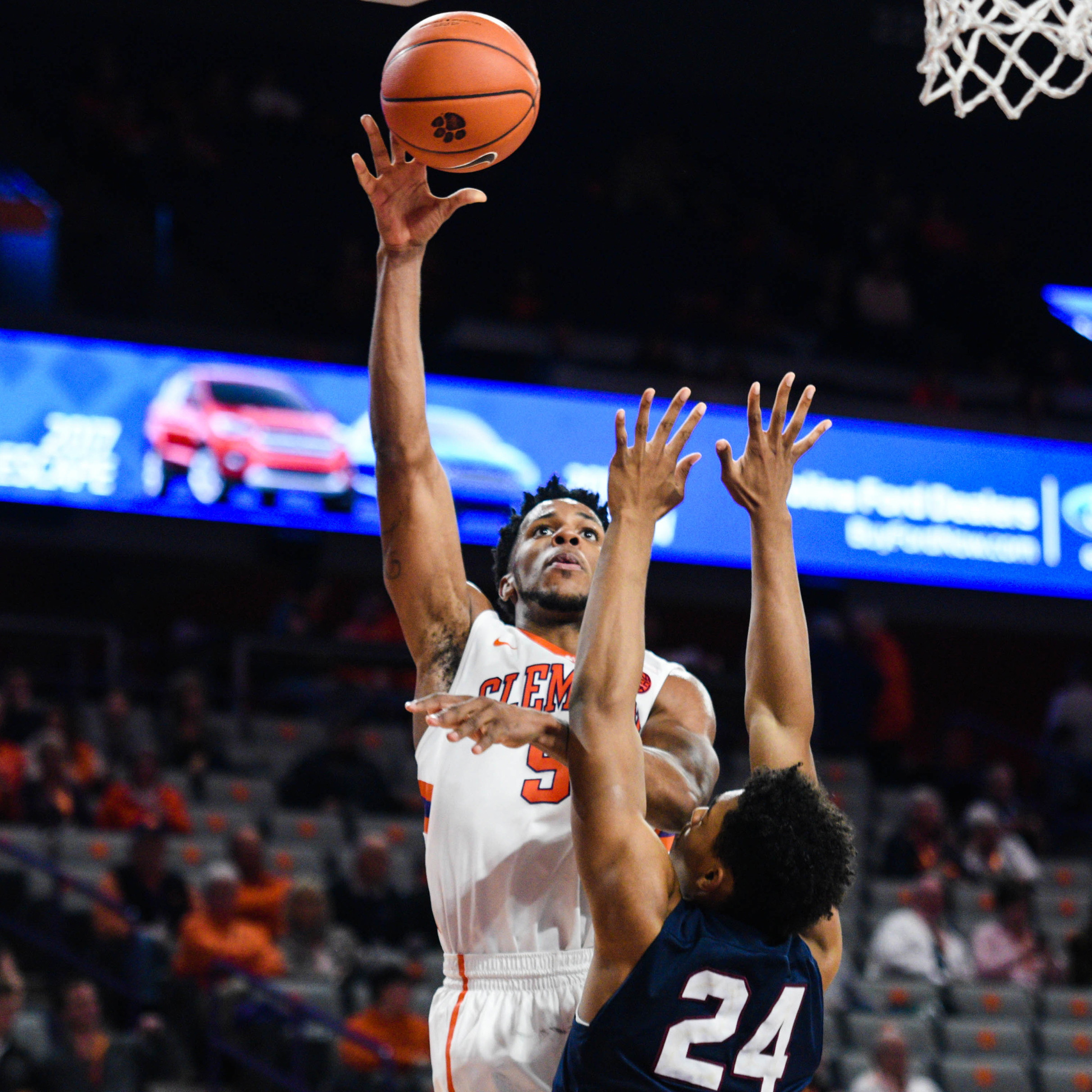 CLEMSON, S.C. — Jaron Blossomgame has been named one of 10 finalists for the 2017 Julius Erving Award, the Naismith Memorial Basketball Hall of Fame announced. The honor was first presented in 2015 and recognizes the top small forward in Division I men’s basketball. Previous winners of the Julius Erving Award include Stanley Johnson of Arizona (2015) and Denzel Valentine of Michigan State (2016).

The 6-foot-7 senior and Clemson graduate leads the Tigers and is seventh in the ACC in scoring at 18.4 points per game. He ranks third among ACC players in field goal percentage overall (.526) and in league play (.587). Blossomgame is third among active ACC players with 1,517 career points and fourth with 740 rebounds. He needs 14 points Wednesday to become only the fifth player in Clemson history to rank in the top 10 in both points and rebounds.

Blossomgame has scored 20 or more points in six of the Tigers’ last seven games. Last time out, he posted his ACC-high this season with 25 in a win at Pittsburgh. Blossomgame has been projected as a first-round NBA Draft choice by both Bleacher Report and Draft Express within the last week.