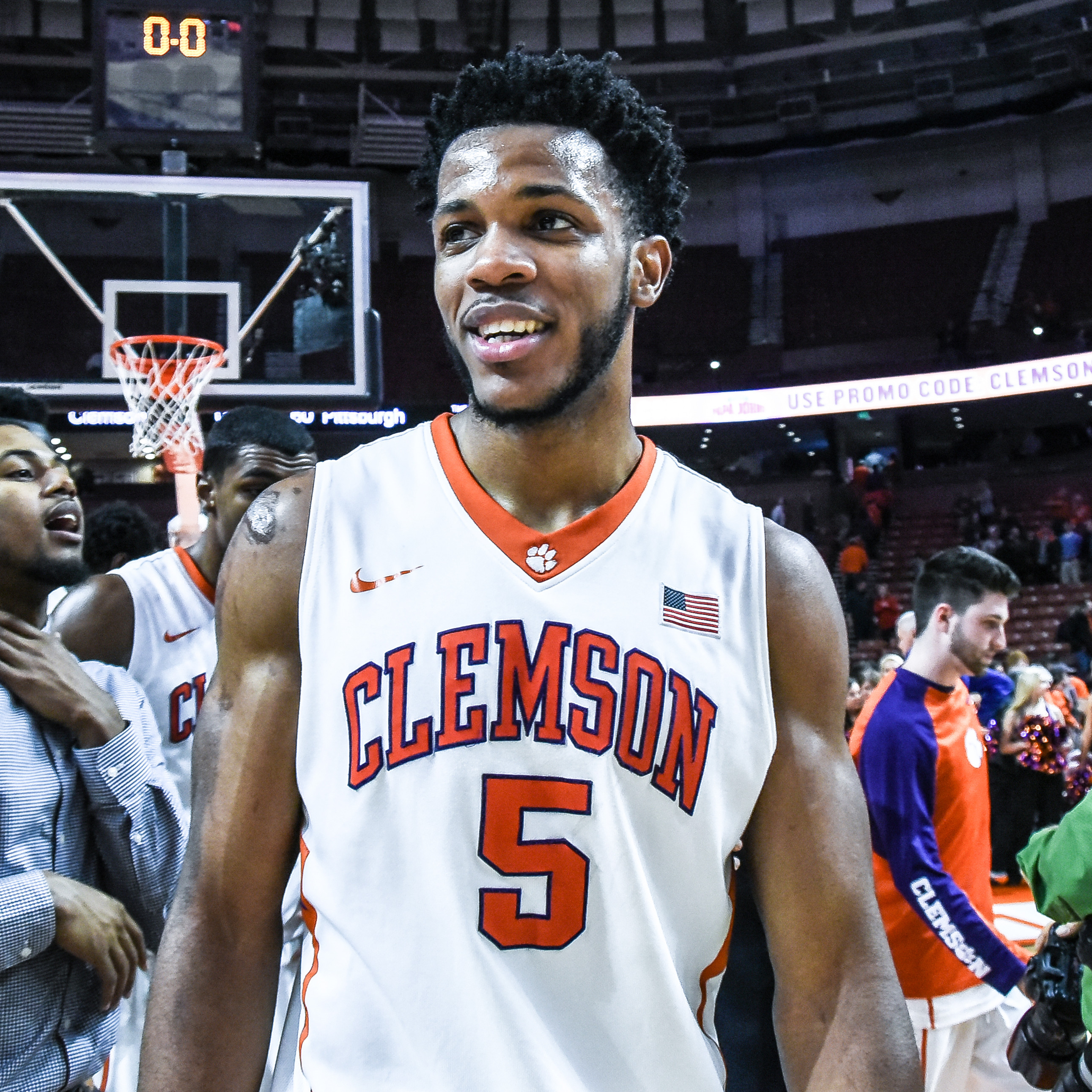 Blossomgame Declares for NBA Draft, Does Not Hire an Agent

CLEMSON, S.C. — Redshirt junior forward Jaron Blossomgame has filed the necessary paperwork to make himself available for the 2016 NBA Draft, head coach Brad Brownell announced Wednesday. Blossomgame has not signed with an agent, thus leaving open the option of returning to Clemson for his senior season. The deadline for underclassmen to withdraw from draft consideration is May 25. The NBA Draft will be held at the Barclays Center in Brooklyn, N.Y., on June 23.

“This is the next step in the process for Jaron as he pursues his goal of playing in the NBA,” Brownell said. “He had a terrific season for us, and we’re proud of how hard he has worked to put himself in this position. Our staff will continue to gather information throughout the process to help Jaron make the best decision possible.”

Blossomgame and other early entrants will benefit from a new rule approved by the NCAA in January that allows underclassmen to attend team workouts and the NBA Draft Combine — held May 10-15 in Chicago — to gather feedback to make a more informed decision.

“Coming off a major leg injury, I didn’t know how quickly professional basketball would be an option,” Blossomgame said. “I was always a little worried I wouldn’t be the same. But it made me work harder and fueled me to try and achieve my goal of getting to the NBA. (During the process) I’ll be looking at their projections, and where teams see me fitting in at the next level. I want general feedback as it relates to my strengths and weaknesses, and improvements I need to make as a player.

“If the feedback is not positive, then I will return to school for my senior season. We’ll have a great chance to put a good team together. Guys will develop over the summer, and with the addition of three talented transfers, we will have a team with a chance to do something special next season.”

Blossomgame was special in 2015-16, as he was named first-team All-ACC and Most Improved Player by the league’s head coaches and media. He averaged 18.6 points per game, the highest average by a Tiger since 2000-01. Blossomgame produced 16 games with at least 20 points, including three with at least 30. He notched a career-high 33 in a game at NC State last month.

The Alpharetta, Ga., native excelled offensively in an efficient manner. He became the first Clemson player in history to shoot at least 50 percent overall, 40 percent from three and 75 percent from the free throw line over the course of a season.