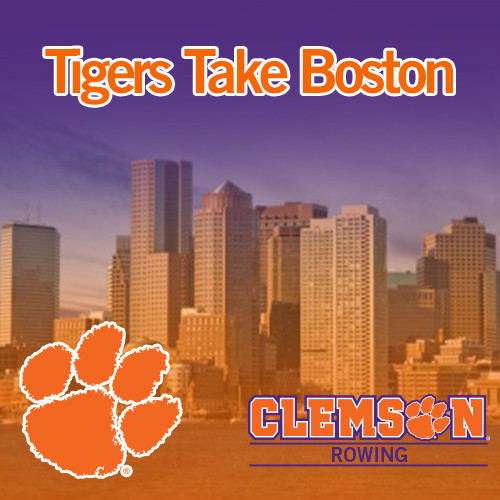 Blog: Rowing in Boston for Head of the Charles

It’s here. The day we have all been waiting for has finally arrived. The fall season begins this weekend with the Head of the Charles in Boston, Mass.

Today began early as we arrived at the boathouse before 7 a.m. and hit the road around 7:30. A two-hour bus ride to the Charlotte Douglas International Airport in Charlotte, N.C. ensued, as “Pitch Perfect” played on the charter bus television.

Once we got to the airport, the gate to our flight was truly Solid Orange. With the Clemson football team also in Boston this weekend, there were many Tiger fans on our flight. In fact, we even started the cadence count before boarding.

It rained all day in Boston, so instead of going to the course and running outside, once we arrived at the hotel the rowers ran in the hotel gym.

After a nice run, food was definitely of importance. Felicia’s in Stoneham hit the spot. Large portions were the feature of the night – just look at the meatballs that Stephen and Caroline ordered!-  but bread also hit the spot. It was brought to attention that 13 loaves of bread were consumed, something that the rowers were quite proud of! But perhaps the highlight of the night was our waitress who spoke fluent Italian and had a nice conversation with Gaia Nencini –see Instagram video at ClemsonRowing.-

After a lengthy day one, it’s back to the grind tomorrow. We will practice at the course on the Charles River beginning at 8 a.m. Our first race is Saturday afternoon.

While Thursday was spent travelling and getting acclimated to the area, today we were able to get in the boats.

After a light breakfast at the hotel, we were able to get our first look at the Charles River in downtown Cambridge. The weather was perfect; sunny and in the low 70’s. Our two boats got some quality practice in, learning the ins and outs of the course. This regatta is unlike anything else. To begin, it is the largest two-day regatta in the world, attracting around 400,000 spectators and 11,000 competitors. Tents, stands, ergs and food surround the 4,800-meter course. It is truly a spectacle to behold. Needless to say, tomorrow and Sunday will be really exciting.

After practice, a relaxing night followed with dinner and a team meeting at the hotel. After dinner, Head Coach Stephen Frazier Wong brought the team together to discuss the plan for tomorrow’s race. He established the goals for this weekend including committing 100% to every stroke, establishing power and rhythm and projecting success. The night concluded with a nice team building activity. All rowers, coaches and staff went around in a circle and said what they were thankful for and something about one of their teammates. One of our team mottos is ‘one team, one goal’ and as members of the Clemson Family, we continuously strive to be the best teammates that we can possibly be. At the end of the day, teamwork makes the dream work!

It’s off to bed early tonight. Get excited, we race tomorrow!! Our Varsity 4 will launch at 12:38 with the race beginning an hour later. Last year, the V4+ finished second and we’re hoping for similar results. Be sure to follow @ClemsonRowing for a behind the scenes look of the rowing team with updates throughout the day. A live webcast of the race can be found here: http://www.hocr.org/the-regatta/live-webcast/.

After months of anticipation, the Tigers were back in action on the water this afternoon. The Clemson Varsity 4 competed in the Club Fours Event, rowing from bow 2. The crew, consisting of coxswain Emily Goff, Lorena Croft, Claire Prevost, Dana Zielinski and Cassidy Davidson, finished in seventh place out of 59 boats that completed the race with a time of 18:58.77.

Joining us at the course today were some of our rowing alumni. One of the events at the Head of the Charles is an Alumni 8+ and our former rowers were back in action wearing the paw. It is always awesome to be able to reconnect with those who came before us and stay in contact. It’s all part of being in the Clemson Family.

We left the course at 3 p.m. and arrived back at the hotel just in time for the start of the Clemson football game as they played Boston College. The team gathered on the couches in the lobby of the hotel and cheered their fellow Tigers to victory over the Eagles.

Lastly, we want to give a big shout out to the rest of our team back in Clemson. Today was also the Tail of the Tiger and it finished with a Clemson sweep. Good job, Tigers!

Tomorrow, our V8+ will compete in the Championship Eights event. Race time is at 2:18. Follow @ClemsonRowing on Twitter and Instagram for all of the latest information.

After watching the fours compete yesterday, today it was the eights turn to race. The Varsity 8+ competed in the Championship Eights and rowed to a 21st place finish. The Tigers finished the race with a time of 17:35.07. The crew consisted of coxswain Katie Eidson, Tatiana Lundstrom, Aurelia Wurzel, Samantha Duggan, Paula Wesselmann, Ashley Robinson, Rebecca Kretzer, Stephannie Allen and Gaia Nencini.

The race was the last for the Tigers in this opening weekend of the fall season. Clemson returns to action in two weeks for the Head of the Hooch in Chattanooga, Tenn. The races will be on Saturday, November 1 and Sunday, November 2.

After de-rigging the boat it was off to the airport for a nighttime flight home. We will fly back into Charlotte before driving back to Clemson.

The team bonded a lot over the trip as it was a good opportunity for everyone to be solely with each other for an extended period of time. All in all, the trip can be defined as a huge success.

This team is a great group of girls and they have the opportunity to do something truly special. It has been a privilege to work with them and I am excited to see what the rest of this year has in store for us.

So long Boston, it’s been real. But it’s time to come back home to Tigertown. Until next year. #RowTigers #SolidOrange 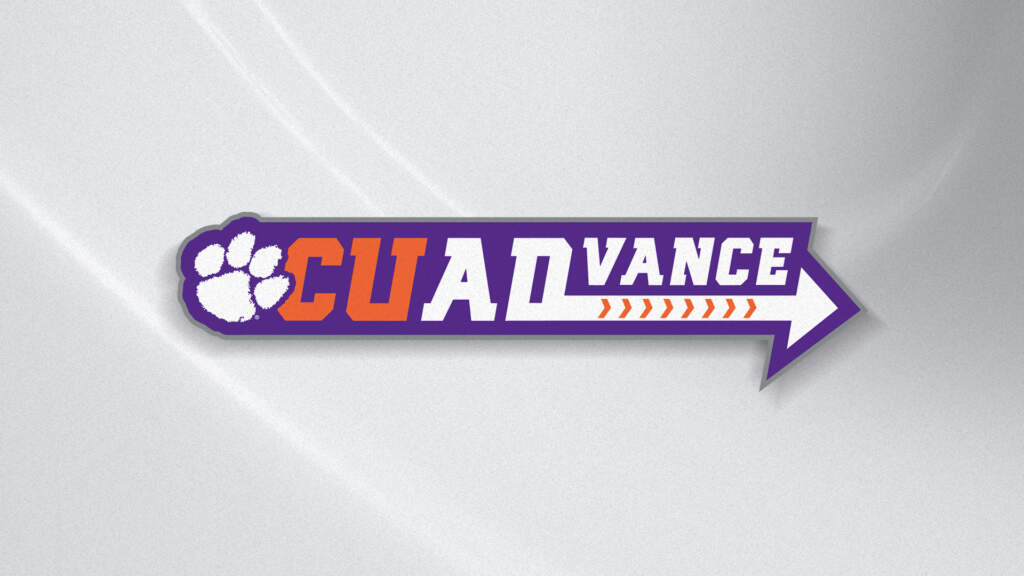