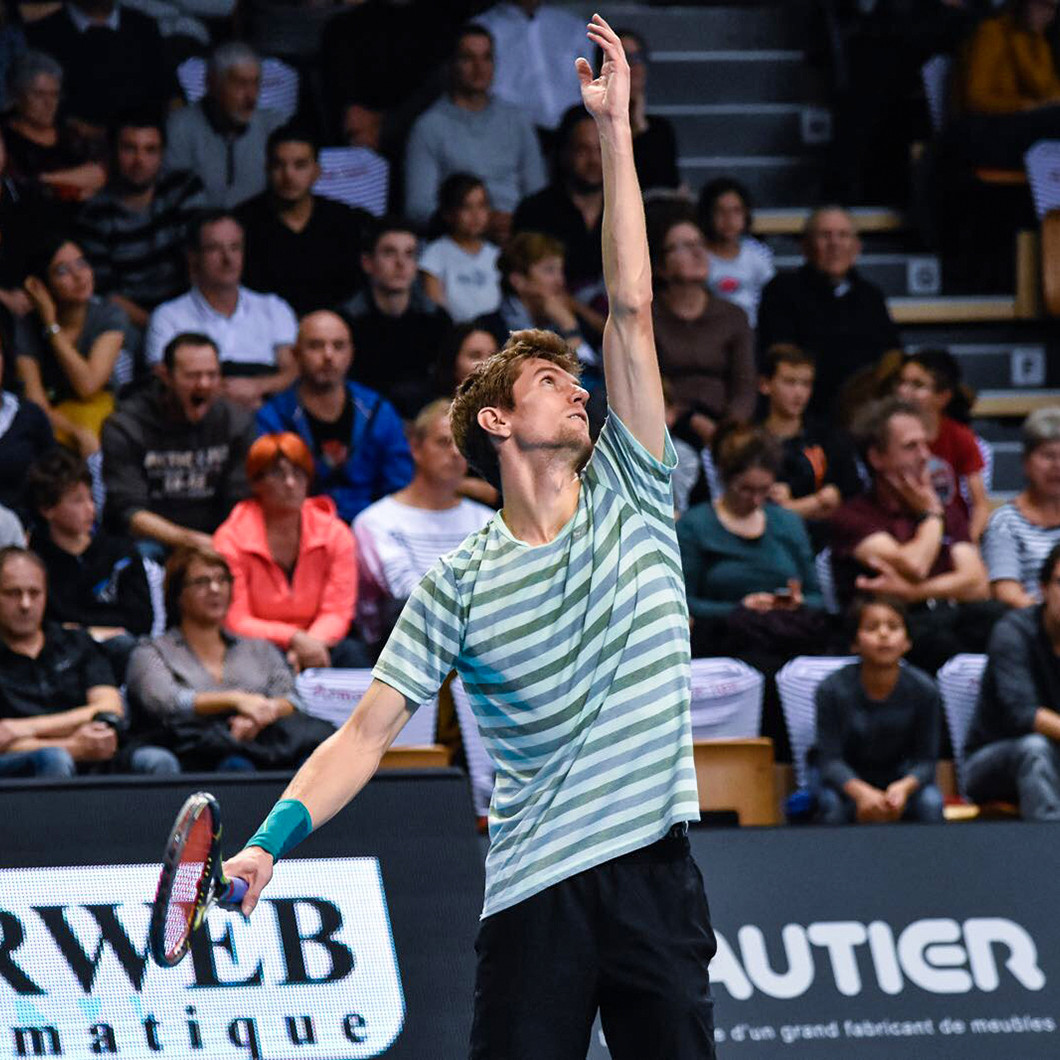 Yannick Maden has found his stride on the ATP Tour this year, winning two ITF Future titles, advancing to two ATP Challenger semifinals and two ATP Challenger finals, ranking him No. 148 in the world. He also has four top-100 ATP wins.

“There were many positive moments throughout this year,” said Maden. “Establishing myself on the Challenger Tour was a big one. I saw progress throughout the year from quarterfinals to the semifinals to finals in the last Challenger event of the year.

“The goal in the beginning of the year was top-250 ATP and to be able to compete in the Grand Slam qualifiers. I played Wimbledon, the U.S. Open, won my first-ever match in the main draw of an ATP 250 event (Metz) and cracked the top 150 in the world. I’m hoping to be able to follow this trend and break into the top 100 next year.”

Prior to turning pro, Maden made the decision to join the Clemson men’s tennis team in 2010, knowing it was centered around team values. Traveling across the world from Stuttgart, Germany, Maden brought his intensity, athleticism and work ethic with him to Clemson. Those helped him make strides and quick improvements throughout his college career and prepared him for his professional career as well.

“I wasn’t ready to compete physically or mentally at the professional level when I was 18 years old,” admitted Maden. “Coming to Clemson gave me the opportunity and time I needed to mature and prepare to be a professional. My tennis grew better each year because of the development, and I also grew as a person in handling my responsibilities, both on and off the court. I wouldn’t have been able to move through the rankings if physically and mentally I hadn’t grown so much in my time at Clemson.”

Maden finished his career at Clemson ranked No. 8 in the nation in doubles while teaming up with his younger brother, Dominique, and ranked No. 31 in singles. The All-American and two-time All-ACC selection finished his senior season with a 26-10 overall singles record, including a 19-6 mark in the No. 1 singles slot.

In doubles, the Maden duo had a 23-7 record and qualified for the NCAA Championships. The Maden brothers were the first duo of brothers to compete for Clemson since 1913, when John and James Erwin teamed up. The senior led his team to the second round of the NCAA Championship and helped the Tigers land a slot at No. 21 in the final ITA top-25 ranking.

“I had a great experience playing in a team environment with my friends at Clemson,” added Maden. “Coach (John) Boetsch and coach (Chuck) McCuen were about daily consistency in your work ethic and your focus. Their message was about improving yourself on and off the court daily and weekly, which over time equals big jumps in your level.

“A year on the professional tour is long and many matches are played. The more consistent you are with your training and competing, the more likely you are to win. Working on these factors with the right dedication and passion over the four years in Clemson and the years after I left made me improve my level to where it is today.”