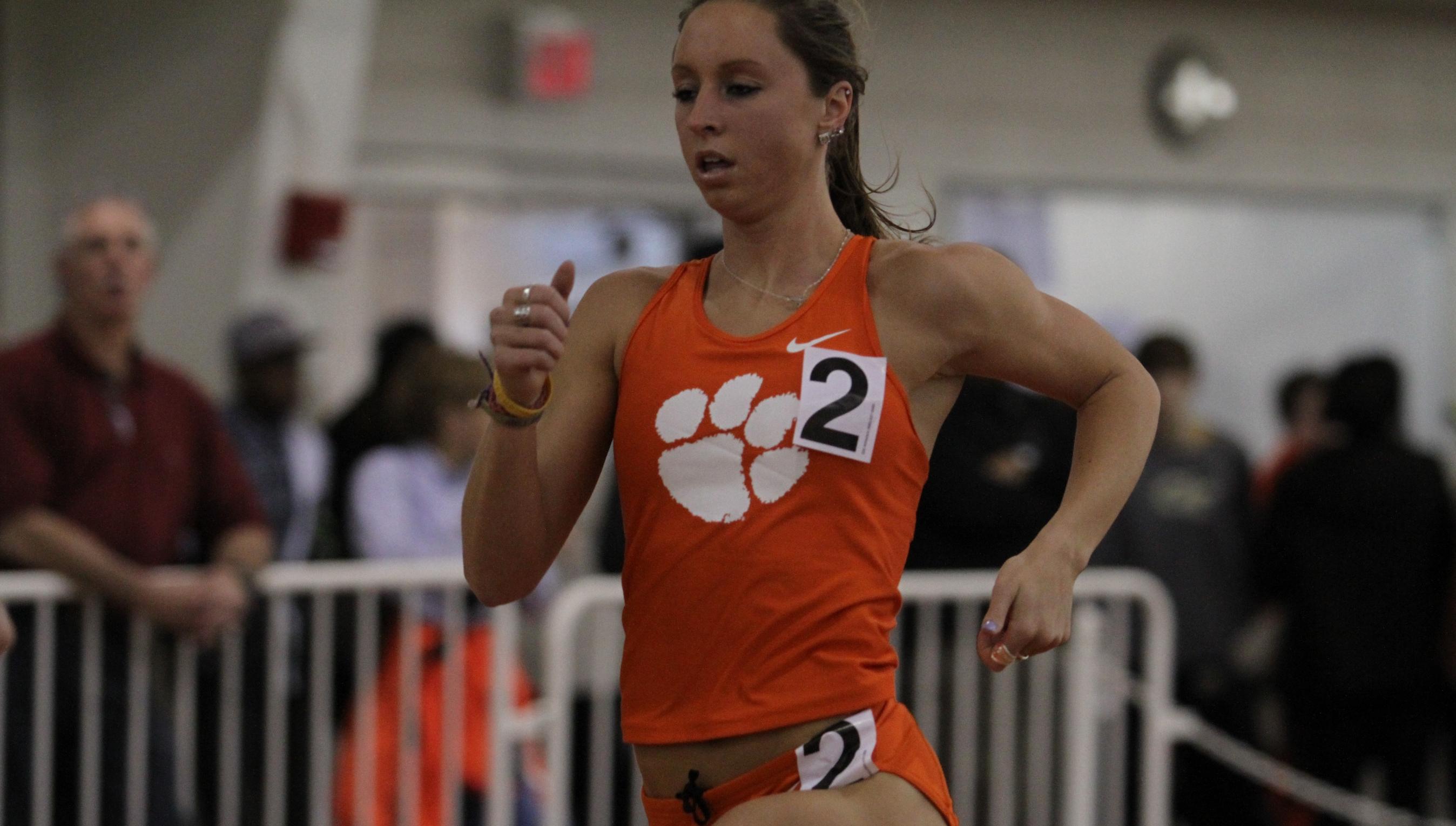 Blanton, Ramirez Highlight Final Day of Action at The Armory

CLEMSON, SC – Middle distance specialists Brianna Blanton and Aaron Ramirez ran to personal bests in the 800 meters Saturday to cap off a productive weekend for the Tiger track & field teams at the Armory Collegiate Invitational in New York City. It was a weekend that saw eight athletes either improve on their position or move into the top 10 on Clemson’s all-time performance list.

“Compared to previous weeks, the majority of our kids performed at a high level,” said Head Coach Mark Elliott. “We had personal bests across the board. The team has shown me where we are as we approach the conference meet. I thought we got some great performances from the pole vaulters. Tevin (Hester) has been very consistent all year. Brianna broke a school record in the 1000 yesterday and ran a personal best in the 800 today. We had three guys in the 5K that all ran their bests.

“Across the board, we’re showing some promise on a conference level. We still have a ways to go on the national level. We’re still waiting on a few women to jump out there and give us a better indication of where we are a national level, but overall I thought it was a productive meet for our two teams.”

Blanton finished off a great birthday weekend in style. A day after turning 21, the Summerville, SC native ran to a personal best 2:09.88 to take sixth place in the championship section of the 800 meters. Ramirez won an exciting final heat of the men’s collegiate 800 meters. He posted an indoor-best time of 1:51.58 to nudge Manhattan’s Gregory Perrier at the finish line. Ramirez’s time ranks just outside the top 10 of Clemson’s record books.

Another victory for the Tiger men in the collegiate section came in the 5K, where sophomore Roland Hakes ran to a personal best 14:30.30 to claim the top spot.

Reggie Lewis advanced to the men’s 200 final and took fifth place. His top time of the day was 21.53 during the preliminary round. He scored in both short sprints for the Tigers this weekend. The women’s 4×400 was the only relay to compete for Clemson on Saturday. The team of Malayshia George, Nia Fluker, Whitney Fountain and Nyjah Cousar combined to a season-best 3:41.89 in an eighth-place effort.

The high jumpers scored top-eight finishes Saturday. Mimi Land tied for fifth in the women’s event after clearing the bar at 5’7.25″ in her second high jump competition of the 2014 indoor season. Torian Ware closed the meet in the field events, going up over the bar at 7’0.25″ to take sixth place.

In the collegiate section of the men’s pole vault, both Aaron Owens (15’11”) and Grant Krieger (15’5″) placed in the top 10 Saturday. For Krieger, it was a season-best clearance. Shemiah Brooks was seventh in the women’s triple jump undercard, with a personal collegiate best 39’8.75″.

The Tigers return to action on the road again next weekend at the Texas A&M Invitational.