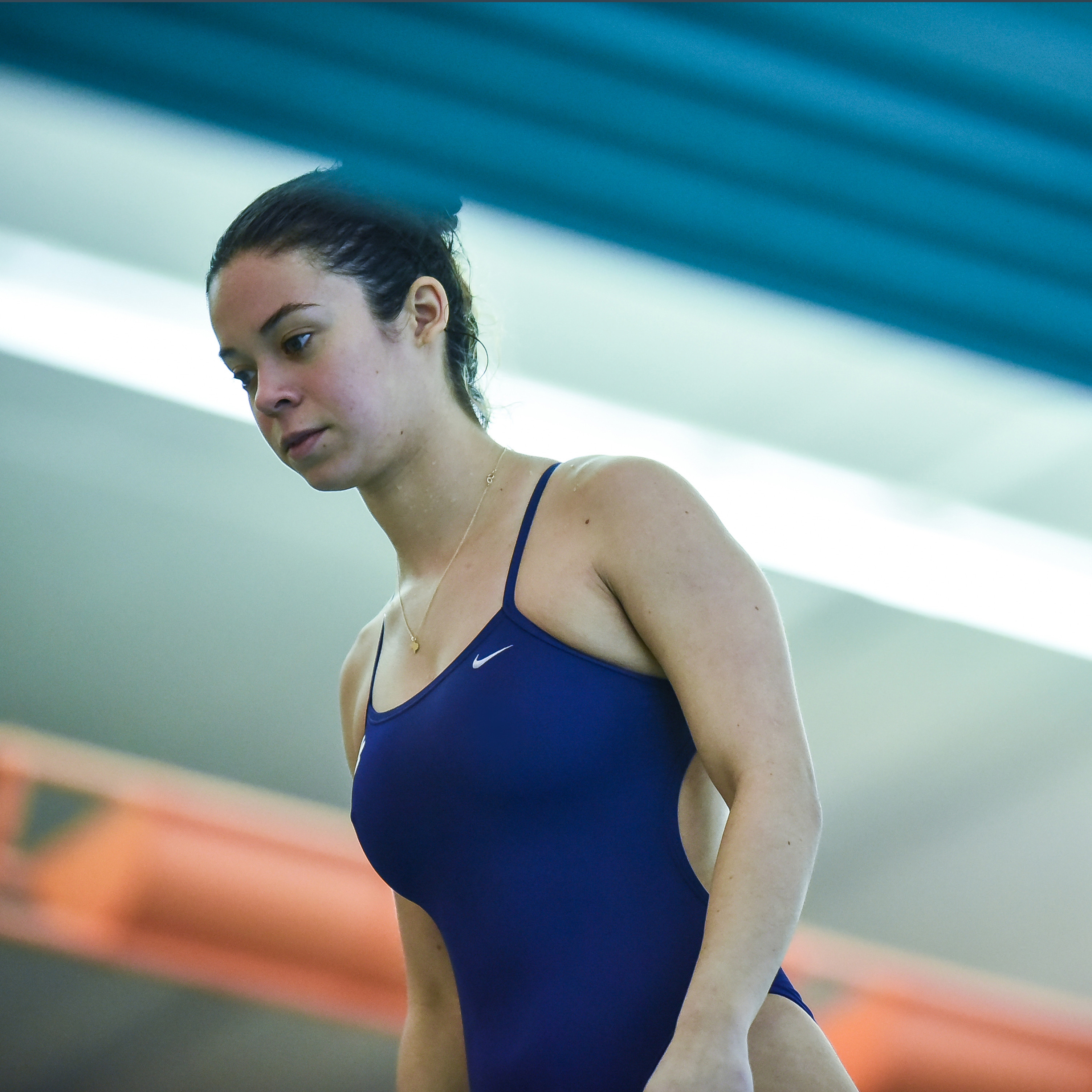 Blank Has Historic Day in Harrisonburg

CLEMSON, S.C. – Sarah Blank became the first diver in the Clemson women’s diving program history to win a springboard event at an invitational meet with her performance at the Dukes Diving Invitational on Saturday, Feb. 6 in Harrisonburg, Va. She is only the second Tiger to win an invitational event, since Jessica Doolittle won the platform event at the Pittsburgh Invitational on Nov. 23, 2014, and the first to do so on either the one or three-meter springboards.

As a team, Clemson was outstanding in defeating three of the four opposing teams at the invitational, losing only to the University of Virginia. The head-to head scores were as follows:

In the three-meter event, Blank stole the show. Consistency in her approach and throughout her routine garnered the freshman a winning score of 300.05, almost eight full points more than the second place finisher in the field of 22 divers. Her score was also a personal-best, the first Zone-qualifying score of her career, and the second-highest score earned by a Clemson diver this season in the event. Allison Brophy was the next best finisher for the Tigers, placing 11th and scoring a 241.40, while Jaya Brown and Erin Lee rounded out the 17th and 18th place spots with marks of 219.00 and 216.65, respectively.

Blank was also Clemson’s top diver at the conclusion of the one-meter competition, earning a fourth-place finish with a score of 259.40. Brown’s 241.50 locked up the eighth spot for the Tigers while Lee placed 12th and Brophy finished tied for 15th. The four divers’ finishes in the field comprised of 23 divers were essential in the point breakdown for the head-to-head scoring on the day.

The Tigers will have one more chance to break that record when they travel to Greensboro, N.C. for the ACC Championship meet slated to begin Wednesday, Feb. 17 through Saturday, Feb. 20 before preparing and competing in the NCAA Zone B meet.