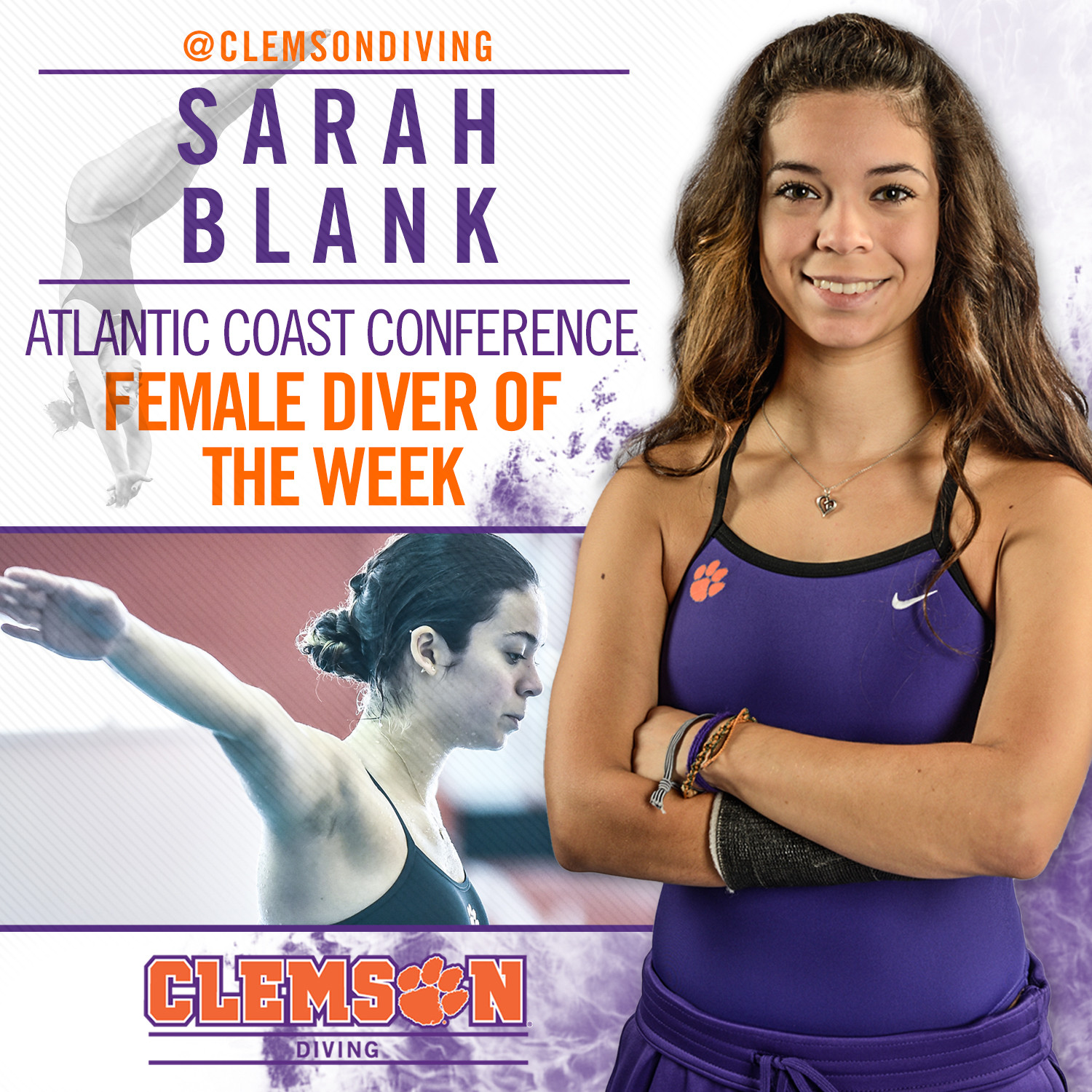 CLEMSON, S.C. – Three days after Sarah Blank became the first diver in the Clemson women’s diving program history to win a springboard event at the Dukes Diving Invitational, she has made history once again. Blank was named the ACC Female Diver of the Week for the week of Feb. 8-14, as announced by the conference on Tuesday afternoon. She becomes the first diver of the 2015-16 season to earn the honor, the third Clemson diver to be recognized and first-ever freshman to garner the conference accolade in women’s program history.

In the three-meter event at the Dukes Diving Invitational, Blank stole the show. Consistency in her approach and throughout her routine garnered the freshman a winning score of 300.05, almost eight full points more than the second place finisher in the field of 22 divers. Her score was also a personal-best, the first Zone-qualifying score of her career, and the second-highest score earned by a Clemson diver this season in the event. Blank was also Clemson’s top diver at the conclusion of the one-meter competition, earning a fourth-place finish with a score of 259.40.

The native of Midland, Texas is one of six divers to have earned Zone-qualifying scores this season and will join the rest of the Tiger divers at the ACC Championships on Wednesday, Feb. 17 – Saturday, Feb.20 in the team’s final slated competition before the NCAA Zone B meet in Atlanta, Ga in March.