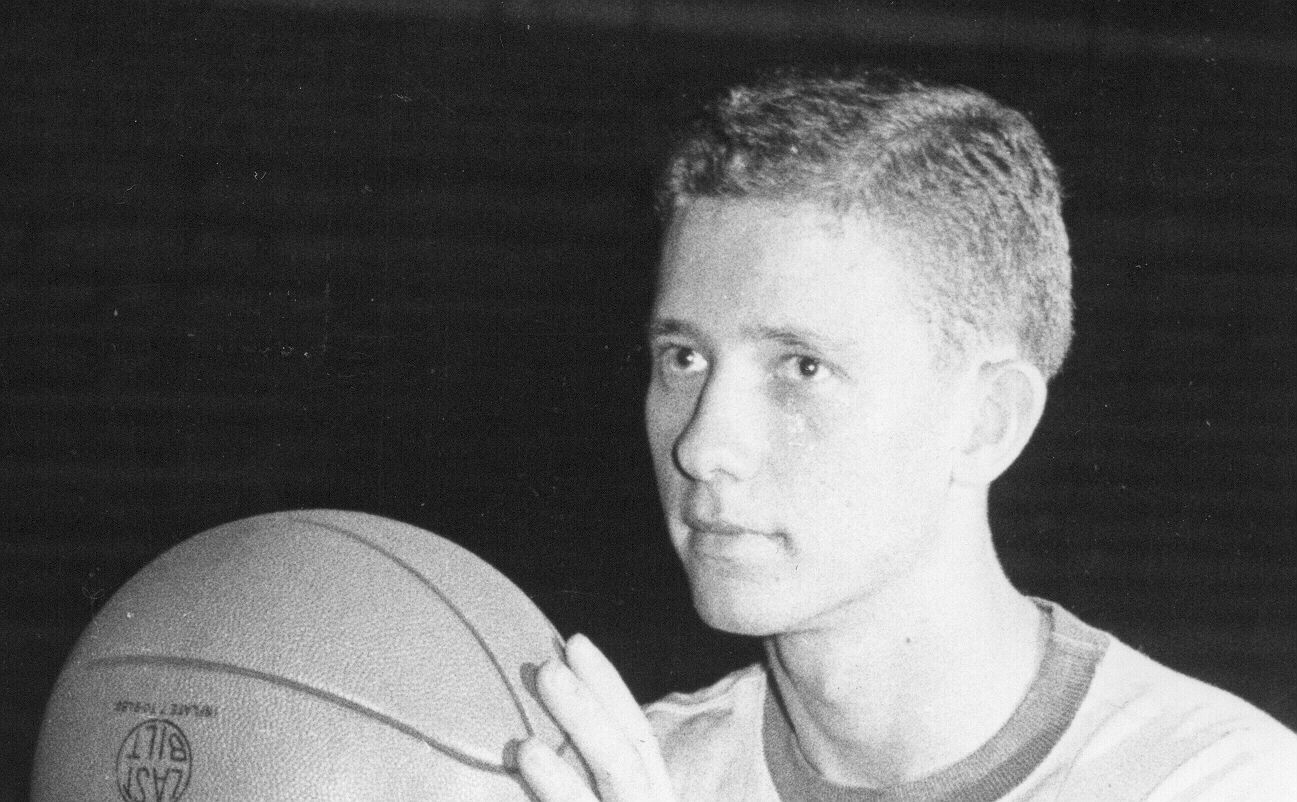 By Sam Blackman With the great news of K.J. McDaniels being named first-team All-ACC being released Monday, a question may come to mind.  Who was Clemson’s first All-ACC player? The Answer is Bill Yarborough of nearby Walhalla, SC.   He first played on the 1952-53 Clemson basketball squad when freshmen were eligible. He earned a second letter for his play during the first semester of his sophomore season, 1953-54, but was injured during the second semester.  Yarbor¬ough then resumed play at Clemson during his junior year (1954-55) and played during what normally would have been his senior season (1955-56). Prior to the 1956-57 season, North Carolina Coach Frank McGuire requested an extra year of eligibility for Tar Heel Jerry Vayda, who, like Yarborough, had sat out one semester during his career. When the vote came before the ACC athletic directors, Frank Howard of Clemson suggested that Vayda be granted the extra year of eligibility only if the same grace year were given to Yarborough. Perhaps figuring that the return of a star player could make Clemson be more competitive within the league, the athletic directors bought Howard’s idea and Yarborough returned for a fifth season. Banks McFadden was one of Howard’s chief assistants in football and was the Head Basketball Coach during the winter. Many of the basketball players at that time were actually football players who merely wanted to stay in shape year-round.

McFadden once said during during Yarborough’s career “that he was one of the best basketball players Clemson has ever produced.”    McFadden who was an All-American at Clemson also said that “Yarborough had the best scoring touch of anyone I have ever coached.”

Yarborough was an exception. After leading Walhalla High School to 33 straight wins and the South Carolina Class C high school championship in 1952, he was recruited by Wake Forest and Clemson. He selected Clemson only because Wake Forest Coach Murray Greason thought that the 6-foot Yarborough was too small to be a forward. Yarborough however, eventually played guard at Clemson and developed into the Tigers’ top reserve as a freshman. He was a starter the remaining four years and eventually earned second-team All-ACC honors in 1954-55 and 1955-56. His two-hand set shot from outside the key was deadly, and he eventually developed a running one-hand shot. Yarborough’s 46-point effort against South Carolina in 1955 remains the scoring record at Clemson in Fike Field House.  It is also still tied for third on the all-time Clemson scoring list in the school’s record book.  Yarborough finished the 1954-55 year fourth in the nation in scoring with a 28.3 figure. “That game was actually one of my biggest disappoint¬ments,” says Yarborough. “We didn’t win, and that really taught me a lesson about one player not being good enough to beat an entire team.   Yarborough recalls. “It was a tough go at Clemson in those days, but it was an educational experience.” Yarborough finished his career with 1,553 points for an 18.3 ppg average.   The 1,553 points is still ninth on the Clemson career list for most points and his 18.3 career scoring average is second behind Butch Zatezalo.   His 28.3 scoring average in the 1954-55 season is the best in Clemson history.  He was inducted into the Clemson Athletic Hall of Fame in 1974.  He was president of Tri-County Tech in Pendleton, SC for 12 years.   Yarborough died on July 27, 1996.   Other notes of interest:    Clemson’s Skip Wise was the first freshman to win first-team all-conference honors in the Atlantic Coast Conference. Vince Yockel was the first Clemson player to be named first-team All-Atlantic Coast Conference and that occurred during the 1957-58 season.   Butch Zatezalo was Clemson’s first three-time All-ACC player as he was a second-team pick three seasons, 1967-68, 1968-69, 1969-70.