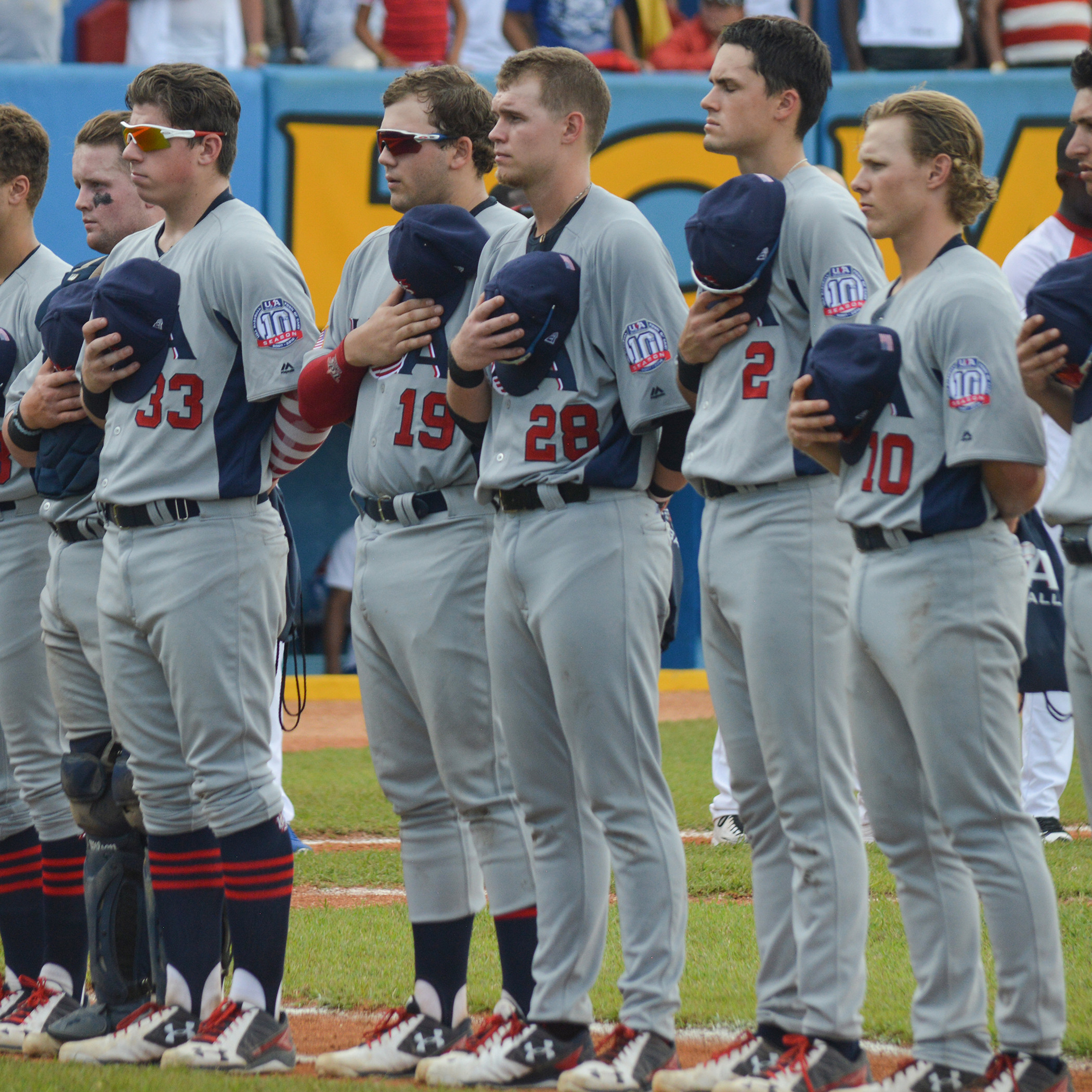 Seth Beer’s international journey with the USA Collegiate National Team this summer started with a middle seat on an 18-hour flight to Taiwan and ended with something Team USA had never accomplished.

Beer found himself a part of a lot of “firsts” during his initial semester at Clemson in 2016, both on a school and national level, including the first freshman to win the Dick Howser Trophy as national player-of-the-year. In July, he added to that list in international fashion, as the USA Collegiate National Team became the first United States team to win a series over the Cuban National Team on Cuban soil. Beer said that the decisive game-five victory was his favorite memory from his time with Team USA.

“Beating Cuba in Cuba was a really cool experience to be able to look back on,” remembered Beer. “Especially to go through it with guys who I met over the course of that month and who I’ll compete against in years to come was special. We’ll be able to look back and say ‘we did it. We did something no one’s ever done before from the United States.’ To be able to represent our country in that part, in Cuba especially, was bigger than the game of baseball itself.”

Much of Beer’s summer experience was “bigger than baseball,” and he said that having the opportunity to represent his country internationally was one of the greatest honors he had ever received.

“First hearing the national anthem when you’re in Chinese Taipei and you’re outside your comfort zone and country, it’s something I’ll remember for the rest of my life,” reflected Beer. “I can’t even put it into words. Just to know that you have your country backing you up when you’re playing in all these different countries was huge.

Outside of Cuba, Team USA played series in Taiwan and Japan. Beer said that he noticed the biggest game differences in Japan, where pitchers would toss 150 pitches on one day of rest and constantly keep hitters on their toes by throwing up to seven different pitches.

“I really learned how to deal with the stress of being outside of my comfort zone of the sport of baseball that I learned in the U.S.,” expressed Beer. “You had to go back to your roots and remember that you’re playing the same game. Even if your opponent plays it differently, it’s still three strikes and you’re out, still three outs and still nine innings. I had to rely on that because I couldn’t rely on anything else.”

Beer also came to rely on his teammates, who came from schools as close as South Carolina or ACC rivals North Carolina and Florida State and as far as UC Irvine. Beer admitted to following the pre-existing rivalries at first, but said that the players grew close through playing for something bigger than themselves.

“You had to understand that even though you might be the best player on your team in college, you’re playing for something bigger than yourself on a United States team,” said Beer. “You had to know that whatever coach had on the lineup day by day was because you wanted to succeed as the United States, not just as a college summer ball team. It was tough, but I think everyone found their groove and we all moved together as one, and I think that’s how we pulled it off in Cuba.

“That was the coolest thing…being able to meet guys from different parts of the country and understanding how they play the game and what got them there and hearing their story. It’s interesting to be able to celebrate that with a game that we all enjoy being around. I definitely made some great memories.”