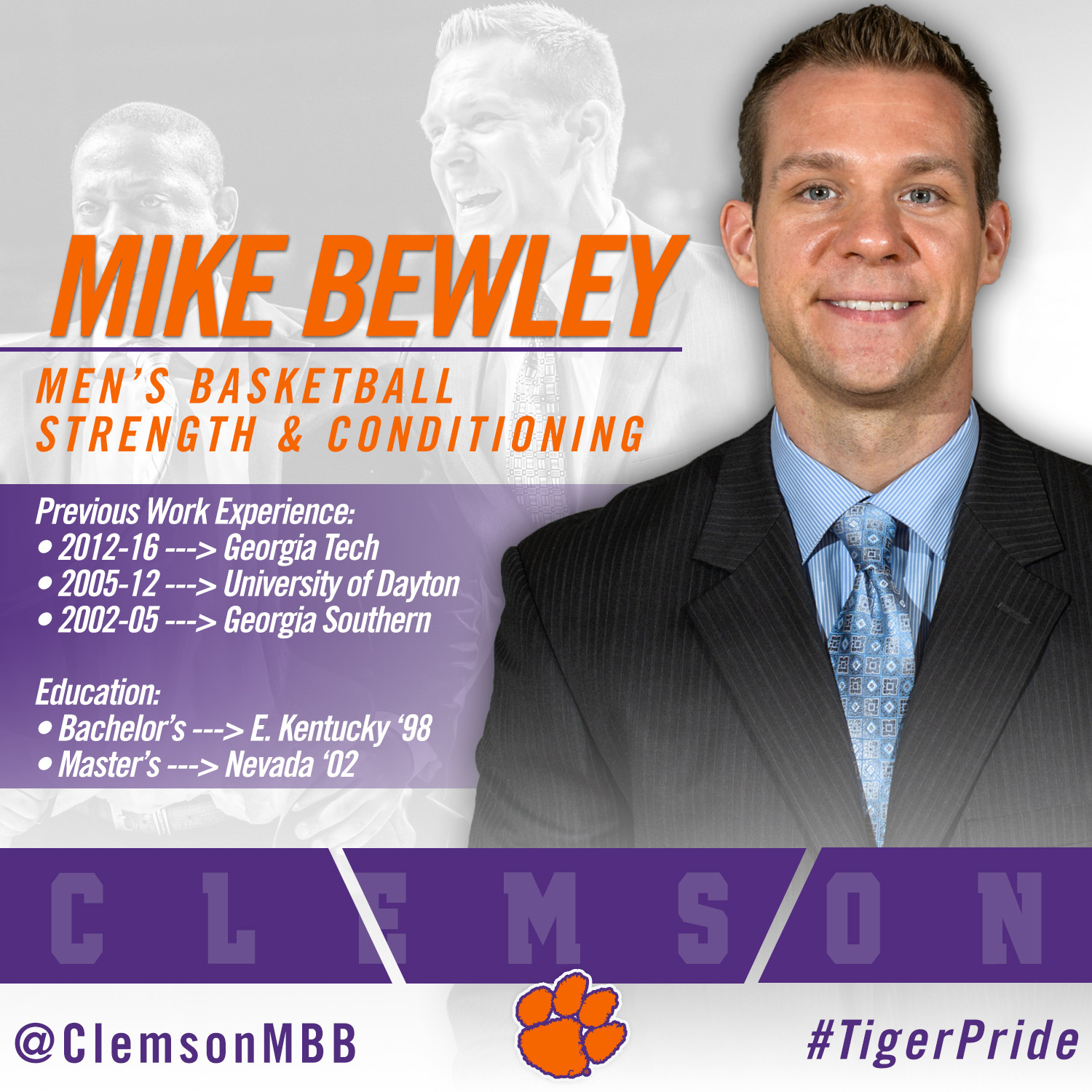 “We’re excited to have both Mike and Brad join our basketball family,” Brownell said. “Mike has a wealth of experience dealing with high-level athletes at both Dayton and Georgia Tech. I love the enthusiasm and passion he has for working with young people. Brad also has great experience working with men’s basketball, and we look forward to his contributions to our program.”

Bewley was assistant director of human performance at Georgia Tech from 2012-16, helping the Yellow Jackets to the quarterfinals of the National Invitation Tournament in March. In four seasons, he was charged with implementing athletic performance programs, supervising team and individual training sessions, and testing strength, power and conditioning for Georgia Tech men’s basketball and men’s tennis.

“It is truly an honor to be working at Clemson University alongside Coach Brownell,” Bewley said. “He and his staff have done a tremendous job building the men’s basketball program, and I’m excited to help add to their continued success with enhancing the team’s physical prowess and performance.”

Crowe joins the Tigers after four years at Mercer University in Macon, Ga., where he worked with men’s and women’s cross country and track & field in addition to his men’s basketball responsibilities.

“I am very excited about the opportunity join the Clemson staff,” Crowe said. “I have heard nothing but great things about the athletic department, the university and community at Clemson, and look forward to being a part of it all.”

Crowe spent two years as a graduate assistant athletic trainer at Louisiana Tech University from 2010-12, where his primary job involved working with men’s basketball. He earned a master’s degree in May 2012 in kinesiology and sports performance. Crowe earned his bachelor’s degree in movement science from Grand Valley State University in Michigan in May 2010.