One of the fastest rising frontcourt prospects in the country officially signs with Clemson. 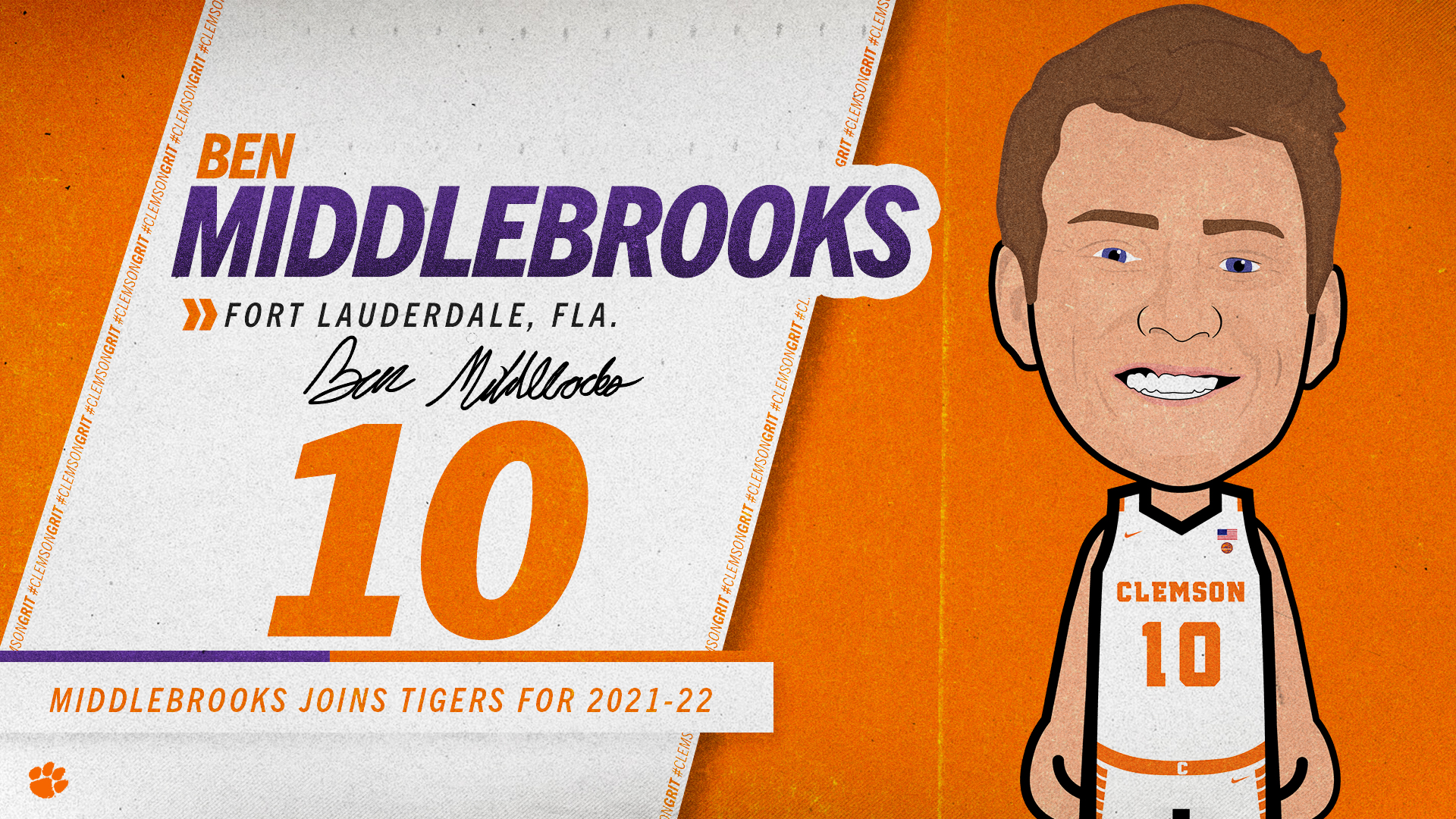 CLEMSON, S.C. — Head Coach Brad Brownell and his staff announced the addition of Ben Middlebrooks (Fort Lauderdale, Fla./Westminster Academy) on Wednesday. Middlebrooks signed to play for the Tigers and is reclassifying from 2022 to 2021.

Middlebrooks’ sister, Mackenzy, was a member of Clemson’s women’s tennis program and graduated in 2021.

“The Clemson Family certainly rings true with the Middlebrooks. I’m very happy that Ben chose to join his sister and become a Tiger,” said Brownell. “Ben is a skilled, versatile big who moves very well for his size and rebounds the ball at a high level. He has a high motor and excels because of his skill level and high basketball IQ. His passion for Clemson was evident throughout the recruiting process and fans will see it in his play.”

He was a member of Each 1 Teach 1 Elite basketball program and they reached the Elite Eight of the 2021 Nike EYBL Peach Jam. He finished second in rebounding during Peach Jam with 9.9 per game. He also tallied 7.7 points per contest.