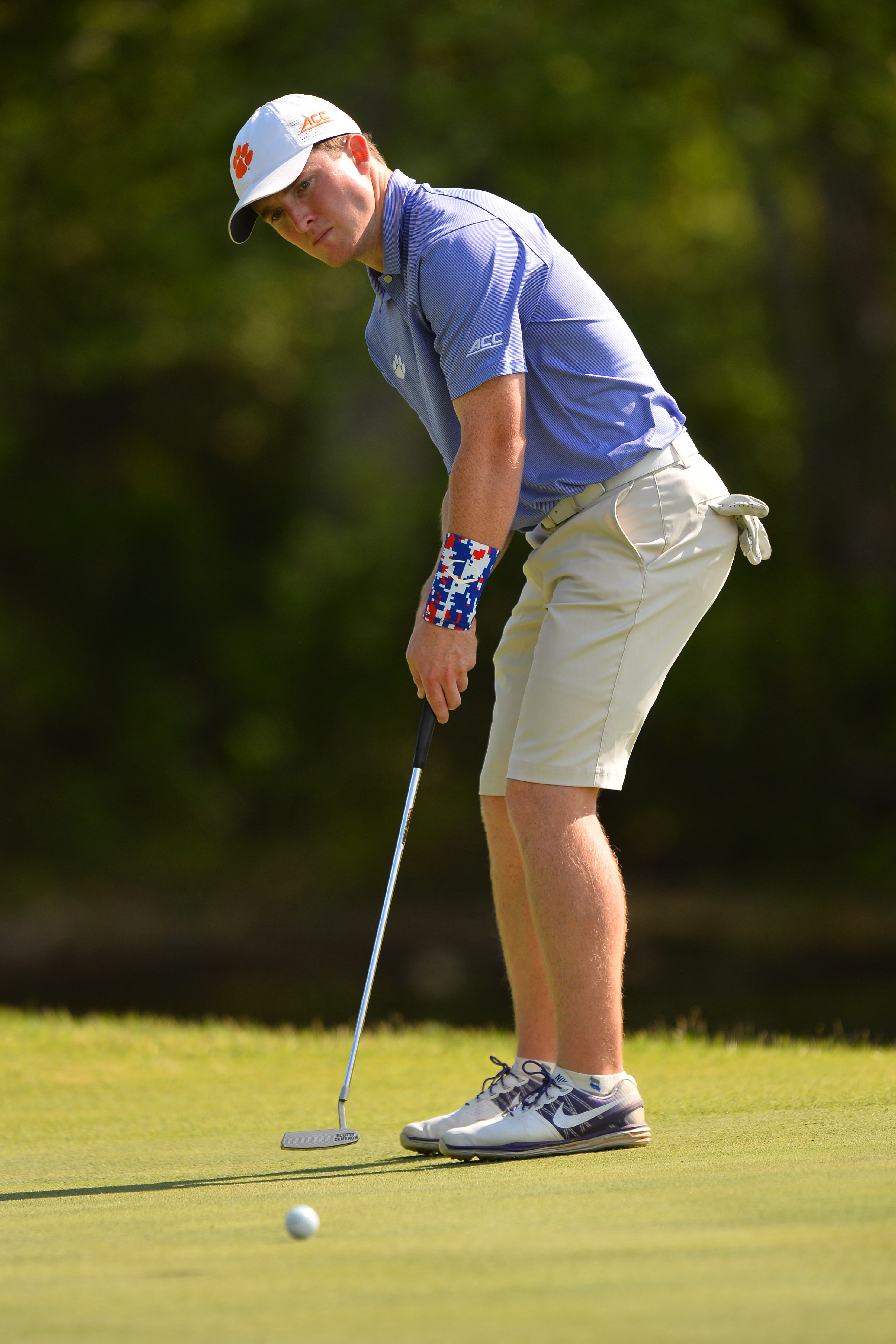 Behr finished the 2015-16 season as one of the most decorated players in Clemson golf history.  The native of Florence, S.C. became the first Clemson golfer to win the Byron Nelson Award, which is presented to the top college golfer for his work on the course, in the classroom and in the community.

Behr was also named a first-team Academic All-American by the College Sports Information Directors of America and was the recipient of the Elite 90 award from the NCAA as the golfer at the NCAA National Tournament with the highest career GPA.  Earlier this week he was named the ACC Scholar Athlete of the Year for men’s golf and was named to the All-ACC Academic team for the fourth straight year, a first in Clemson golf history.

Behr helped lead Clemson to the ACC Championship, the program’s first since 2004 and a No. 14 finish at the NCAA national tournament in Oregon.  He was named All-Regional by the Golf Coaches Association of America and was named All-ACC by the ACC coaches.

Behr ranked 18th in the final Golfweek/Sagarin Computer rankings, the highest ranking by an ACC player.  His 71.94 stroke average led the team, as did his five top 10 finishes and eight rounds in the 60s.

Langdale was also named to the NCAA All-Region team and was a first-team All-ACC selection in 2015-16, his junior season.   The native of Pendleton, S.C. had a 72.21 stroke average for the season and was second to Behr in top 10 finishes (4) and rounds in the 60s (7). Langdale led the Clemson team in birdies with 114 and was ranked No. 43 in the nation in the final Golfweek/Sagarin ranking.

Langdale is currently sitting out the summer as he recovers from a shoulder injury.