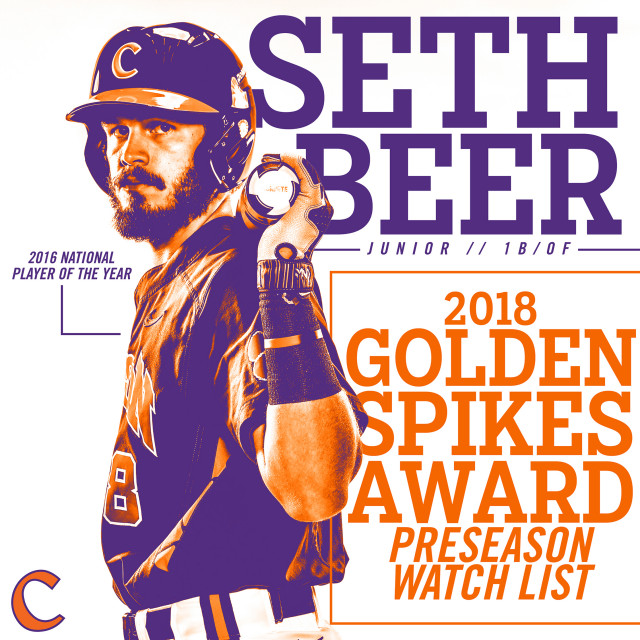 CLEMSON, S.C. – Junior Seth Beer was one of 55 players named to the Golden Spikes Award preseason watch list on Friday. The award is presented each year by USA Baseball to the national player-of-the-year.

Beer, a finalist for the Golden Spikes Award and winner of the Dick Howser Trophy as a freshman in 2016, is a two-time All-American and two-time USA Collegiate National Team member who is hitting .333 with 30 doubles, a triple, 34 homers, 123 RBIs, 108 runs and a .506 on-base percentage in 125 games over two seasons as a Tiger.