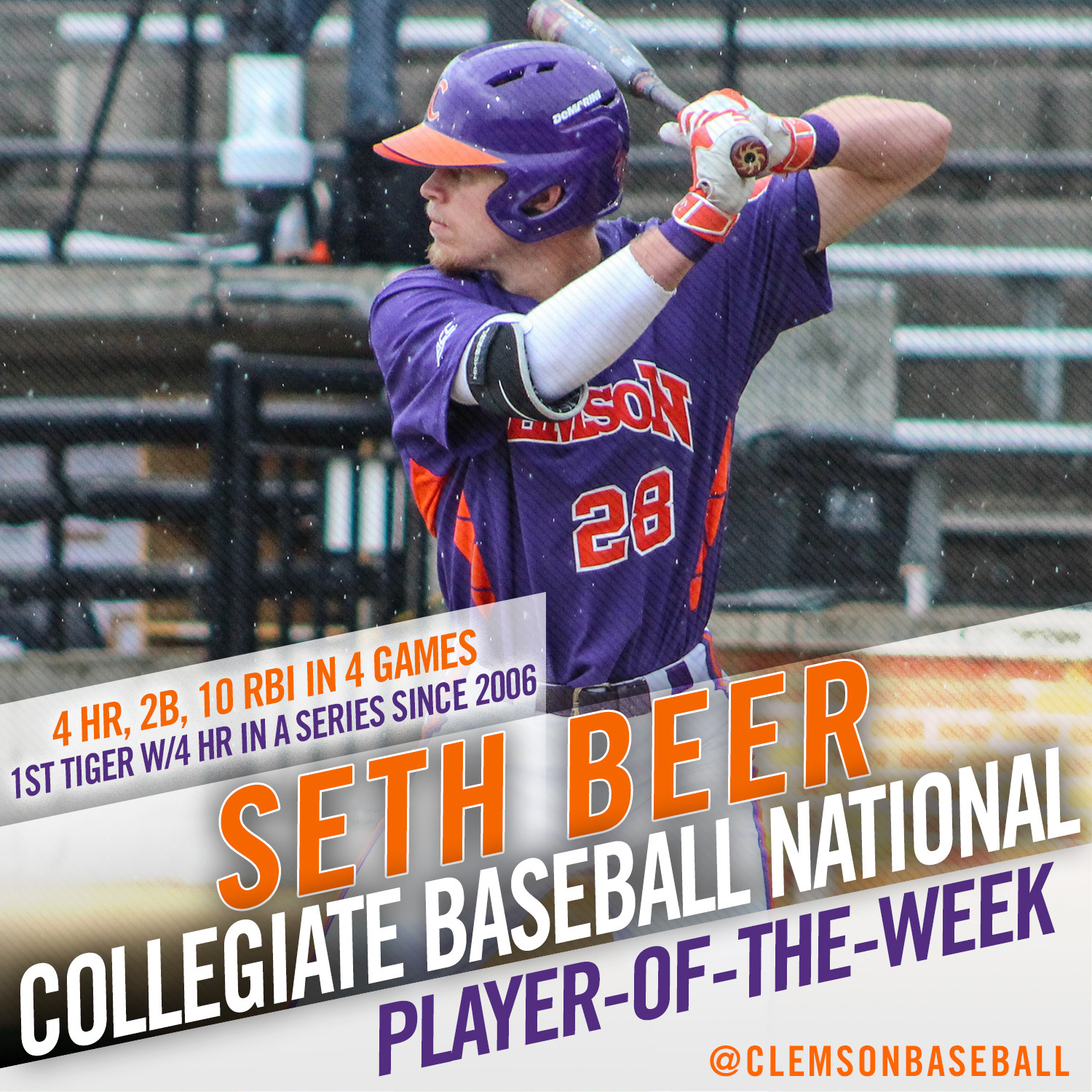 CHARLESTON, S.C. – Freshman outfielder Seth Beer (Suwanee, Ga.) was named one of seven national players-of-the-week by Collegiate Baseball on Monday. Beer led the Tigers to a 3-1 week, including a series win at Wake Forest over the weekend.

Beer had a big week at the plate, totaling four homers, one double, 10 RBIs and a 1.250 slugging percentage. He also had five runs, two walks and one hit-by-pitch against no strikeouts and a .500 on-base percentage.

On Wednesday against Winthrop with Clemson trailing 3-1 in the ninth inning, he belted a two-run double to tie the score. Then over the weekend, he blasted four homers with eight RBIs in the three-game series at Wake Forest. He became the first Tiger since 2006 (Andy D’Alessio at Duke) to hit four homers in a three-game series.